How Rascal the Raccoon Wreaked Havoc on Japan's Farms 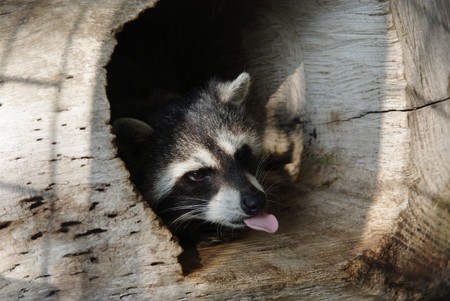 As a country with a love for cute things, Japan’s fandom for the Native American raccoon is one with an almost sinister past. Around 40 years ago the introduction of an anime raccoon named Rascal kick-started a devastating plague across the nation so big it still exists today. This is the story.

The origin story of Japan’s raccoon problem can be traced back to the adorable native tanuki (known in English as Japanese raccoon dogs). Though they share a striking resemblance to the native American raccoon, tanuki and raccoons are not technically related.

In Japan tanuki have forever been considered sights of good fortune and prosperity. It’s a bit of a sad irony given the fact that its imposter, the American raccoon, wreaked havoc on Japanese farms and brought nothing but bad luck and destruction to the country.

The birth of Rascal the raccoon

In 1963 an American book titled Rascal: A Memoir of a Better Era, a memoir of the book’s author Sterling North’s childhood, was released in Japan. It told the story of a young North who adopted a baby raccoon as a companion. For a year the cheeky raccoon and his previously lonely owner went on adventures exploring their own little world. The story was made into a live action film by Disney studios in 1969, simply titled Rascal. Though the comedic film was well received, it didn’t make a massive impact until it hit the Japanese market.

1977 saw the story hit Japan in the way of a 52-episode anime cartoon series titled Rascal the Raccoon (Araiguma Rasukaru in Japanese). Released by the Nippon Animation Company, the dangerously adorable series was so big it even featured early work by the now iconic Studio Ghibli co-founder Hayao Miyazaki. Prior to the existence of Pokemon’s Ash and Pikachu, this story of a boy and his sidekick proved to be a massive crossover hit with Japanese children, thanks to its adorable storyline and the association of American raccoons and the country’s native tanuki.

Like all popular cartoons in Japan, with the release of Rascal the Raccoon came a demand of merchandise, for which the creators and of course Disney were more than happy to oblige. However, the merchandise they didn’t predict was Japan’s want for real-life raccoons. It’s reported that once the show debuted, Japan started importing on average 1,500 raccoons a year purely for domestic ownership.

The realities of raccoon ownership

What isn’t clearly conveyed in the anime series was North’s realization that as raccoons get older, domestic life just doesn’t cut it. When North’s raccoon started to get older, it became prone to acts of aggression, lashing out so much that the author had to let his adopted friend free.

A decade or so after the book’s initial release, thousands of families were faced with a similar fate. Battling to maintain control of these wild American creatures unaccustomed to domestic Japanese life, many simply let the animals go. Given that the country has no native predators to the raccoon, these devilish rascals thrived, growing large families and wreaking havoc throughout the country.

To this day the American raccoon continues to plague the nation, vandalizing local temples, killing native wildlife and rummaging through trash across all prefectures in Japan. It’s estimated that on just the island of Hokkaido alone the pesky creates are responsible for around $300,000 USD in agricultural damage each year!

While local governments have pushed for culling and extermination programs across the country, many people still harbour a fondness for the rascals. Just this year the Nippon Animation even opened up Rascal-based pop-up shop in Tokyo in celebration of the series’ 40th anniversary. Though he may be cute in anime form, rascal has really kept up to his namesake here in Japan. It’s fair to say we’re team tanuki.