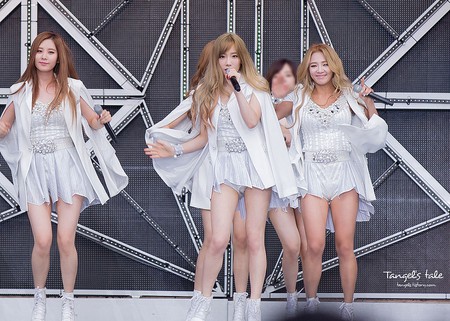 Discover how K-pop broke into the largest music market in the world – Japan – and how it’s changing the musical landscape for good.

History of K-pop in Japan

Japan was bitten by the Hanryu (Korean Wave) bug long before Psy’s 2012 hit “Gangnam Style” took the world by storm. South Korean’s pop culture and entertainment industry was first introduced to Japan through their TV melodramas. The improbable plots and ridiculously attractive casts drew audiences in. Winter Sonata came out in 2002 (2003 in Japan) and was one of the first Korean dramas, or K-dramas, to be aired abroad. Japanese fans couldn’t get enough, and due to popular demand Winter Sonata was aired twice in a single year.

After the country had a taste of Korean entertainment, K-pop had a much easier time conquering the music industry in Japan. Boy bands were the first to arrive. Big Bang is one of the biggest names in the music industry, having achieved a level of global success unrivaled by any J-pop act. Big Bang debuted in 2006 on home turf and expanded into Japan in 2008 with For the World, an album which charted at number 10 on the Oricon Albums Chart. “Sunset Glow” off the Remember album released that same year became the band’s first number one single in Japan.

The Rise of K-pop

South Korean girl bands were right behind the boys. Girls’ Generation formed in 2007 and found their footing by 2009. In 2010, they released their first single in Japan, the Japanese version of “Genie”. With Japan having more than twice the population of South Korea, it’s no wonder K-pop bands are willing to learn Japanese and localize their music for their island neighbor. In 2011, Girls’ Generation released their first studio album in Japan. The self-titled Girls’ Generation was the first album by a foreign girl group to reach number one on the Oricon Albums Chart and the first to sell over one million copies.

A key difference between K-pop groups and their rival J-pop groups is image. Japanese idol groups tend to appear naive, immature and youthful. Historically, female idol groups were formed to entertain a primarily male otaku audience, and the image hasn’t changed much in the years after the idol boom. South Korean bands meanwhile are encouraged to look and act like grown men and women, breathing new life into the stale Japanese pop music industry.

Girls' Generation, one of the most successful Korean girl bands in Japan (2010) | © WikiCommons

In Japan and elsewhere, a love of Korean entertainment has trickled down to other aspects of life, from food and fashion to cosmetics and hairstyles. South Korea furthered its global popularity by leading the BB cream skincare craze and by making waves in the beauty industry with intriguing, exotic products like “snail cream“. Cosmetics have now become a major export for the country, as girls and guys everywhere eagerly snap up products in their quest to discover the beauty secrets of their favorite K-pop and K-drama stars.