Here Are the Best Liquors to Try at a Japanese Konbini 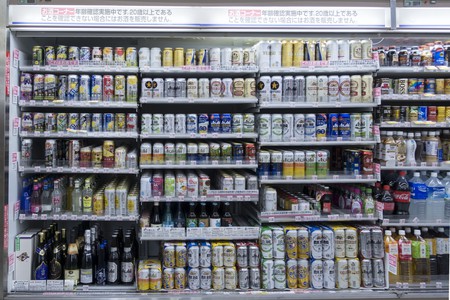 Drinking in Japan is unlike anywhere else. The country’s ubiquitous convenience stores (aka konbini) boast an alcohol selection that would rival most liquor stores. Due to the sheer availability, combined with the fact that drinking on the street is legal, exploring the world of Japanese booze can be a dangerous game. If you’re brave enough to try it out, here are the best liquors you have to try at a Japanese konbini.

Incredibly popular in Japan, chuhai gets its name from the term shochu, which is a rice-based spirit and ‘highball’ mixer. With a 9% ABV and 500ml can size, the name ‘strong’ is definitely apt. Strongs are chuhai-based pre-mixed drinks that come in a variety of seasonal flavours. Strongs come in a few different variations: there’s the classic Strong, the more health conscious sugar-free Strong Zero and, for those who can’t handle so much sweetness, the Strong Dry. Super easy to drink, be warned they will knock you out before you’ve managed to finish off a six-pack.

Another member of the chuhai family, the Horoyoi chuhai range is perfect for the lighter, more taste-oriented drinker. Sitting at a more manageable 3% ABV, Horoyoi chuhai is one of Suntory’s most popular summer drinks. Though the company produces and releases a variety of limited edition flavours, one staple is the ‘White Sour’. Like the popular soft drink Calpis, the White Sour chuhai is carbonated and a little milky, which might not sound like a great choice, but it’s strangely quite refreshing.

Don’t be fooled, though it may look like beer, be marketed like beer and sit on the same shelf as beer, Asahi Clear is happoshu, not actually beer. Translating to ‘bubbling spirits’, happoshu is a beer-like drink with a malt content less than 67%. Given the country’s higher tax on beer with a higher malt content, happoshu is a way for the brewing companies to avoid the tax spike. There are many varieties of the drink, and taste varies from dirty water to almost beer, but it’s worth trying it out to see if you can tell the difference. Given they’re often a few hundred yen cheaper than real beer, a night on this won’t hurt your wallet as much as it will hurt your head the next morning.

Produced by Sapporo breweries, home to one of the country’s most loved beer makers, Premium Yebisu All Malt Beer is one of the more flavourful mainstream beers on the market. Yebisu was originally crafted in Tokyo before being bought out by Sapporo, which is why it’s named after the inner city suburb of Ebisu. Its more robust flavour and super sleek gold can give off the impression of being a luxury beer, which it is if you can consider any konbini alcohol a luxury item. 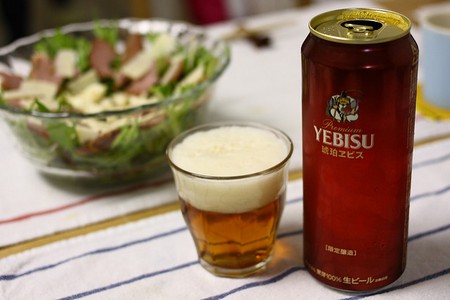 Though many would associate Japan’s population with being mainly sake lovers, it’s actually beer and whisky that take the title of being the country’s first drinks of choice. Suntory is the country’s premier whisky company, and they produce some of the consistently best and easy to drink whisky on the market. Though there are as many ways to enjoy whisky as there are drinkers, a crisp highball is one of the more popular choices. If you’re on the run and don’t have time to mix yourself, you can pick up a Suntory Kaku Highball pretty much anywhere. 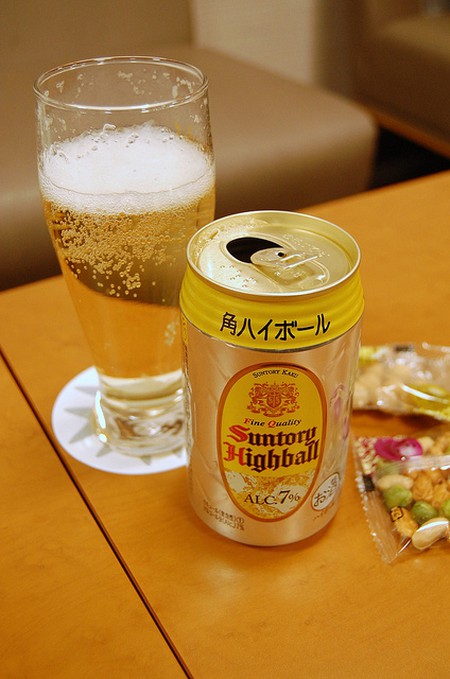 Though perhaps dipping in mainstream popularity, it’s almost a crime to talk about drinking in Japan and not mention the country’s most iconic tipple, sake. Probably sitting at the lower end of the alcohol chain, One Cup Ozeki Sake is an easy way for non-sake connoisseurs to try out the rice-based spirit. To be consumed at room temperature, the drink comes in a tidy 200ml glass cup. With a metal pull-ring top and resealable plastic cover, it represents everyday Japanese innovation and convenience at its best. For a few yen, it’s worth the experience, even just once.

Plum wine is a super sweet combination of alcohol, Japanese plums and a whole lot of sugar. Like whisky, there are a number of ways to enjoy the syrupy drink; however, given its powerful sugar content even the sweetest tooth may find it difficult to stomach. In order to balance the flavour, the most manageable way to drink umeshu plum wine is with soda, like a spritzer. Made with 100% Japanese plums, these 250ml cans feature a 3% ABV, which means it packs a punch in the flavour department without getting you too drunk.