A Music Lover's Guide to Tokyo 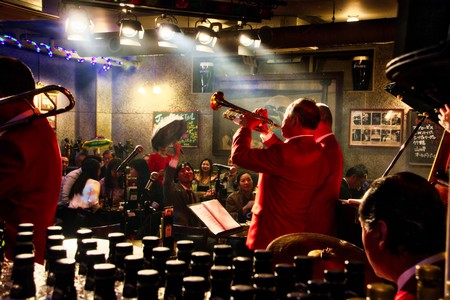 Japanese pop? Live jazz? Underground vinyl? No matter what type of musical entertainment you’re after, you’ll find something in Tokyo to suit your taste. Culture Trip has rounded up the best venues, record shops and musical emporiums for the ultimate tour around the Japanese capital.

Tokyo is an eclectic city and the music scene is no different. Though not internationally recognised like London or New Orleans, it’s among one of the most exciting and unique hubs for creativity. Pop music dominates –Arashi, Kyary Pamyu Pamyu, AKB48 and Utada Hikaru are among the most famous Tokyo artists, but truly anything goes. Record stores thrive, underground scenes flourish (if you know where to find them), and tiny niche bars dedicated to obscure genres are everywhere. Below are the best places in Tokyo for music lovers.

The best record stores in Tokyo 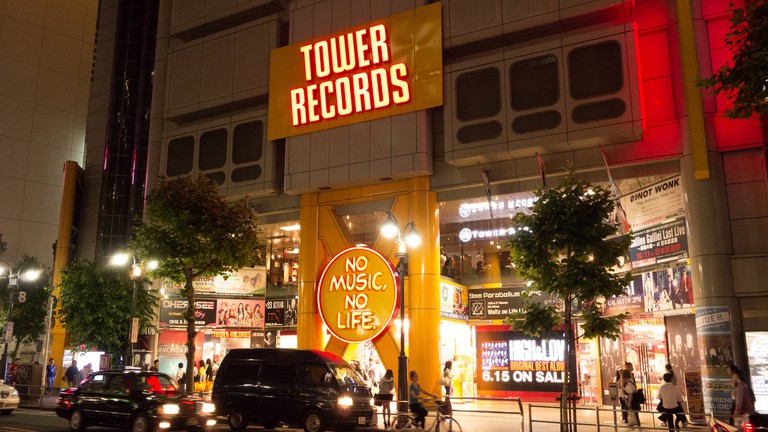 Tower Records in Shibuya | © Daniel Ramirez / Flickr
This gigantic store in Shibuya is one of the biggest CD retailers in the world. Tower Records was formerly an American franchise, but its Japanese locations have held on thanks to strict digital licensing laws. New and old CD releases, merchandise, a bookstore (with an English section), an art gallery and even an intimate concert space span the shop’s nine floors. There’s also a café with outdoor dining during the warmer months, so you can relax and enjoy your purchases while taking in the sights and sounds of downtown Tokyo.
Open In Google Maps
14 22, 1-chōme, Jinnan Shibuya City, Tokyo, 150-0041, Japan
+81334963661
Visit Website
Give us feedback

Big Love Records, a nostalgic record store and bar all in one

Shop, Store
Facebook
Email
Twitter
Pinterest
Copy link
Share
Map View
Family-run business and record label Big Love in Harajuku is known for its wide selection of underground and indie vinyls, cassettes and CDs. It’s garnered something of a cult following, especially among fans of electro, new wave and punk. The owner, Haruka Hirata, speaks English and is happy to spread her love of indie records to visitors. After exploring the funky shop, relax with a local craft beer at the bar.
Open In Google Maps
3 31, 2-chōme, Jingūmae Shibuya City, Tokyo, 150-0001, Japan
+81357751315
Visit Website
Give us feedback

Five G Music Technology, the place to nerd out over Japanese instruments

Store
Facebook
Email
Twitter
Pinterest
Copy link
Share
Map View
If you’re looking to pick up an instrument rather than just listen to one, check out Five G Music Technology in Shibuya. People tend to spend hours browsing and sampling its range of new and vintage synthesisers. A wander through the expansive selection of musical instruments from across the ages is almost like walking through a museum of music.
Open In Google Maps
4F, 2 14, 1-chōme, Jingūmae Shibuya City, Tokyo, 150-0001, Japan
+81337460861
Visit Website
Give us feedback

Where to see live music in Tokyo

Music Venue
Facebook
Email
Twitter
Pinterest
Copy link
Share
Map View
Liquidroom in Ebisu is the place to catch a gig in Tokyo. Rihanna, Foo Fighters, Yoko Ono’s Plastic ONO Band and Animal Collective are just some of the famous acts who’ve performed there. Praised for its size and sound quality, the venue is frequently named one of Tokyo’s best live music spots, with a roster of musicians spanning a wide range of genres. Check out their schedule online or pick one up at Tower Records.

Unit, the place to see big name acts up close

Music Venue
Facebook
Email
Twitter
Pinterest
Copy link
Share
Map View
Unit is a medium-sized venue with a state-of-the-art sound system – and a killer line-up. Smaller than the Liquidroom, it offers a more intimate space in which to see big acts. Bloc Party, The Go! Team and New Mastersounds have all made appearances. A wide variety of Japanese artists, both big and small, also play regularly.
Open In Google Maps
17 34, 1-chōme, Ebisunishi Shibuya City, Tokyo, 150-0021, Japan
+81354598630
Visit Website
Give us feedback

Intimate Intro is one of the best jazz clubs in the city. The wild vibe is apparent in the club’s motto: “smokin’ drinkin’ never thinkin'”. Yet a visit to the regular, late-night jam sessions is sure to convince any listener of the talent that comes through here. Sometimes the bartending owner himself joins in, trading a glass for a saxophone. The musical experimentation often goes on well into the night, if not until the sun comes up. And the best part? Listening is free.

Cafés and restaurants with good music

Meikyoku Kissa Lion is a landmark relic of the past. Open since 1926, this Shibuya staple is one of the few meikyoku kissa (classical music cafés) left in Japan. Kissa is short for kissaten, a traditional coffee shop inspired by European cafés. Lion continues an almost century-old tradition of drinking coffee while listening to classical music in near silence. It resembles a storied church or perhaps a retro theatre, with chandeliers, cracked wooden accents, and plush chairs laid out in rows in front of the massive wooden speakers.

Hands Expo Cafe is a great place to visit for an all-around Tokyo experience. The food is delicious and beautifully presented (Culture Trip recommends the pancakes), there’s a shop stocked with cute souvenirs and edible treats, and musicians take to the stage weekly. One of the main draws of Hands Expo Cafe is the regular traditional Japanese music performances. Here you can experience the sounds of the fue (bamboo flute), taiko (drum) and biwa (lute).

Tokyo nightclubs with beats you can dance to

Koara, a DJ bar with good vibes and great music

Bar, Pub Grub
Facebook
Email
Twitter
Pinterest
Copy link
Share
Map View
Koara (Koala) is one of the city’s best locales for local and international underground talent and a guaranteed good time. This house and techno bar is hip and relaxed, always filled with good vibes and good people. The friendly bartenders can speak some English and are happy to chat – if you can hear them over the music.
Open In Google Maps
15 13, 1-chōme, Jinnan Shibuya City, Tokyo, 150-0041, Japan
+81364230644
Visit Website
Give us feedback 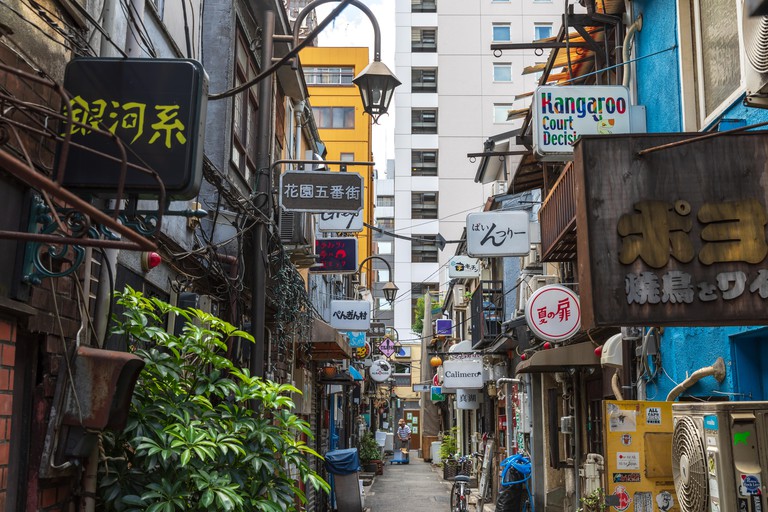 Golden Gai, Shinjuku | © Thomas Kyhn Rovsing Hjørnet / Alamy Stock Photo
Book Now
This nightclub in Shibuya is said to have one of the best sound systems in the city. Sound Museum Vision, or Vision for short, likes to keep the line-up fresh, so you can expect an international hip-hop star one night and all-night house beats the next. Check out their website for upcoming events and live performances. Visitors must be over 20 to enter.
Open In Google Maps
7 10, 2-chōme, Dōgenzaka Shibuya City, Tokyo, 150-0043, Japan
+81357282824
Visit Website
Give us feedback

Little Soul Café, for the best in soothing soul

One of Japan’s biggest summer music festivals is Summer Sonic, an annual event that draws thousands of fans from around the world. Held simultaneously in Chiba (Tokyo) and Osaka, the event has featured big international stars such as Kyary Pamyu Pamyu and Metallica, as well as underground up-and-comers.

This worldwide electronic music festival takes place annually in Odaiba, an artificial island in Tokyo Bay and one of the city’s most iconic entertainment districts. Over 400,000 festival-goers show up every year to listen to the likes of deadmau5, David Guetta, Afrojack and Tiesto over a three-day period. And the visual and light displays are a sight to behold, too.

Open In Google Maps
Tokyo, Japan
Give us feedback

This is an updated version of an article originally created by Alicia Joy.