A History Buff’s Guide to Hiroshima

While Hiroshima is perhaps best-known outside of Japan for the solemn events that took place there during World War II, Hiroshima City and the prefecture at large have a rich history that played an important role in Japan’s shift from a feudal to modern society.

Modern-day Hiroshima is located in the Chugoku region, the area west of Kansai, where it shares its northern border with Shimane prefecture and has its southern border on the coast of the Seto Inland Sea. On that side, it faces the island of Shikoku with numerous islands dotting the sea between the two. The prefectural capital, Hiroshima City, is one of the most famous sightseeing destinations in Chugoku. 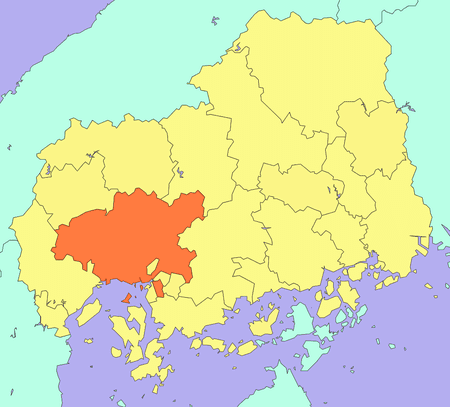 In prehistoric times, however, most of Hiroshima City was still submerged in the Seto Inland Sea, although earthenware relics from the Jomon period indicate activity on certain Hiroshima islands. Around the late 6th to early 7th century, the area became a cultural bridge between Kyushu, further to the west, and Kinki, the modern-day Kansai region, with trade routes through the mountains and along the coast. At that time, eastern Hiroshima was known as Bingo Province while western Hiroshima was known as Aki Province, which by the end of the Heian period, was already becoming famous in Japan for Itsukushima Shrine, with its floating torii gate on the sea—today a UNESCO World Heritage Site—although the gate wouldn’t acquire its current brilliant vermilion color until the 1800s. 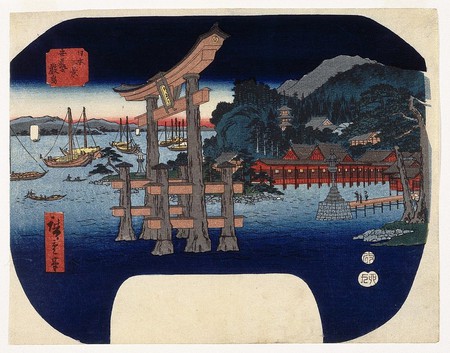 The founding of Hiroshima

The Mori clan ruled over Aki Province, Bingo Province, and the rest of the modern-day Chugoku region during the Sengoku, or Warring States, period of Japan’s feudal era. In the late 16th century, Terumoto Mori decided to build a castle from which to rule over his extensive domain, which was completed in 1599. For its location, Mori selected the delta of the Ota River, which flows through Hiroshima into the Seto Inland Sea.

At the time, the area was referred to as Gokamura, or “Five Villages,” due to the five lobes of the delta. However, when construction on the castle began, Mori renamed the area Hiroshima: Hiro for his ancestor Ōe no Hiromoto, and Shima after Fukushima Motonaga, who helped Mori select the site for the castle. Hiroshima also has the double meaning in Japanese of “wide island,” which aptly describes the island in the center of the delta on which Hiroshima Castle was built. 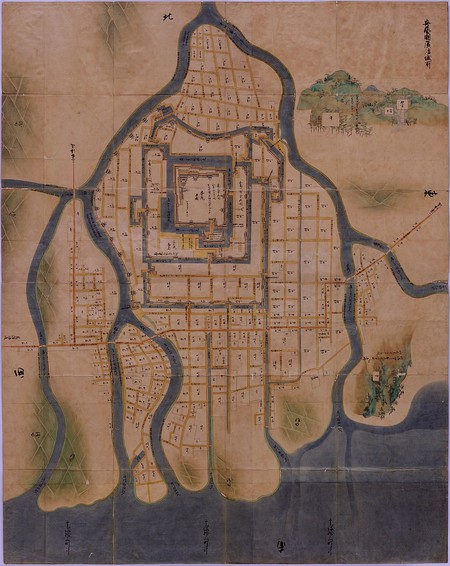 Unfortunately, Mori didn’t get to keep his new castle for long: In 1600, he found himself on the losing side of the Battle of Sekigahara and was forced to abandon Hiroshima. The Tokugawa shogunate, which gained control after the battle, passed some strict edicts to maintain control over the feudal lords. One such rule was “The Law of One Castle Per Province,” which led to the dismantling of thousands of castle strongholds.

Hiroshima Castle was allowed to remain standing and Tokugawa Ieyasu awarded it to his ally Fukushima Masanori—no relation to Mori’s vassal Fukushima Motonaga— declaring him daimyo, or feudal lord, of the Hiroshima Domain. Of course, Fukushima himself didn’t last long before he displeased Tokugawa and was ‘reassigned’ (read: demoted) to the backwoods of Nagano. The Hiroshima Domain was then awarded to the Asano clan, who ruled for more than 10 generations.

Over the next few centuries, under Asano rule, Hiroshima City expanded to become a bustling Edo castle town and was a center for fishing, commerce, and the arts in the Chugoku region.

Meiji restoration and the end of the feudal system

The Meiji restoration ended rule by the shogunate and returned power to the emperor, with the goal of reforming and modernizing Japan by combining Western technology with traditional Japanese values. Aki Province was abolished, and the Asano clan lost control of the Hiroshima domain, which, along with the other domains, was re-formed into new government prefectures. In addition to the abolition of the domain system, thousands of Japanese castles were either dismantled or allowed to fall into disrepair under the 1873 Ordinance for Keeping and Disposal of Castles and Selection of Military Posts, which is one of the primary reasons only 12 of Japan’s original castles remain standing today. Hiroshima Castle was allowed to remain standing and was converted into a military facility. 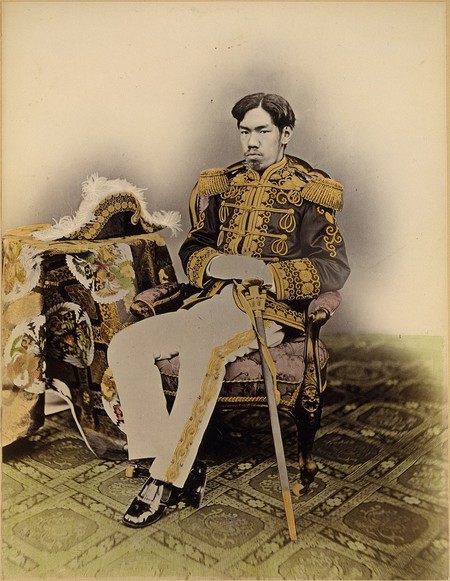 Hiroshima’s role in World War II was that of an important supply base, war manufacturing center, and major military post. Hiroshima Castle itself housed the Imperial Army forces responsible for defending all of southern Japan, who were positioned in Hiroshima to deter a mainland invasion by Allied troops, who had already captured the Okinawa Islands.

Of course, the mainland invasion of Japan never took place, due to the fateful events of August 6, 1945, and the ensuing bombing of Nagasaki on August 9, which led to Japan’s surrender to Allied forces. 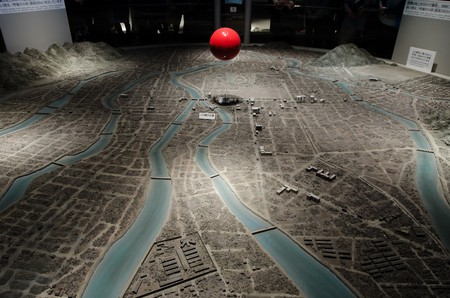 Hiroshima Peace Memorial Museum model depicting the city before the bombing; the red orb indicates the fireball that was created by the a-bomb’s detonation | © Cotaro70s / Flickr

In the years following World War II, Hiroshima has redefined itself as a city of peace, a lesson for all humankind, and a community of unrelenting spirit.

Hiroshima City regularly hosts events dedicated to pacifism and is a center for the anti-atomic movement in Japan. The Hiroshima Peace Memorial Park was built from 1950 through 1964 around the ruins of Genbaku Dome, or The A-Dome, one of the only buildings to remain standing close to the hypocenter of the atomic bomb. The dome ruins are believed to have retained their structure only because the building was located directly below the bomb’s detonation point. 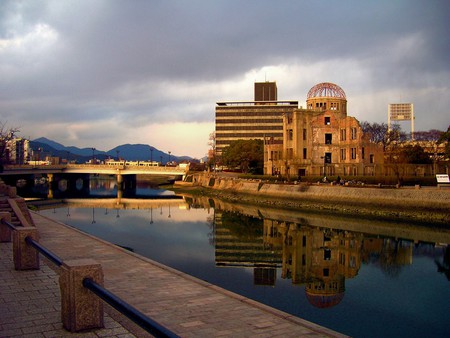 Hiroshima Castle, which established Hiroshima as a place of power and influence during the feudal era, managed to survive not one but two separate edicts that demolished thousands of other castles in Japan from 1615–1873. But, unfortunately, it did not survive the events of August 6, 1945. However, three resilient trees—a eucalyptus, willow, and holly—on the castle grounds did. Hiroshima Castle was rebuilt in 1958 as a museum and cultural center and goes by the nickname Rijo—or Carp Castle. 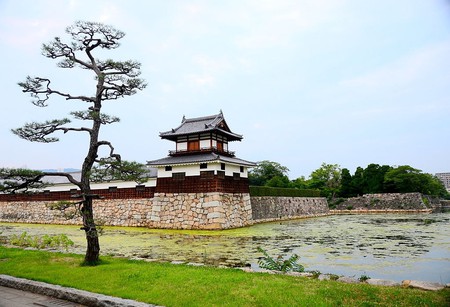 And Hiroshima is not a city that has languished over the tragic events of World War II. The spirit of Hiroshima’s people is strong and resilient, much like the trees that survived the bombing. Despite the city’s solemn history, you’d be hard-pressed to find a warmer or livelier bunch of folk anywhere in Japan who love their beautiful city, delicious local food, and baseball—the most popular sport in Japan—more than the people of Hiroshima. 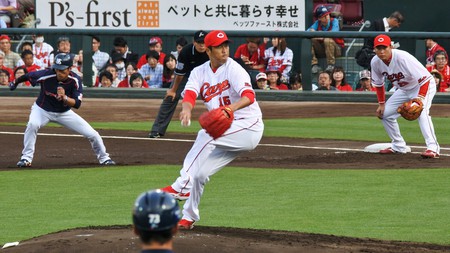