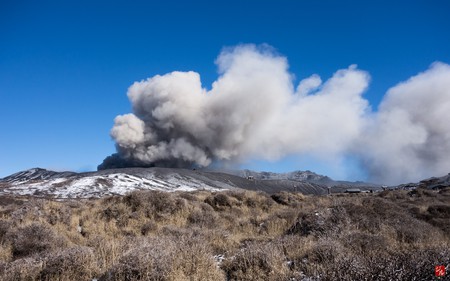 Mt. Aso is an active volcano and one of Japan’s many secret natural wonders. Accessible and fascinating, here’s a guide to exploring this breathtaking location.

Although when asked to picture Japan, many images that get conjured up in people’s minds are the neon-drenched streets of Tokyo, and the historic old buildings of Kyoto, in reality, there’s so much more to the country than that. In fact, Japan is home to some of the most incredible natural landscapes in the world, and Mt. Aso is a perfect example.

Sitting proudly in Kumamoto Prefecture, on the island of Kyushu, is where you’ll find Aso City, a humble town that is home to one very impressive and fearful local: Mt. Aso. A still active volcano, it lets its presence known with the seemingly constant flow of smoke that billows from the caldera; sometimes the volcano is so active that it’s shut off to the public. If you’re feeling adventurous, it’s definitely worth visiting. 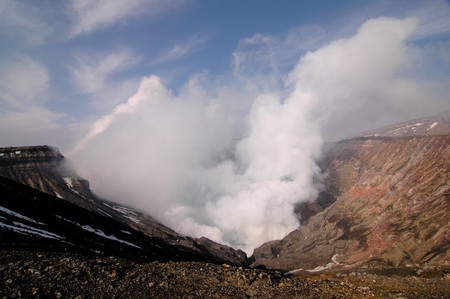 What is so special about it?

It’s actually home to one of the world’s largest calderas, which stretches up at 25 kilometers in diameter and a circumference of over 100 kilometers. In ancient history, it’s even said that the caldera was so big and habitable that people literally lived inside of it. 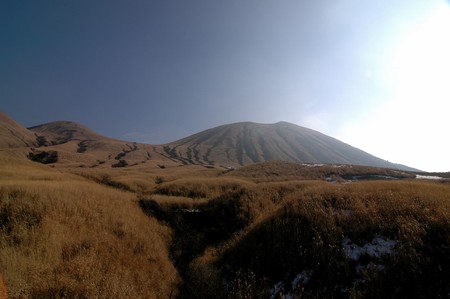 Thanks to the volcano’s activity, it’s arguably one of the most visually striking places in Japan. Its grey, jagged, crevasse-filled, rocky landscape is covered in a smattering of small black and grey rocks, looking like an artificially implanted moon landscape, or at the very least a high-end film backdrop set in some far-reaching corner of the universe. 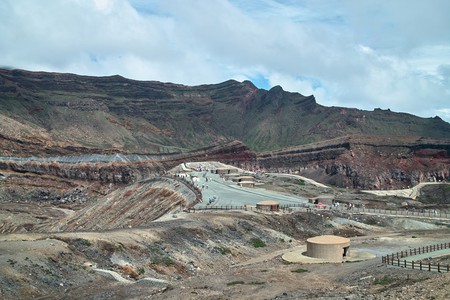 The Nakadake volcano is the mountain’s most active volcano, the basin of which is still active, just waiting to surprise guests and locals with another earth-shaking eruption. Inside the craters is where you’ll find steaming hot spring water so rich in unique minerals that its cloudy colour is unlike any spring water you’ve ever seen before. 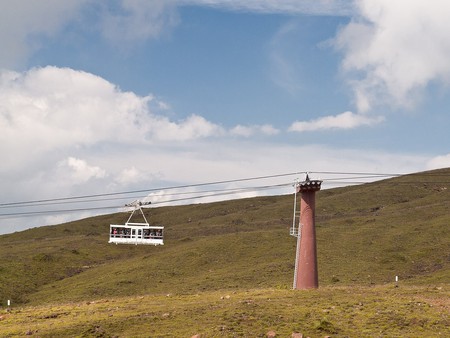 A landscape that quite simply is indescribable in is beauty, the surrounding area is so incredibly diverse that it’s hard to believe that it’s reality. Sitting just a stone’s throw from Nakadake crater is Kusasenri, a lush, rolling grass-covered plain dotted with grazing cows and horses. Meanwhile, along another side you’ll find flat paddy fields, a landscape that contrasts heavily with the steamy and rocky façade of Nakadake. 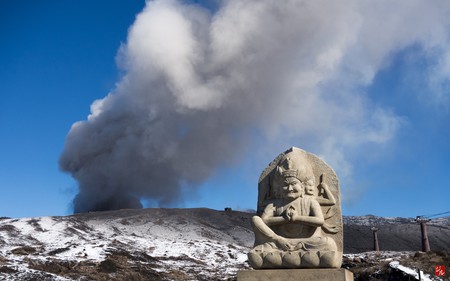 How to get there?

Following the 2011 earthquakes that shook Kumamoto to its core, the site was not as easily accessible as it once was. Direct train lines had to be replaced by buses, while major roads were under repair. Today, however, it’s all coming back together and getting there isn’t too hard if you know how to plan. 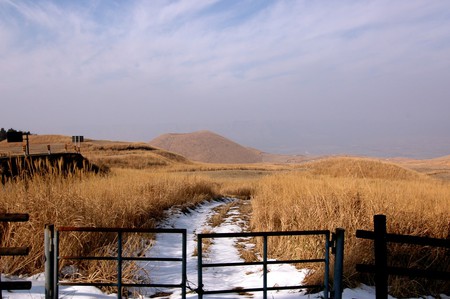 From JR Aso Station, the most famous Nakadake Crater can be reached by bus in about 30-40 minutes. Every day, a few bus services run between the station and the caldera, but they’re not super regular, so it’s best to plan ahead to avoid hours-long waits. If you’re feeling active, another way to explore the area is by foot; it’s possible to reach the crater from Asosan Nishi Station in about 30 minutes.

To get to JR Aso Station from Kumamoto, the best way right now is to catch a local bus that goes direct. Alternatively, you can also hop aboard the Hohi Line to Higo-Ozu Station, which is about the halfway point. From there you can also catch a bus the rest of the way.