A Guide to the Best Museums in Kobe, Japan 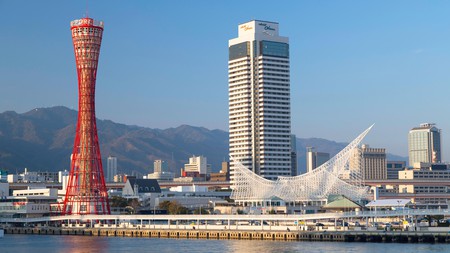 Kobe may be a smaller city, but it’s a cultural hub brimming with museums | © Ian Trower / Alamy Stock Photo

For a relatively small city, Kobe is a cultural hub with a surprisingly high number of museums to discover, covering subjects from art and fashion to traditional crafts such as glassmaking and carpentry.

One of Japan’s most sophisticated cities and once home to wealthy European merchants, Kobe has developed into a cultural centre, boasting a thriving jazz scene, art galleries, fine-dining restaurants and fashion boutiques.

To get a better understanding of Kobe’s history and culture, there are a wealth of museums to explore that cover the history of the city, from the ancient artefacts on display at Kobe City Museum to the story of the Great Hanshin-Awaji Earthquake at the Earthquake Memorial Museum.

Art lovers will not be disappointed by the vast collection of contemporary works at the Hyogo Prefectural Museum of Art, while fashion addicts can leaf through vintage copies of Vogue magazine from the early-20th century at the Kobe Fashion Museum. Check out Culture Trip’s recommendations for the best museums in Kobe. 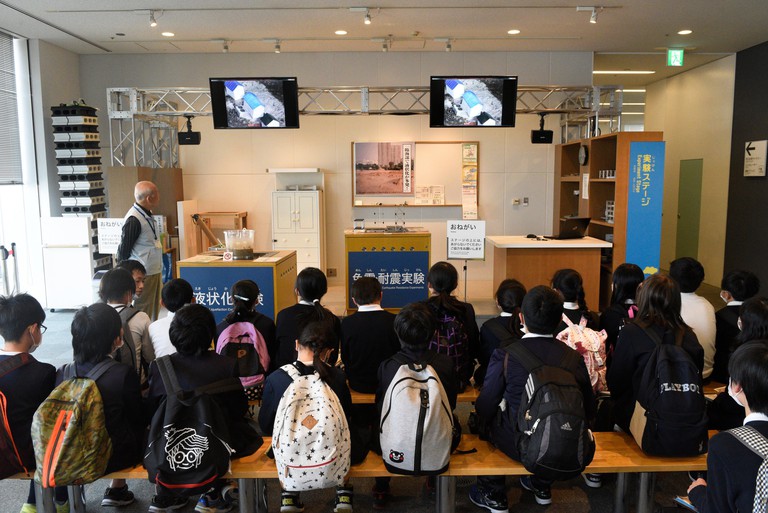 Kobe’s Earthquake Memorial Museum details one of the most significant events in local history, the 1995 Great Hanshin-Awaji Earthquake that killed more than 6,000 citizens and destroyed much of the city. Kobe’s location at the epicentre of this tragic event saw the worst of the damage, and the museum’s goal is to educate visitors about it through its immersive re-creation of the earthquake conveyed through projections screens, special effects and soundscapes. Volunteers are on hand to guide non-Japanese speakers around the exhibits, and many of the staff include survivors of the earthquake. 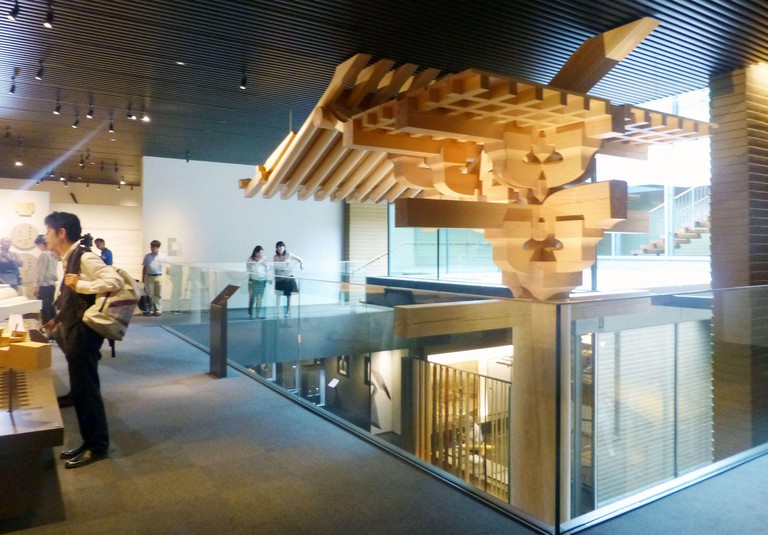 Traditional Japanese carpentry is known for its unique joinery that fits together like a complex puzzle to form elaborate temples and houses without the use of any nails, screws or power tools. At the Takenaka Carpentry Tools Museum near Shin-Kōbe Station, you can learn more about the history of this fascinating craft and see large-scale models of carpentry examples and the tools used to create them. On the weekends, the museum also holds open workshops where you can try your hand at making small wooden items such as chopsticks and pencil holders. 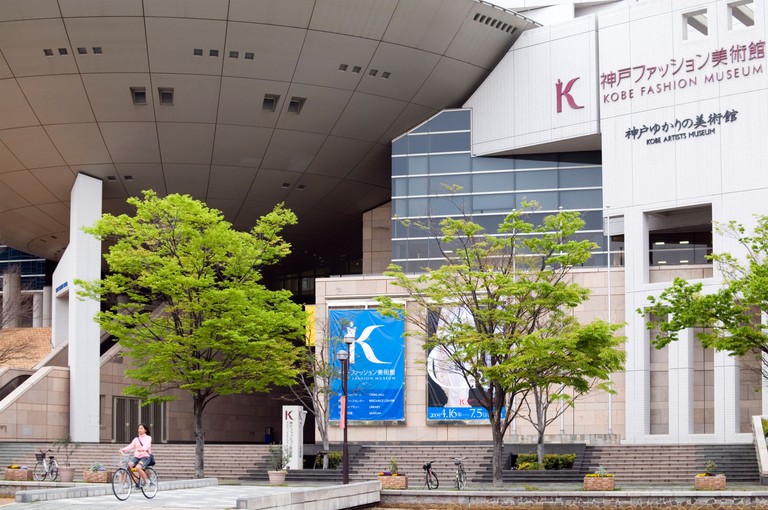 The Kobe Fashion Museum is Japan’s first public museum dedicated to fashion and is located in the Rokkō Island area in southeast Kobe, a short walk from Island Center Station. The first floor of the museum houses an extensive collection of costumes, including 18th-century ballgowns, folk costumes, shoes, jewellery and accessories. On the third floor, a vast library holds 40,000 fashion books and magazine archives whose volumes date back to the beginning of the 20th century and include early editions of Vogue and Harper’s Bazaar. Admission costs ¥500 (£3.76) per adult, with additional charges for special exhibitions. 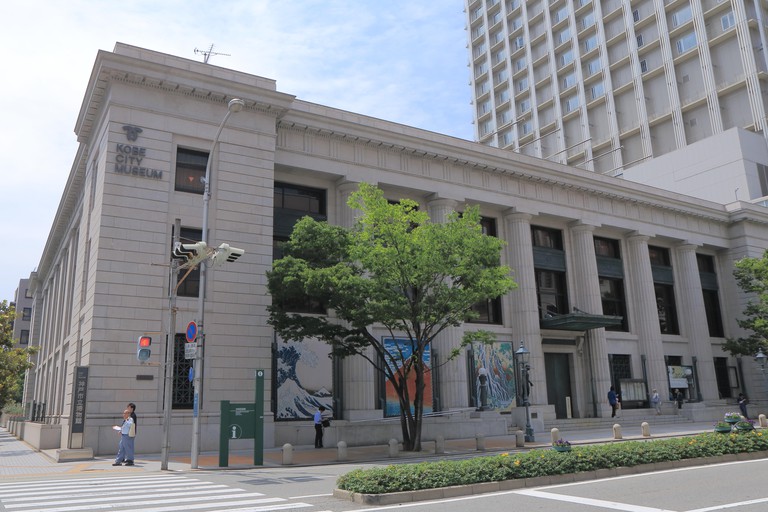 Housed in a former 1930s bank and located around 15 minutes on foot from Sannomiya Station, Kobe City Museum opened in 1982 and is home to 70,000 cultural artefacts of importance to the local area, such as antique maps and bronze bells used in ancient agricultural rituals. Art on display includes a large collection of Namban works; these are 16th- and 17th-century paintings heavily influenced by the arrival of European merchants to Japan for the first time. The museum is also home to a 1930s Art Deco-themed café and small souvenir shop. 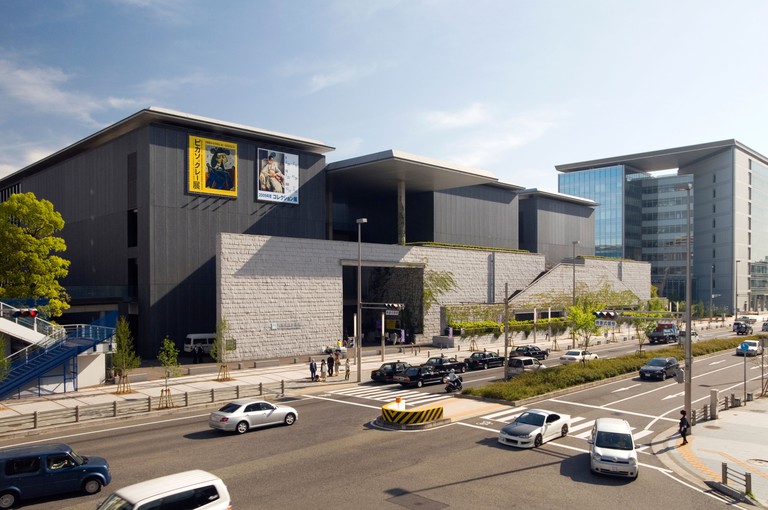 Situated on Kobe’s waterfront overlooking the ocean, the Hyogo Prefectural Museum of Art was designed by renowned architect Tadao Ando, and it features more than 8,000 artworks, mostly by artists associated with the local Hyogo region. One of the museum’s main focal points includes its collection of sculptures, with featured pieces by Rodin and local artists. You can also expect to see exhibitions on modern print art by Picasso and Warhol, Japanese prints, paintings of local landscapes and artworks by contemporary Japanese painters. The museum also houses a restaurant and gift shop and can be easily paired with a visit to the nearby Earthquake Memorial Museum. Entry costs ¥500 (£3.76) per adult.

Coffee lovers should pay a visit to Japan’s only coffee museum, operated by the Japanese company UCC, which invented the world’s first canned coffee – a staple item found in vending machines throughout Japan. The museum provides a wealth of informative exhibits regarding the history and culture of coffee, along with a popular tasting room where you can sample different kinds of coffee for free. It also has free Wi-Fi and an audio tour that you can download onto your phone, so pack some headphones. Other events include the regular coffee-roasting workshops (reservations required) where you can hand-roast your own beans to your desired taste before taking them home; the class costs about ¥1,200 (£9) per person.

Open In Google Maps
Kobe, Japan
Give us feedback

Dedicated to the art of glass craftsmanship, the Kobe Lampwork Glass Museum is a small interactive museum a short walk from Kobe’s Sannomiya Station. Inside, you can observe live demonstrations of staff producing glass beads by melting glass rods, and for an additional charge of ¥1,250 (£9.40), you can take part in a hands-on workshop to make your own. While waiting for the beads to cool, you can peruse the collection of 2,000 glassworks from around the world, including intricately carved beads, sculptures and paperweights.

The Kosetsu Museum of Art was founded in 1973 to house the private collection of the founder of The Asahi Shimbun, one of Japan’s most popular national newspapers. The museum’s collection includes traditional cultural items such as tea ceremony utensils, weapons, armour, calligraphy and Buddhist art. Located a five-minute walk from Mikage Station in Kobe’s Nada ward, the small museum lends a good insight into traditional Japanese culture via the items on display. Entry to the museum costs ¥700 (£5.27) per person, and since exhibition themes change regularly, it’s advisable to check the website before visiting. 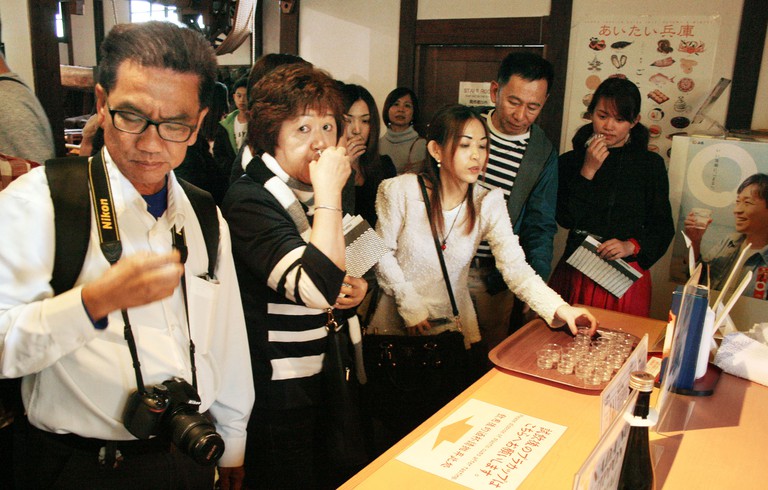 Housed in an old sake brewhouse close to Kobe’s Rokkō Island, the Hakutsuru Sake Brewery Museum is one of the few sake breweries in Japan to provide exhibits with English-language explanations. The brewery was founded in 1743 and is a good starting point for some brewery-hopping in Kobe’s Nada district, one of Japan’s top-producing sake regions. There is no admission charge to enter, and you can also experience complimentary tastings on your tour while learning about the sake production process via informative videos.