5 of the Most Scenic Train Journeys in Japan 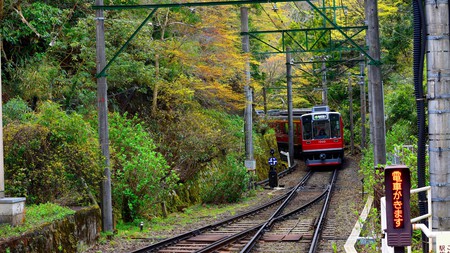 The Hakone Tozan line, a route famous for its views of hydrangea flowers | © Frederic Soreau / Alamy

Japan is a train enthusiast’s dream, with one of the most complex and efficient railway systems in the world. Nearly every destination in the country can be reached by train. The diversity of design adds to the experience – from old fashioned local trains to modern high-speed railways, there are more than just a few ways to get around. Below are some of the best trips for travelers looking to take the scenic route through Japan.

One of the main attractions of the Oigawa Railway is the train itself. It is one of the few train lines that still uses old fashioned, Western-style steam locomotives. Passengers are also treated to a breathtaking view of Shizuoka‘s countryside. The best time to visit is during the fall season when the leaves change color. 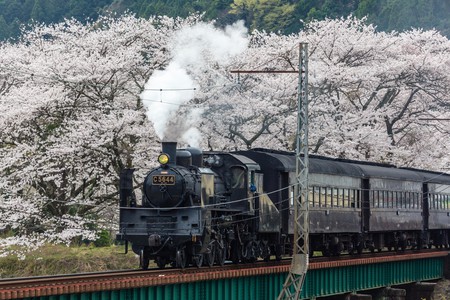 It took three years to rebuild the Sanriku Railway after being destroyed in the tragic earthquake and tsunami of 2011. It opened again in 2014. The restoration of the famous railway in the wake of such tragedy is now a major source of pride among Tohoku area residents. Travellers looking for a coastal train with a rich history and picturesque ocean view, look no further. 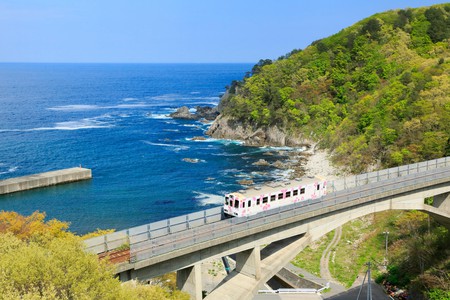 The Kurobe Gorge Railway is famous for its open-air train cars, deep valleys, and a beautiful emerald green lake. Kurobe is a perfect day-trip for travellers hoping to escape the hustle and bustle of Japanese city life for a breath of fresh mountain air. If that isn’t enough, there are natural onsens (hot springs) along the way for anyone interested in taking a hot bath in the mountains. 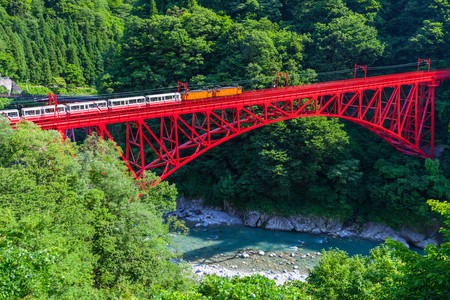 Another fantastic option for travelers interested in riding the coastline is the Gono Line, which carries passengers from Akita to Aomori while providing a clear view of the Sea of Japan. The Resort Shirakami train has the best view for the money, but travellers are advised to book far in advance as seats tend to fill up quickly. 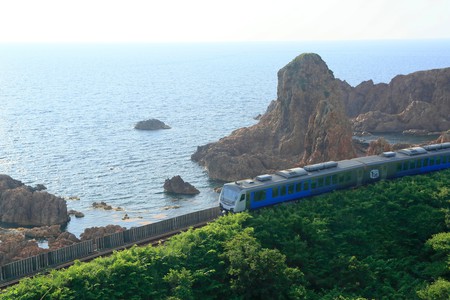 This is a perfect trip for anyone staying in Tokyo but looking to get out of the city for a day or two. The easiest way to get there is by taking a JR train to Odawara station, then transferring to the Hakone Tozan line. The train is most famous for its views of the hydrangea flowers (see below), which are in full bloom in June, as well as the area’s autumn leaves. Hakone is also home to a number of onsen resorts. 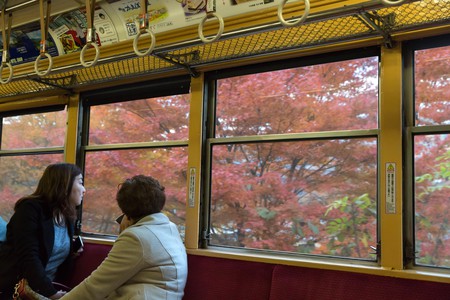