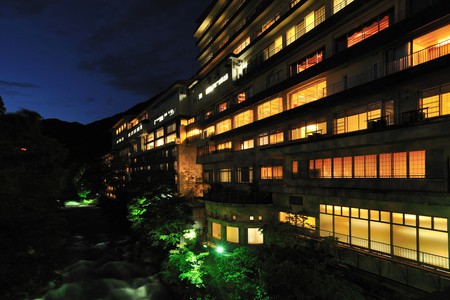 Those seeking an authentic stay in Japan should look no further than a traditional ryokan inn. With their tatami guest rooms, hot spring baths, and traditional cuisine, ryokan provide a quintessentially Japanese experience paired with an impeccable level of service and hospitality known as “omotenashi”, which makes for a truly luxurious visit. Here are 10 do’s and don’ts for staying at a traditional ryokan inn.

Do be on time

Punctuality is highly valued in Japanese culture. Make sure to arrive to the ryokan at the time specified in your reservation, be punctual for your time slot if you’ve booked a private bath, and be ready for dinner at the scheduled hour. Meals are served course-by-course to every guest staying in the ryokan, so being late can disrupt the dinner service. In the morning, your futon will need to be cleared away by the ryokan staff so that breakfast can be served in-room, so make certain you’re up and ready before they arrive.

Do put the yukata on correctly

Guests staying at a ryokan receive a traditional garment called a yukata, a type of light summer kimono which can be changed into as soon as you arrive and may be worn to bed in lieu of pajamas. When you put on your yukata make sure to cross the right panel of the garment over your chest first, followed by the left panel over it. Putting the yukata on the wrong way means you could end up looking like a corpse, as the panels are crossed the opposite way for funeral rites.

Ryokan are known for their elegant multi-course meals featuring the traditional cuisine of Japan, known as kaiseki, served either in-room, in a private dining room, or in a dining hall for larger establishments. The menu typically highlights local dishes of the region and are made with seasonally available ingredients. Because the menu is fixed in advance, you should notify the ryokan before your stay if you have any food allergies, particularly wheat, soy, seafood, and egg as these are all widely used in Japanese cuisine. While veganism and vegetarianism still aren’t very common in Japan, it doesn’t hurt to ask in case the ryokan is able to accommodate you. 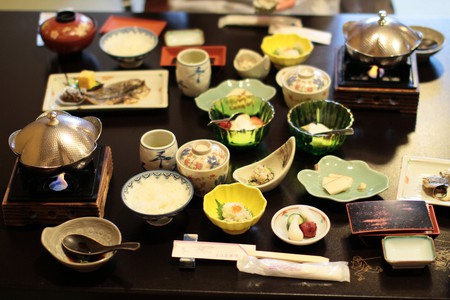 Do cover up tattoos when using the onsen

One of the primary reasons to stay at a ryokan is to enjoy the onsen, or hot spring baths. Many hot springs have strict “no tattoo” policies as tattoos have historically been associated with crime in Japan. Now, some onsen are beginning to make exceptions for non-Japanese visitors as foreign tourism increases. However, if your tattoo is small enough, it’s polite to cover it up with a bandage, especially when sharing the onsen with others not in the same party.

Do make use of private bath time

If you’re bashful about bathing with strangers, many ryokan offer private bath times for your exclusive use of the onsen facilities. This is done either by reserving a time slot for the bath when you arrive or by asking for the key at the front desk. A private bath is a good option for families or for those with extensive tattoos. 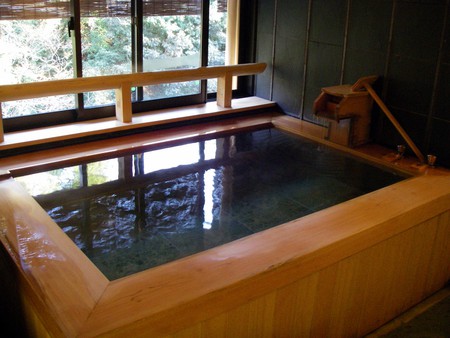 In Asian cultures, it’s polite to remove your shoes when entering a home, and the same goes for Japanese ryokan. When you arrive, you’ll receive a pair of slippers to wear around the facilities. Make sure to remove these slippers when you get to your room, as the tatami flooring is made of straw mat panels and should only be trodden on barefoot or in socks.

Don’t place your luggage on the tokonoma

In your guest room, you’ll find a decorative wooden alcove called a tokonoma. Although this may seem like a good out-of-the-way spot for your luggage, you should refrain from placing anything here as the tokonoma is made for admiring, not storage, and can be damaged by a heavy suitcase. Similarly, don’t roll your luggage across the tatami as it can damage the straw mats. 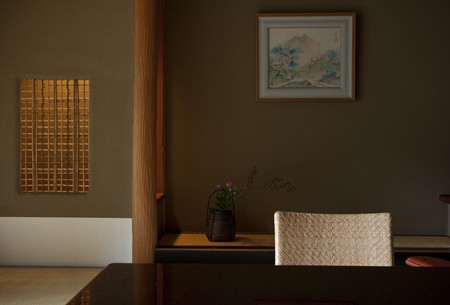 Don’t wear the bathroom slippers around the ryokan

Ryokan often have shared restrooms, as private in-room bathrooms are typically reserved for only the most expensive tier of guest rooms. Leave your ryokan slippers outside of the restroom, and switch to the bathroom slippers found just inside the doorway. These are usually rubber or plastic slippers, or traditional wooden sandals called “geta”, and are only meant to be used inside the restroom. Take care not to accidentally walk out of the restroom wearing these bathroom slippers –it’s more common than you think.

Don’t take any clothes or towels into the bath

You wouldn’t wear clothing or a towel into the shower, and the same goes for a hot spring bath. Before getting into the onsen, you can use the small towel provided by the ryokan to scrub your body while showering or to cover up for modesty when walking around the bathing area. However, this towel should not be immersed in the hot spring itself. Most people set the towel to the side before entering the bath or fold the towel and place it on top of their heads.

Room and board are factored into the price of the stay, and the ryokan prepares and painstaking delivers meals course-by-course to every guest, so missing a meal is inconsiderate to the staff and means that both food and effort go to waste. If you’ve made dinner reservations elsewhere, it’s best to look for a breakfast-only plan for your ryokan stay.