These Fishermen in Indonesia Have a Heartwarming Relationship With Whale Sharks 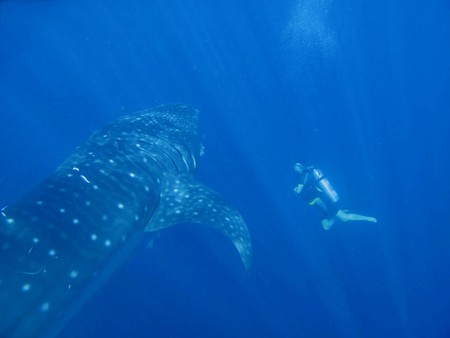 Cendrawasih Bay (Teluk Cendrawasih) in Papua has been a popular diving site for decades, boasting rich tropical wildlife, including a population of friendly, approachable whale sharks. But often overlooked is the heartfelt friendship between the gigantic creature and local community that creates the neighborly atmosphere in the first place.

In villages near Cendrawasih Bay, whale sharks (Rhincodon typus) are called gurano babintang, that in local dialect means ‘sharks that have stars’, due to their star-like white dots covering their bodies. In most places, whale sharks can be found roaming about at least 100 meters deep and occasionally diving as deep as 1,000 meters, making the sightings of these massive sharks often reserved for pro divers. But for whale sharks in Cendrawasih Bay, swimming with their backs sticking out the surface seems to be the norm. 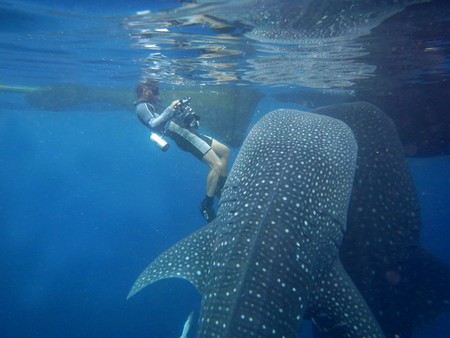 The whale sharks of Cendrawasih Bay are often seen approaching fishermen’s boats and cordially rubbing their bodies against the boat, the way dogs snuggle for a scratch on the belly. In response, the fishermen throw out some fish that they caught that day to feed the sharks. Many of them can tell one shark from another; some even give names to the sharks that they encounter frequently.

Children look even more thrilled to share the neighborhood with these 20-meters-long ocean creatures. Local kids are often spotted swimming and playing intimately with the whale sharks —some are even brave enough to hold on to a shark’s fin on its back for a ride while the fish continue to swim about. 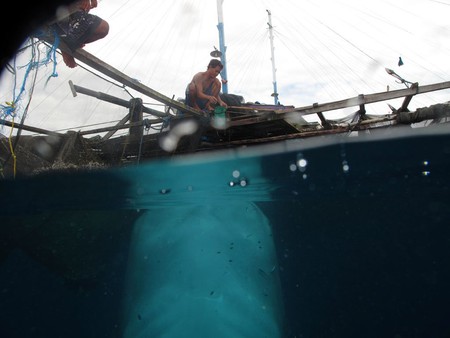 Like many traditional communities, locals near Cendrawasih Bay have always lived in harmony with nature. They believe that nature and all creatures, far from being things to be conquered, instead are to be enjoyed and understood.

Whale sharks are especially important for the locals of Kwatisore Village near the bay. The villagers claim that their small town looks like a whale shark’s tail if viewed from the hills. They believe that their village is indeed a home for the species and that the giant fish bring good luck to the community. That’s why, harming, killing, or eating whale sharks is forbidden.

This elusive species is generally harmless and not aggressive to humans. The whale sharks’ movements usually make their appearance a seasonal event in most areas. In Cendrawasih Bay however, encountering whale sharks is as common as seeing your pet dog every morning, thanks to the hospitality of the local community.