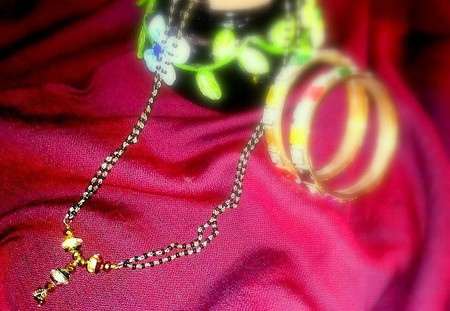 Mangalsutra has significant importance in Hindu culture and traditions. It is an ornament (more specifically a necklace) worn by women to signify marital status. In India, Hindu married women wear it as an auspicious thread of goodwill and love. Therefore, the groom tying the Mangalsutra around the bride’s neck during the wedding rituals is considered a sacred Hindu custom. What does it look like? Well, it is a golden and black beaded necklace with a diamond or gold pendant at the center. Read on to discover more. 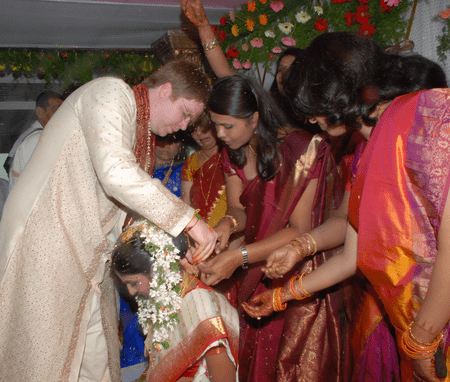 The cultural significance of Mangalsutra

In Hindu traditions and culture, a woman has to wear five signs of marital status – the Mangalsutra, toe rings, Kumkum, bangles and a nose ring. Of these five, Mangalsutra is the most important. The word ‘mangal’ means sacred and ‘sutra’ means thread – therefore, Mangalsutra implies ‘a sacred thread’.

This concept of wearing Mangalsutra is believed to have started in South India, where it is called thaaley or thali or mangalyam. Traditionally it was a yellow thread smeared with turmeric paste, which was tied in three knots around the bride’s neck. However, with changing times, it evolved with black and golden beads on the thread, and is now worn as a necklace.

The Hindu culture also believes that a woman wearing a Mangalsutra, should never part with it until her husband’s death. And if the thread of the Mangalsutra breaks for some reason, it is considered to be a bad omen. 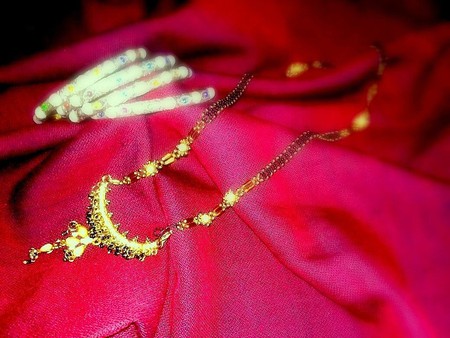 The symbolism of Mangalsutra

In appearance, a Mangalsutra might just look like a piece of jewelry, however, it’s much more than that. Worn as a symbol of marital status, it is a promise made by the husband to the wife of staying together forever. It also symbolizes the union of two souls (husband and wife), and protects them from all the evil in the world. Hence, to safeguard her married life and also the life of her husband, a Hindu married woman has to wear Mangalsutra. 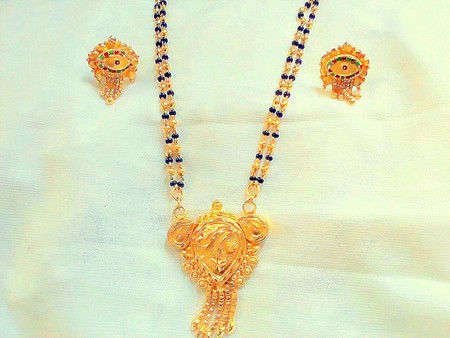 Mangalsutra along with a pair of matching earrings worn as jewelry

The regional variations of Mangalsutra

Though the concept was formed in South India, it migrated to other parts of the country and evolved accordingly. Wherever you go in India, you will find different variations of the same theme. In the Sikh community, the father of the bride presents gold coins and a gold bangle to the groom, which is then threaded in a black thread to form a Mangalsutra. In the Bihari section of Indian society, Mangalsutra comprises only of a black beaded chain with a central gold pendant. Tamilians have a complete golden chain instead or the turmeric smeared thread, along with the pendant. The Mangalsutra of the Telugu community is also similar to the Tamilians, expect that precious stones like pearl and coral are incorporated in the central pendant. 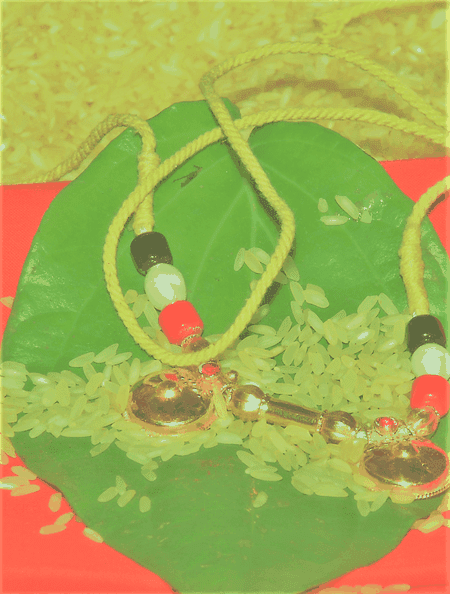 From the mandatory and traditional ornament that the Mangalsutra used to be, it has now become more of a proud fashion statement. Women now prefer wearing exclusive designs with different metals, platinum and alloys. Diamond pendant and pure gold pendants are also trending these days. Some brides also prefer geometric patterns, flowers and alphabets. Television soap operas have been a driving force for women to change and enhance their mindset regarding the Mangalsutra. This has contributed to some women now choosing more sleek designs to complement their fashionable clothing. 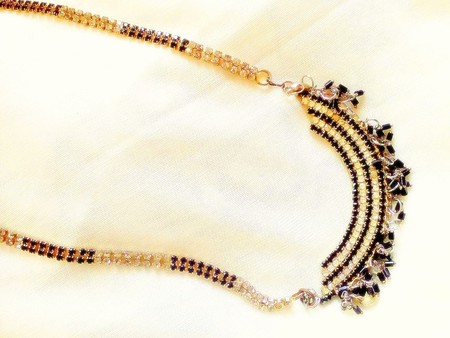 Stone studded mangalsutra
Give us feedback