Why a Trip to Odisha's Artisan Villages is a Must 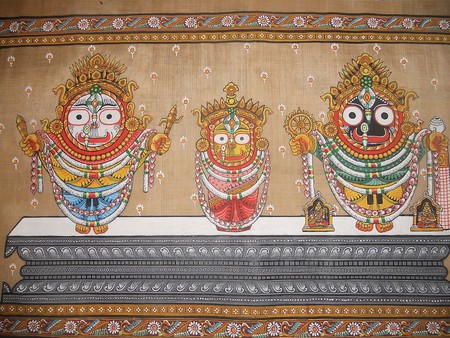 For craft lovers, Odisha is a treasure trove like no other, with several artisan villages, each with their own unique speciality. From stone sculptures and metal casting to palm-leaf paintings and silver filigree jewellery, handicraft tradition in this Soul of Incredible India is diverse, and reflects the state’s rich cultural heritage. Here we have identified the best artisan villages in Odisha, where the traditional forms of art and handicrafts are preserved amidst the changing landscape.

Dubbed the ‘Cultural Capital of Odisha’, Cuttack is renowned for its silver filigree work, otherwise known as tarakasi. This delicate ornamental artwork is said to be more than 500 years old that was patronised the most during the period of the Mughals. Today, there are nearly 1,500 local artisans who practise this craft and have refined it to extraordinary standards. Though in several places across the country, artisans have started using machines to create filigree, in Cuttack traditional methods are still used – the silver is melted, converted into thin strands and then weaved into intricate designs by hand. Nowhere else in India can you see this hand-worked tarakasi art created by such rudimentary techniques, it’s not to be missed. 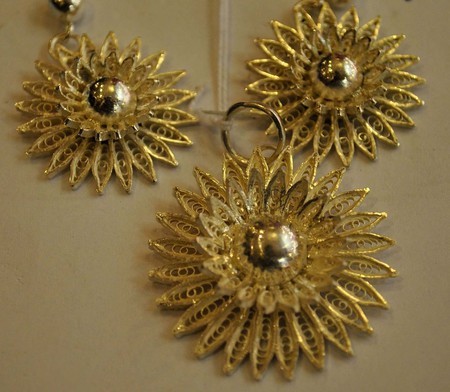 In the labyrinth of narrow lanes, you’ll find rows and rows of shops having different silver filigree work put on display. Over the centuries, this craftwork went from being used on trinket boxes and jewellery to embellishing the pandals (temporary tents carrying idols of the goddess). One of the appealing features of this craft is its fine spider web work that can be seen in a wide range of products, including showpieces, souvenirs and more.

With a lack of support, however, the art is slowly dying, but efforts by the state government are being made to revive this centuries-old craft. Visitors from across the world come here to take lessons at one of the many workshops spread across the region, as well as buy quality filigree products as souvenirs. Some of the best places where silver filigree work is on offer include Mansinghpatna, Dolomundai, Shaikh Bazaar, and Naya Sadak. 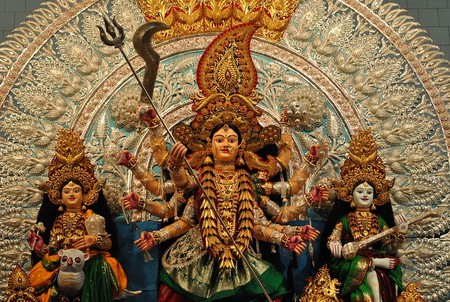 About 25 miles from Puri lies a tiny village of Pipili that is globally famed for its appliqué work. This craft dates back to the 12th century, when the erstwhile king of Orissa who was an ardent follower of Lord Jagannath appointed local tailors to create stitched fabric and other related works for Jagannath temple. From the leftover fabrics, these tailors made stunning creations, which are now referred to as appliqué. Locally called as Chandua, this craft involves embroidery, stitching and mirror-work.

Back in time, this craft occupied pride of place in temples and palaces, and included items such as umbrellas, banners, canopies, blinds and festoons. Today, appliqué can be found all over the state, adorning a wide range of products, such as bedspreads, handbags, lampshades, wall hangings, puppets and more. During the annual Rath Yatra in Puri, the chandua embellishes the three divine chariots of Odisha – Jagannath, Balabhadra and Subhadra – an incredible sight. The designs are a blend of age-old patterns and modern motifs. Visitors can buy this vibrant craft from one of the many shops lining the approach road. 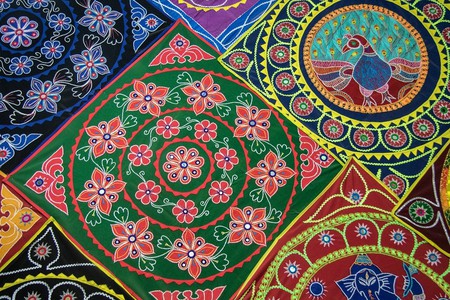 About 9 miles from Puri lies the colourful village of Raghurajpur. There are some 120-odd houses, and at least one member from each house is a skilled artist who crafts palm-leaf engraving (talapatachitra), patta paintings, papier mâché mask, wood carvings, coconut shell paintings, stone carvings and wooden toys, hence it is also known as a Heritage Craft Village. But Raghurajpur’s real claim to fame is Pattachitra, which is a traditional form of miniature painting with tribal or religious themes on cloth. The artisans have perfected this 12th-century art form, and many of them have received national awards for the same. 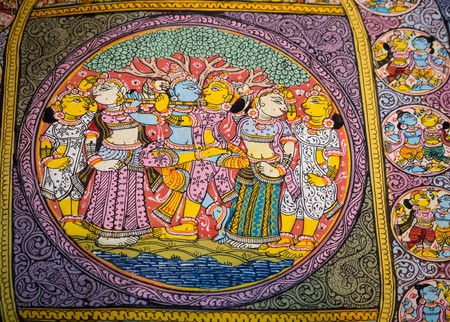 The most fascinating aspect of this craft is its production process, which involves only local materials obtained from the surrounding palm, jackfruit and coconut trees on the banks of the Bhargavi River. The patta or canvas is made by binding two cotton layers with a glue (that is prepared from tamarind seed and powered conch shell), then further dried and polished with stones. Then, natural colours are used for painting on them.

Whether you’re a potential buyer or just an art and craft fan, the villagers of Raghurajpur are enthusiastic and happy to have visitors come to their home to learn about the art and watch first-hand the creation of these masterpieces! And of course you can buy any pieces you particularly like. Prices vary depending upon the item and intricacy involved in the work. 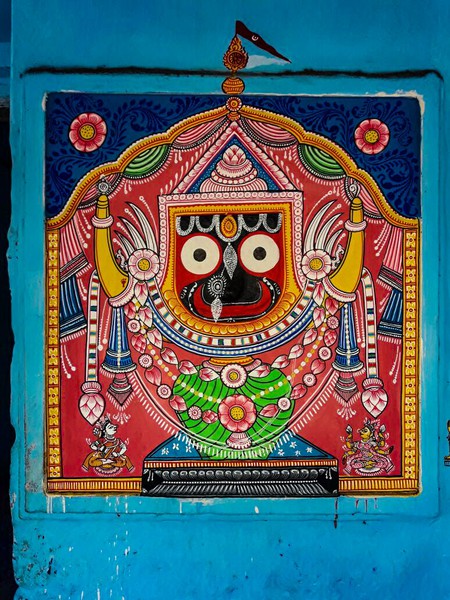 One of the oldest craft form is Dokra (metal casting using lost-wax technique) said to be more than 4,500 years old, dating back to the ancient Indus Valley Civilisation era. This age-old craft is kept alive by the Situla tribe of Sadeibareni village, located close to the Saptasarjya Hills. There are just 60 households in the village, and almost everyone is an expert in the craft. In fact, many of the local artisans have won the National Shilp Guru Award from the Textile Ministry, and even been invited to international-level seminars and workshops on the art. 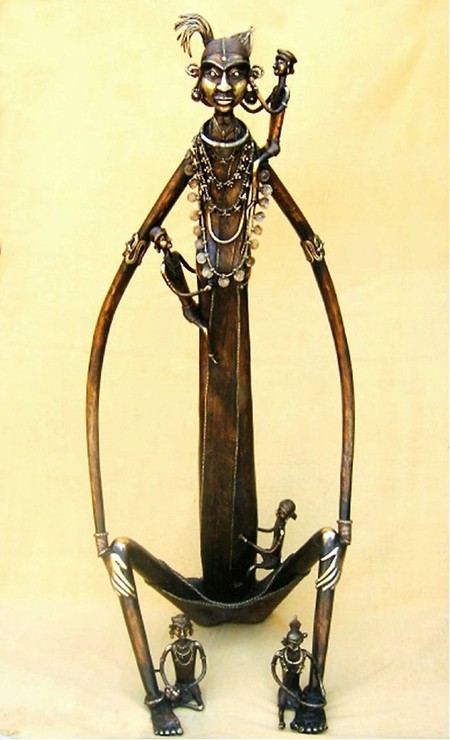 The process of making this craft is fascinating, making use of only natural raw materials, including clay and cow dung. The figures of deities and animals, photo-frames, lamps, cast boxes, door handles and vases are just some of the items you’ll find. Curious travellers can stroll around the houses and watch the artisans making the craft by hand. You can also buy these creations. However, the price depends upon the intricacy of work and weight of the item. 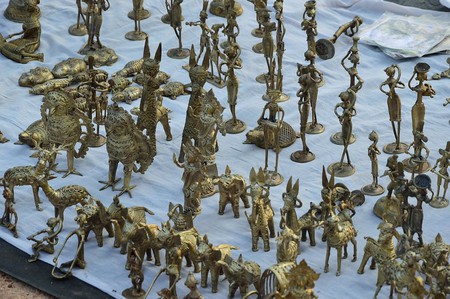 Bhubaneswar is famed for its intricate stone carvings, and the history of this art form in this ancient city dates back to the 13th century. The Eastern Ganga dynasty, who ruled the region between 11th and 15th centuries were generous patrons of stone carving art. Evidence of their love for the art can be found in the ancient temples and structures built during their rule.

Visitors to the city can head to the Bhubaneswar-Puri highway that is dotted with shops selling stone statues in different shapes and sizes, and embellished with beautiful designs. If you’re interested in watching a live demonstration of these sculptures, make your way over to the Raghunath Mohapatra Art and Crafts Museum, where you can watch the artists meticulously creating the stone sculptures of deities. 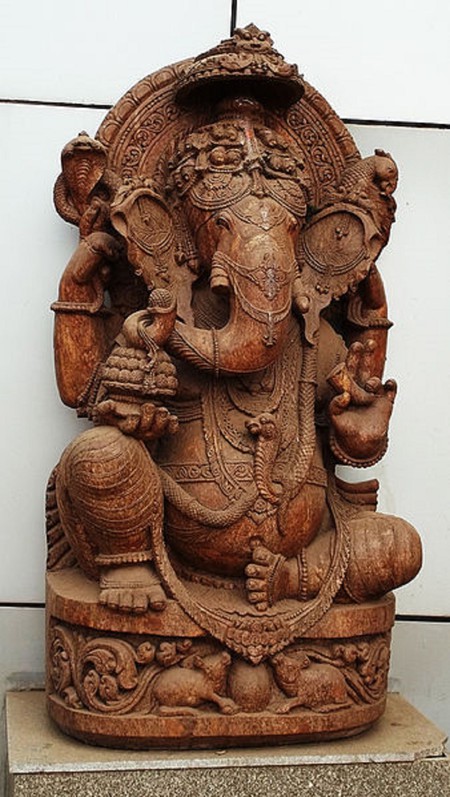