Why A Group in Mumbai is Writing Letters To Strangers 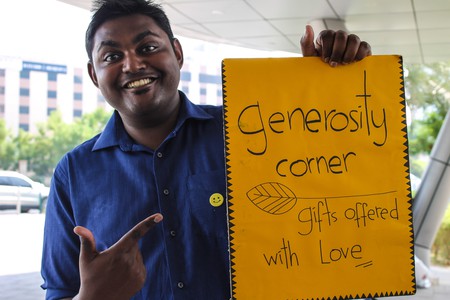 No matter how much the internet makes for progressive living, receiving an email can never be as good as receiving a letter in the post box, right? A group of likeminded people in Mumbai post letters to strangers with kind and uplifting messages. The Goodwill Tribe, they call themselves, are a ‘tribe’ of people who do random acts of kindness to make someone’s day better. Here’s more about the youth duo who started this and their plans to take it forward.

The Goodwill Tribe is not an organization or an institution, or part of someone’s Corporate Social Responsibility activity. Two Indian-origin girls, Chandni and Sonia, who were friends since school in Dubai experimented with the act of kindness by distributing gifts at a local flea market. Chandni told Culture Trip: “We collected things from our homes that could be gifted. People couldn’t at first wrap their head around why we would take the time out just to make them smile (sic).” The smiles, hugs and genuine one-on-one connection is what got Chandni and Sonia thinking about continuing the good work. 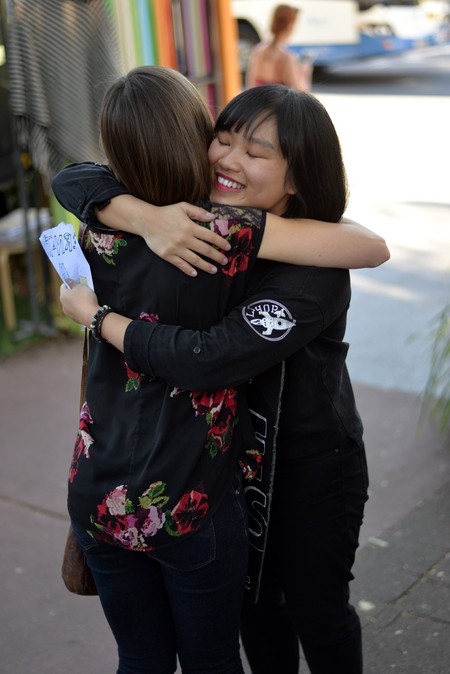 One of the most innovative activities named as ‘The Letter Earthlings’ was designed by Nivendra Uduman in Sri Lanka. A close friend of Chandni and Sonia, Nivendra organized the first gathering to write letters to strangers. In this activity, the teams put the word out for letter requests, if someone wants a letter to be written to their near and loved ones or just anyone they care about.

Goodwill Tribe plans the details of the event and announces it on Facebook. People are asked to being their own stationery, pick up letter requests and pen snail mails. Every letter has a positive, encouraging message. When quizzed about what kind of letter requests they usually receive, Chandni said: “It could be someone shifting country, someone having a hard boss, someone who needs inspiration to follow their heart, someone who is just a constant giver and needs to receive some love.” The activity, after its initial success, has been replicated numerous times in different countries. 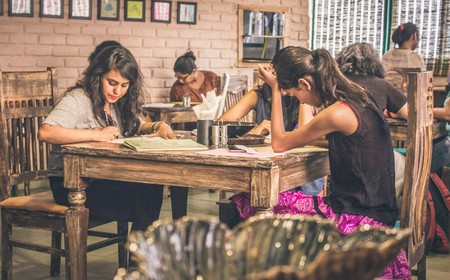 A Letter Earthlings event in Delhi | © The Goodwill Tribe

The two didn’t have to do much to spread the good work. A year into their activities of kindness, they started receiving emails from all parts of the world. People were reading about their acts of spreading joy and they wanted to join in. So, emails poured in asking about activities in their country or city and the duo asked them to start a community wherever they lived! Thus, the concept of “local leaders” began.

One person took charge of organising and managing activities in their city/country. Currently, The Goodwill Tribe is active in 14 locations across the world. Some of those are Kuwait, Dubai, Sydney, Bangalore and Mumbai. The organisers are like anyone, with a full-time day job, doing this to connect people and spread kindness. 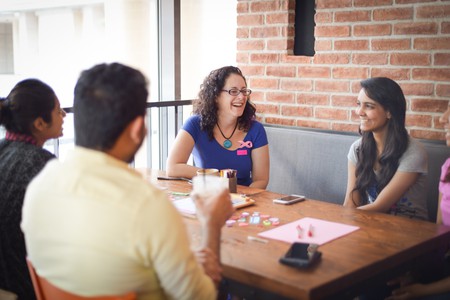 An activity meet held in Dubai | © The Goodwill Tribe

The local teams are given complete creative liberty to design events. While Chandni and Sonia have a Whatsapp chat group with all the leaders and team members, and conversations flow through Skype chats and emails, they say that the local teams are highly self-motivated on their own. The team in Kuwait recently organized a star gaze evening. Star gazing was more of a metaphor for slowing down, taking time out of busy schedules and just connecting with people. 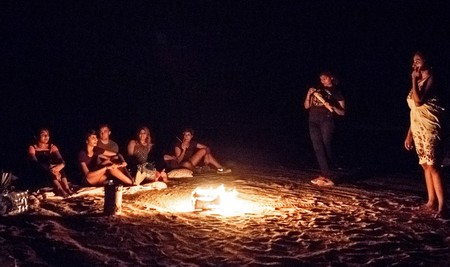 The star gaze meet in Kuwait | © The Goodwill Tribe

Chandni and Sonia have left their full-time jobs to broaden TGT’s horizons and conduct more social events and workshops in corporate offices and universities. They’re currently working on registering The Goodwill Tribe as a Nonprofit Organisation.