What is Holi, And Why is It Celebrated? 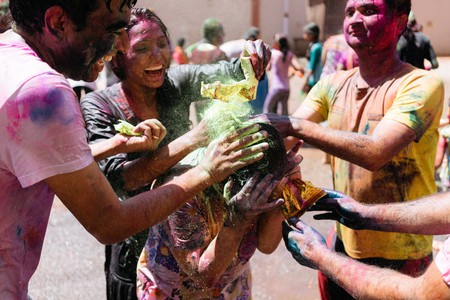 The festival of colours, Holi, is the most vibrant of all Hindu festivals. It marks the end of winter in India and welcomes the spring season. On this festive day, people play with colours, meet and greet one another and create new beginnings. But do you know the real reason why Holi is celebrated? Here’s all you need to know about this colourful festival and what you can look forward to during the upcoming Holi in India. 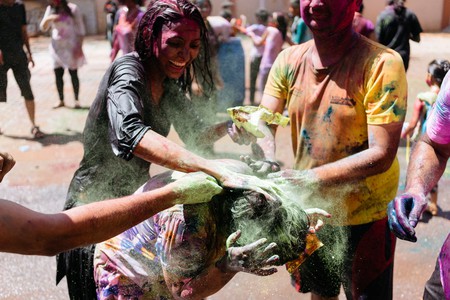 Like every other festival in the country, Holi is also associated with popular legends. These interesting stories recount the history behind various festival rituals.

The story of Holika Dahan

Legend has it that once, there was a powerful king named Hiranyakashipu. He was a devil and was hated for his cruelty. He considered himself to be God and wanted everybody in his kingdom to worship him like one. However, his own son, Prahlada, was a devotee of Lord Vishnu and refused to worship his father. Angry with the disobedience of his son, Hiranyakashipu tried killing his son a number of times, but nothing worked. He then asked his evil sister, Holika, for help. Holika possessed a special power of being immune to fire. So, to kill Prahlada, she tricked him into sitting with her on a pyre. But due to her evil intentions, her power became ineffective and she was burned to ashes. On the other hand, Prahlada gained this immunity and was saved. This is why the first day of Holi is celebrated as Holika Dahan and symbolizes the victory of good over evil. 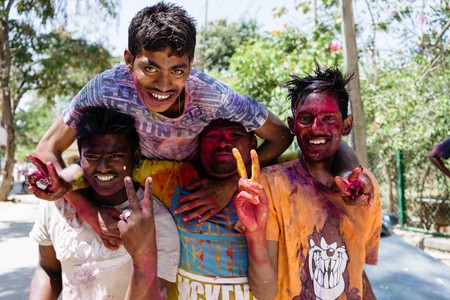 The story of Radha and Krishna

In the region of Braj (where Lord Krishna grew up) in Uttar Pradesh, Holi is celebrated until the day of Rangpanchmi as a huge festival, in memory of the devotional love of Krishna and Radha. A local legend is associated with this as well. When Krishna was a baby, he acquired a distinctive blue skin colour after drinking the poisoned breast milk of the she-demon, Putana. Later, when he became young, he would often feel sad about whether the fair-coloured Radha or other girls in the village would ever like him because of his dark colour. Giving in to his desperation, Krishna’s mother asked him to go and colour Radha’s face with any colour he wanted to. So when Krishna applied colour to Radha, they both became a couple, and since then, people have started playing with colours on Holi. 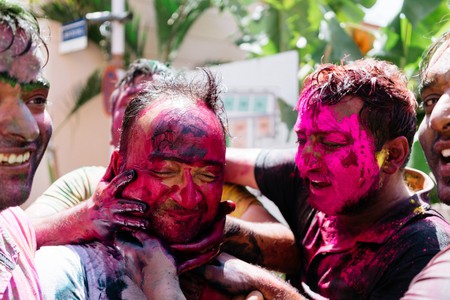 How is Holi celebrated in India

Celebrating the colourful festival of Holi involves a number of rituals:

A few days prior to the festival, people start collecting wood and other inflammable things for the bonfire. The combustible materials are then gathered in a pyre in colonies, community centres, parks or other open spaces. On top of the pyre, an effigy of Holika is placed to be burned as per the legend.

The first day of the festival is celebrated as Holika Dahan or Chhoti Holi. After sunset, people gather around the pyre, perform puja (prayers) and then light it. People even sing and dance around the pyre, as it symbolizes the triumph of good over bad.

The second day of Holi is called Rangwali Holi, Dhulandi, Dhulandi, Phagwah or Badi Holi. This is the day when people apply colours to one another, party and enjoy. Children and youngsters play in groups with dry colours called abir or gulal, pichkaris (water guns), water balloons filled with coloured solutions and other creative things. You might even find groups of people with drums and other musical instruments on streets, dancing and singing their way from one place to another. 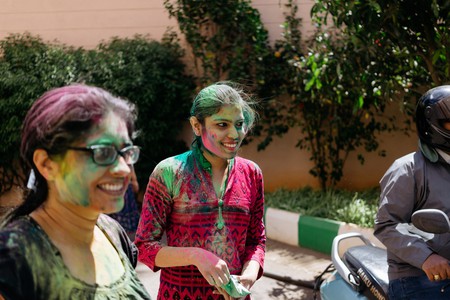 Gujiya is a special sweet, which is made in every household in India during Holi. It is a dumpling filled with khoya (a dairy product) and dried fruits. The customary drink of Holi is thandai, which generally contains bhang (marijuana). Other mouth-watering delicacies enjoyed are gol gappe, papri chaat, dal kachori, kanji vada, dahi bhalle, chole bhature, and variety of namkeen.

After playing with colours during the day, people clean themselves up, bathe, sober up and get dressed. They then go visit their relatives and friends and greet them for the festival. 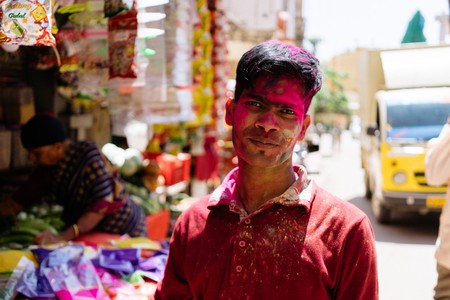 Holi celebrations are carried out in different manners in different parts of the country. While West Bengal celebrates Holi as Dol Jatra with singing and dancing, the people of South India worship the God of love, Kamadeva, on Holi. In Uttarakhand, it is celebrated as Kumaoni Holi with singing classical ragas, whereas, in Bihar, people traditionally clean their houses and then celebrate the festival.

To best experience the festival of Holi in India, you must go to Uttar Pradesh, and more specifically, to those areas that are closely associated with Lord Krishna like Braj, Mathura, Vrindavan, Barsana and Nandgaon. All of these places become quite touristic during the celebrations. The town of Barsana celebrates Lath Mar Holi, where women playfully beat men with sticks while men run around with shields to protect themselves. This becomes even more fun and interesting when people together indulge in singing and dancing. 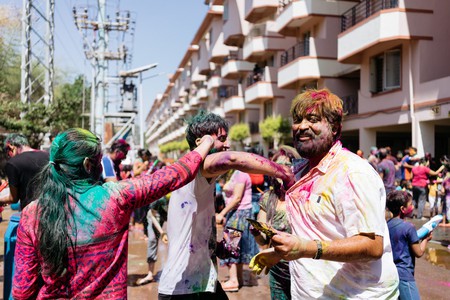