It sounds like something straight out of a movie, but remarkably an undergraduate from Wales, studying English literature at one of the most prestigious universities in the world, has just starred in a Bollywood movie. What’s more, she’s winning praise from critics in the notoriously difficult-to-please Indian film industry.

Banita Sandhu could have taken the route most students go down to help fund her studies in London. Hailing from the small Welsh town of from Caerleon, just outside of Newport, the 20-year-old has instead somehow had to find a way of balancing essays and exams with a starring role in a major Bollywood production.

October stars Varun Dhawan, a huge name in India, and is directed by Shoojit Sircar. We caught up with Sandhu while she is in the midst of a whirlwind promotional tour for the movie, but as we found out, her priorities are split at the moment. 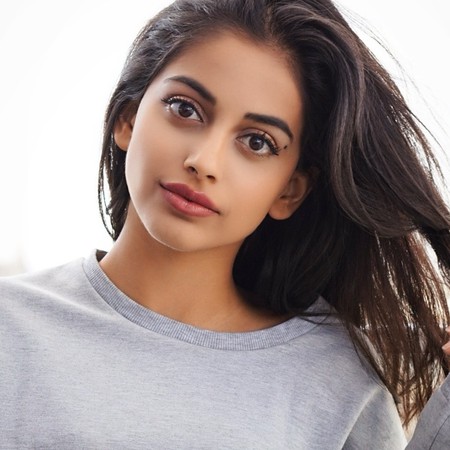 Culture Trip [CT]: Congratulations on the film. Can we start by asking you how you’re feeling with the film about to come out?

Banita Sandhu [BS]: Thank you! To be honest, it really hasn’t hit me yet. I’m stressing out about my essays right now. Maybe, once I get to India I’ll finally start to feel the immensity of it all!

CT: How did your journey from Wales to starring in a movie in the biggest film industry in the world actually begin?

BS: It started at home with my Mum when I told her I wanted to be on TV shows that we watched at the time – like Coronation Street or Waterloo Road. Luckily, she took me seriously and found me an agent when I was eleven-years-old and it’s been a long process of ambition, rejection and luck since then!

CT: So it was always part of your plan?

BS: Most definitely. I’m very lucky to have known what I wanted to do with my life from such a young age – it’s kept me driven, for sure.

CT: Most people will think you went straight from Kings College to Bollywood, but you were already something of a familiar face in India. Tell us about how you started and some of your earlier work.

BS Yes, I actually started doing ads in my first year! When I moved to London, it made sense that my agent sent me to a lot of castings for all sorts of projects. One of them happened to be for a Vodafone ad – which I was sceptical to take at first because I knew it would classify me as a model. However, the thought of working and travelling was so exciting that I took it (thank God) and the journey to Bollywood really began from there!

CT: What was going through your mind when you pick up the phone at University and find out you have been picked for a major film project?

BS: Obviously, absolute elation. But, at the same time, relief. I had been auditioning since I was 11, so to finally be offered my dream, lead role was such a special moment because it’s easy to doubt yourself and your abilities in this industry. When I eventually got that call, I was so relieved to know that I was at least doing something right!

CT: What was the reaction from your friends and family like?

BS: They’ve all been so supportive. They know what’s happening before I do sometimes. They’re my biggest fans, I’m really lucky to have the friends and family that I do.

CT: Would you describe October as a Bollywood film? It feels slightly different to the films that audiences might be expecting.

BS: ‘Bollywood’ is the last term I would use to describe this film. It’s something so different and, yet, universal that I don’t think Bollywood has ever seen anything quite like it before. 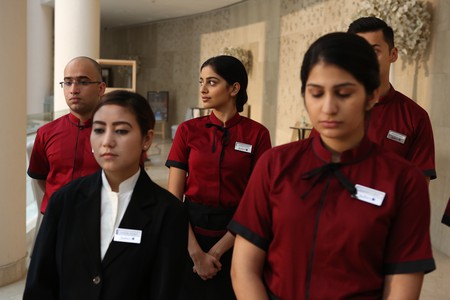 CT: Tell us about your character in the movie, and did you identify with her at all?

BS: Shiuli and I do have a few things in common – we’re both incredibly focused, mature and driven for our age. However, she is still a much better person than I was at the time I was given her. Shoojit Sircar offered me her character when I was 19; it was a time in my life where I had a lot of pressure and anxiety. Even he noticed this and instructed me to calm down through meditation. Shiuli is such a calm, collected and centred person that, at first, I really struggled to connect with her because I was so unstable and, unnecessarily, worried at the time. I really do believe that playing her has made me a better person. I’ll never be as good as her, but I like to think that I’m almost there now.

CT: What was it like working with Varun Dhawan?

BS: After working with him, I really do understand why he is loved so widely. He is exactly the same off-screen, in his downtime as you see him in interviews; I couldn’t have asked for a better first co-star! He’s incredibly sweet, down-to-earth and humble. Despite his experience in the industry and his success, he’s never once made me feel any less than him – if anything, he’d sometimes put my needs before his own. I’m really grateful for him and our journey together. I know it’s my first film, but it was also like a first film for him since he’s never done anything quite like this before. The relationship we have formed through October is one so special and unique that no-one will ever be able to understand it but us.

CT: Did he prepare you for impending stardom?

BS: Not really, to be honest. He just tells me to be myself and that’s more than enough. He’s not preachy at all, he knows that I’m my own person and, if anything, he encourages me to just be me rather than follow what everyone else is doing.

CT: Do you feel a greater connection with your Indian roots having worked there?

BS: 100%. I can’t even begin to explain how this journey has made me more spiritually and emotionally fulfilled as a person. I really do believe that whilst growing up, there was always a part of me that felt empty. I’d never been to India and to be quite honest, I used to deny my Indian heritage in order to assimilate with the predominately white community that I grew up in. Now, I couldn’t be prouder to be Indian. I’ve learnt so much about my history, my culture and my people. Britain will always be home for me but I’ve found a new one in India too. It’s really amazing.

CT: What was the hardest part in making the movie for you?

BS: There were a lot of challenges in this movie – the language, juggling University and there’s one HUGE challenge which I’m not allowed to speak about just yet. But, all in all, it was such a rewarding experience that any difficulties I faced never seemed too grave and I was supported by such an amazing team that they made any challenge 10 times easier than it should’ve been.

CT: Growing up in Wales, did you have any expectations about what India would be like?

BS: Yep – I had all the wrong and stereotyped expectations of India which the media here tends to perpetuate. Almost all of them were false – apart from the lateness. I soon realised that the clock in India is very different to the one in Britain!

CT: What was the most surprising thing you found about the country?

BS: That everyone there is so similar to me! I had such a backwards expectation but honestly, I had so much in common with people there, especially of my own age. Fashion, music, movies, food… you name it! I guess with social media, the world really is getting smaller. 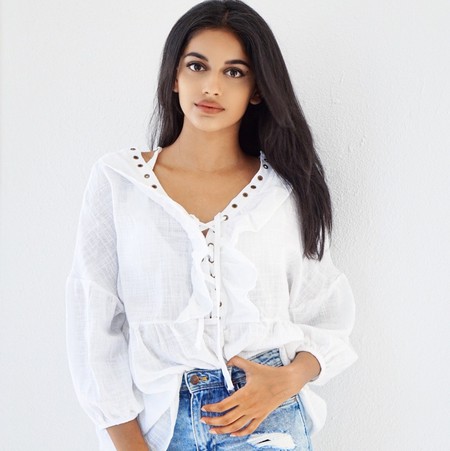 CT: Which Welsh comfort could you not live without in India?

CT: If you had one place you could travel to, where would it be and why?

Honestly, right now – wherever my family are. I hardly get to spend time with them because my schedule is so hectic, so as long as I’m with them then the location really doesn’t bother me.

CT: Is Hollywood next on the list for you?

BS: The only thing definitely on the list for me, right now, is graduation! I’d love to work in all genres of film, regardless of borders or language, as long as I have faith in the script and the director. So, if it happens in America next, so be it! But I’m just as happy in India and the UK.

October is on general release from 13 April