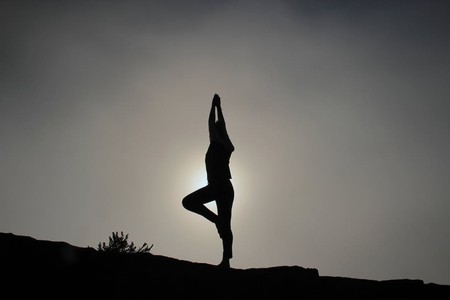 India is still taking baby steps with respect to the empowerment of sexual minorities. The wheels are slowly moving as they say, but Goa has already moved light years ahead by becoming the home to the first LGBTQ-friendly yoga retreat in India. This coastal heaven has truly outdone herself this time, and not with beaches, swaying palms and shacks but rather with Simply Yoga, India’s first LGBTQ-friendly yoga retreat.

Simply Yoga is probably one of the few yoga retreats in Goa that offers career opportunities to people from the sexual minority sector. Varun Singal, the man behind this innovative enterprise, believes that it is important to empower members of the LGBTQ community and create healthy and safe spaces for them.

After having worked with the Australia federal government for nearly a decade, this law graduate ditched the monotony of a routine job to pursue a path of fulfilment. This path took Varun to Nepal and eventually led to him becoming a certified yoga teacher. Unfortunately, he was forced to leave Nepal after the 2015 earthquake.

Varun then decided to start Simply Yoga, a retreat that focuses on providing a holistic yoga journey and an enriched retreat experience to its patrons. This retreat moves away from the popular studio-styled yoga model and encourages people to build their own practice without being dependent on a teacher.

Simply Yoga operates out of a splendid Portuguese villa in Assagao, among the hills of North Goa. The airy and well-lit space comprises of a Yogashala, lounge, pool deck, massage centre and prayer room. The luxurious suites have comfortable sleeping arrangements, air conditioning, humidity control and can lull you to a peaceful sleep without wreaking havoc on your budget. Since this retreat places a huge emphasis on minimum interference and maximum privacy, a weekly spring cleaning is carried out as opposed to a daily housekeeping routine.

‘Exercising personal choice and everything in moderation’ is what Simply Yoga believes in; therefore, even though the food is Ayurveda-based with fresh ingredients, there are no diet restrictions or alcohol bans.

As this sanctuary relishes sleeping in, the first class of the day does not take place in the wee hours of the morning. And if all of that is not enough, the retreat spices up your stay with Bollywood dance classes, movie nights, pool parties and philosophy sessions.

If you are looking for a place to relax, learn yoga, savour delicious food, have fun and just be, Simply Yoga is the place to be!