The Chhatrapati Shivaji Maharaj Terminus (CST) in Mumbai is certainly one of the busiest railway stations in the world. But it also happens to be one of the grandest. Originally built to commemorate Queen Victoria’s Golden Jubilee and establish authority of the British empire in India, the station has become a lifeline for millions of passengers. Here are some people you’ll meet at CST captured on camera at their candid best.

Mumbai CST, formerly known as Victoria Terminus, was designed by British architect Frederick William Stevens. The construction on the railway station began in 1878 and took 10 years to complete.

According to the UNESCO website, the structure is an “outstanding example of Victorian Gothic Revival architecture in India, blended with themes deriving from Indian traditional architecture.” As a nod to both the British Commonwealth and India, the entrance gates to the station have two columns, one crowned with a lion (representing Great Britain) and the other with a tiger (representing India).

There are many buildings built in the gothic style around the city of Mumbai, like the Convocation Hall at Bombay University and the Bombay City Hall, but CST stands as the very best among them all. 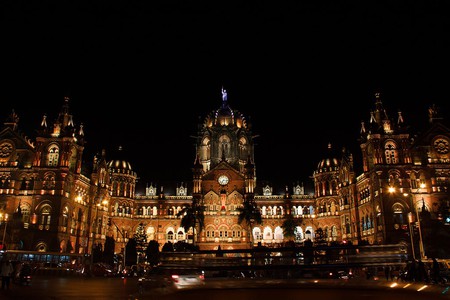 When the British decided to construct the railway terminus, the fact that Mumbai was a major port city and hence a key commercial hub, wasn’t the only thing on their minds. They also wanted to demonstrate their supremacy and permanency in India with a landmark structure. Additionally, CST was supposed to symbolise the introduction of railways in India, one of the British empire’s ultimate technological achievements in the country.

The busiest train station in the world

The UNESCO World Heritage site serves around three million passengers on a daily basis. There are 18 platforms at the station, seven for suburban trains and 11 long-distance ones, which connect Mumbai with the rest of India. On a single day, there are over 1,200 trains that pull in and out of this historic terminus.

The suburban railways are the busiest of them all. At peak times, there’s a train coming in and leaving the platform every three minutes and 30 seconds and the commuters only have about 20 seconds or less to get on and off the trains. It isn’t rare to see the trains, which have a capacity of around 1,000 people, accommodate five times the number. Due to this rush, on average, there are five deaths reported at the Mumbai local trains every day.

Among the three million daily commuters at Mumbai CST, you will meet people from all walks of life. For local Mumbaikars, the suburban trains are the quickest way to beat the busy traffic on Mumbai roads. 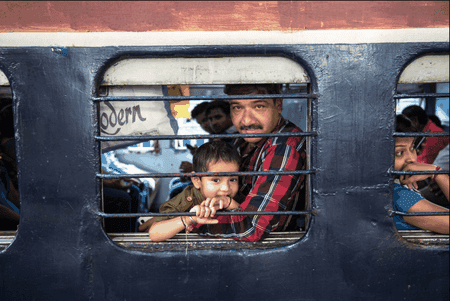 Every single day, the seven suburban platforms see thousands of people going and coming back from work, families heading to meet relatives living in some other part of the city, small traders transporting goods and most just going about their daily business. These trains are truly the lifeline of Mumbai. 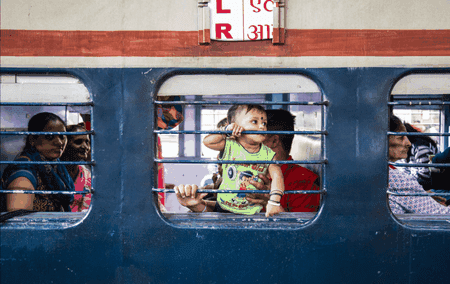 Each train will have a separate ladies coach to ensure the safety of women passengers. Many women who are travelling alone prefer to use these coaches. But the group of happy women in the picture below are seated in the general coach. 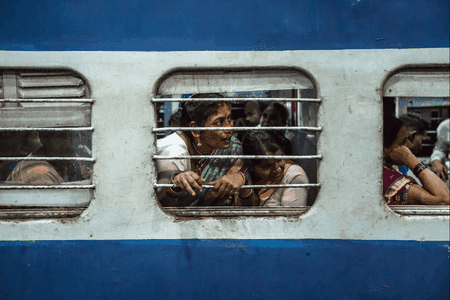 In 1990, Chhatrapati Shivaji Maharaj Terminus launched double discharge platforms which meant that passengers could enter and exit the trains from both sides. This helped to save time at the busy railway station. 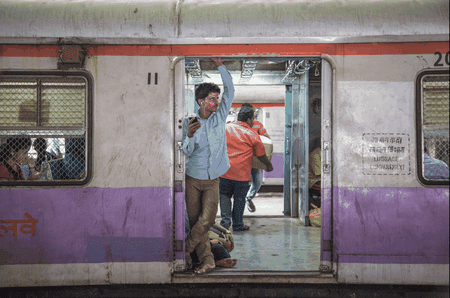 The Chhatrapati Shivaji Maharaj Terminus connects the city of Mumbai with hundreds of cities across India. For the convenience of people waiting for their trains to arrive, the station introduced air-conditioned dormitories in 2013. There are over 50 beds for men and around 20 for women. 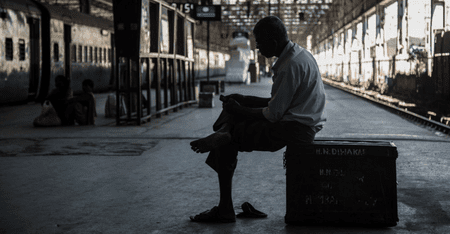 Waiting for the train | © Souleyman Messalti

The Chhatrapati Shivaji Maharaj Terminus was used as a filming location for the video for the original soundtrack Jai Ho from the Oscar-winning film Slumdog Millionaire. 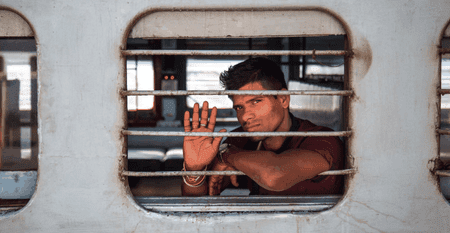 It requires complex technology to ensure that the busiest train station in the world always functions efficiently. After all, millions of people depend on it every day. But apart from machines, railway workers, like the one in the picture below, shoulder a lot of responsibility as well. 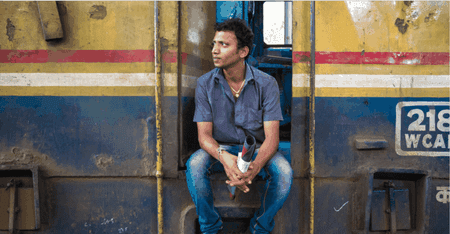 At Chhatrapati Shivaji Maharaj Terminus / | © Souleyman Messalti.
Give us feedback