Travel Back In Time With Chittorgarh 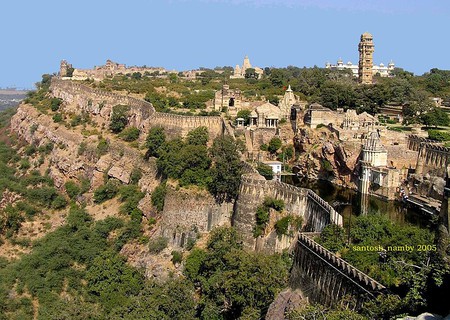 A trip to India is incomplete without a visit to Rajasthan; a place that has managed to retain the romance of a bygone era despite being a tourist hub. If you love history and can’t wait for the day when time machines will be invented so that you can go have a cuppa with the great rulers of the past, the forts of Rajasthan will definitely get you half way there. The greatest among these is Chittorgarh, which boasts being the capital of the Rajasthani kingdom of Mewar from the 7th century to the 16th century.

Chittorgarh is a monument with pride of place in the folklore of Rajasthan. There is such a large number of stories of love, passion, death and valour that stem from this fort that it would put Game of Thrones to shame. While a lot of these stories might not have historical evidence to back them, it is worth hiring a guide to spin tales and letting your imagination running wild. The fort is built on a hill over 700 acres of land and requires at least a whole day to comfortably enjoy all that it has to offer, from temples, palaces, and stories to fortifications, towers and monkeys. This monument is located 116 km from Udaipur (approximately a two hour journey) and the must-visits within the fort boundaries are: Vijay Stambh (Tower of Victory), Rana Kumbha Palace, Rani Padmini Palace and Mirabai Temple.

One such famous story is that of the Rani (Queen) Padmini, who burned herself alive along with the other ladies of the court in order to protect their honour from the invading Sultan Alauddin Khilji. In 1303, Sultan Alauddin Khilji of Delhi decided to attack Chittor to capture Padmini, besotted from hearing stories about her matchless beauty. When he was refused the meeting, he declared himself Padmini’s brother and agreed to the Rana’s (King’s) offer that he could enter the fort unarmed to look at Padmini’s reflection. After glancing upon the Rani’s reflection in a lotus pond, he had his host captured at the outer gate by his men. In order to rescue her husband, Rani Padmini sent a messenger to the Sultan that she would come to him. However, the palanquins that were supposed to carry the Rani and her ladies were filled with soldiers instead. There was significant bloodshed among the Rajput soldiers, but the Rana was rescued. Despite this, war and potential death was imminent, considering the Sultan was raring to attack with a vengeance. Therefore, Rani Padmini and her ladies committed Jauhar (self-immolation) so that the men could go fight their last battle.

The Rani and her beauty might have been lost, but her palace still stands, along with the ill-fated ‘viewing room’ and the lotus pond. The guide will even point you to a cellar with black walls in the Rana Kumbha Palace and tell you that it is the room where the ladies burnt themselves alive. Let yourself be swept away with these stories, for they are very much a part of the true Chittor experience. 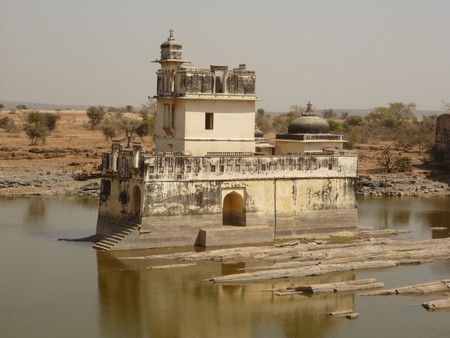 Another famous story from the fort is that of Mirabai, the Rani and mystic saint of Chittor in the 16th Century. Mirabai was a devotee of Lord Krishna and was cast out from royal society for her single minded devotion and desire to compose and sing about her Lord, whom she believed to be her husband since her mother had jokingly told her so during her childhood. Such was the power of her songs and her devotion that rumour has it that the Mughal Emperor Akbar once came to Chittor (his enemy’s fort) in disguise to listen to her. Mirabai’s compositions are still considered important works among devotional songs for Lord Krishna.

When this fort was eventually lost to the Mughals, it became the cause of the Rajput kings to win it back. The forerunner among them was Maharana Pratap, the ruler of Mewar from 1572 to 1597. Sacrifice for the motherland was a powerful driving factor for this king, and he decided to live a stark existence until he won back the fort. From being the ruler of a once rich kingdom, he was reduced to a situation where he was unable to feed his family and had to bear the hardships of the forest after losing to the Mughal Emperor Akbar at the battle of Haldighati. He however continued in his efforts and his single-minded devotion to the motherland inspired the support and respect of many. He passed away pining for Chittor, but his stories remain enshrined forever in the fort, as in the rest of Rajasthan.