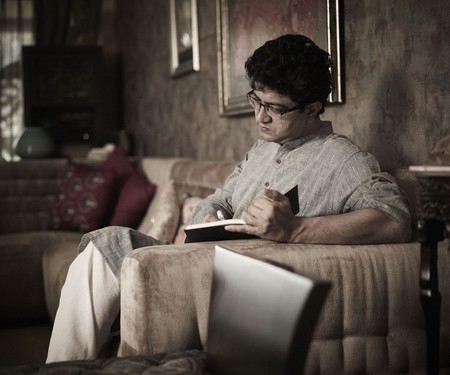 Bollywood songs provide commentary on pretty much every aspect of Indian life, from love and friendship to politics and social issues. The film industry’s musical creations continually surpass its independent and alternative counterparts, both in terms of popularity and influence. That by default makes Bollywood songwriters some of the most important commentators in India today. We bring you a list of seven top contemporary lyricists from across the country whose creations are nothing but quality poetry.

This celebrated Urdu poet/lyricist got his break in the entertainment industry by writing scripts for television soaps from which he went on to write film dialogues. It was 2004 when he made his big break as a Bollywood lyricist by writing for the award winning Chameli. The film’s songs, particularly Bhaage Re Mann went on to become contemporary classics. He has gone on to write heart-touching and award-winning lyrics for some of Bollywood’s most celebrated modern films such as Jab We Met (2007), Love Aaj Kal (2009), Rockstar (2011), Aashiqui 2 (2013), Highway (2014), and Tamasha (2015).

Two-time winner of the National Film Award for Best Lyric, Prasoon Joshi is a man whose words have found their way into every Indian’s daily life. From the current Prime Minister’s Acche Din political campaign to the Cannes-winning Thanda matlab Coca-Cola ad campaign, his creations are well-known to the average Indian. His contributions to Bollywood songwriting include award-winning classics for films such as Black (2005), Fanaa (2006), Rang De Basanti (2006), Taare Zameen Par (2007), and Delhi 6 (2009).

This National Film Award-winning lyricist first migrated to Mumbai from Lucknow in 1999 to pursue his dream of becoming a singer. What followed was a long period of struggle including lining up in front of offices of music composers with demo CD tapes. He started writing lyrics to channel his pain and frustration at not finding work as a singer, until he found his break as a lyricist through the film Aamir (2008). His lyrics for the cult film Dev D (2009), particularly the hit song Emotional Attyachar, became his instant shot to fame and immense popularity. He has since established himself as one of Bollywood’s most popular lyricists, writing several modern classics such as Channa Mereya, Kabira, Mast Magan, Zehnaseeb, Abhi Mujh Mein Kahin, and Gerua.

Among the very few women who have managed to find some footing in a sub-industry which is still male-dominated, Kausar Munir got her start in entertainment by writing dialogue for television shows. Her lyrics for Falak Tak, a song from Tashan (2008), helped establish her talent as a lyricist. She has since written many celebrated songs for films such as Ishaqzaade (2012), Bajrangi Bhaijaan (2015), and Dear Zindagi (2016).

This award-winning screenwriter from New Delhi has written some of India’s favorite contemporary films including Chak De! India (2007), Bunty Aur Babli (2005) and Shuddh Desi Romance (2013). His work as a lyricist is no less celebrated, including super popular hits and critically acclaimed songs for films such as Salaam Namaste (2005), Johnny Gaddar (2007), Rab Ne Bana Di Jodi (2008), Dum Maaro Dum (2011) and Befikre (2016).

This writer and poet may have written fewer songs for Bollywood than others on this list, but his creations for the industry have received both immense critical acclaim and popular appeal. His most notable work includes songs for National Film Award-winning movie Pink (2016) such as Kaari Kaari and Tu Chal. His other work includes songs for films such as Hate Story 2 (2014) and Running Shaadi (2017).

Another award-winning screenwriter and lyricist, this time from Himachal Pradesh, left his job as a software consultant in Pune to move to Mumbai and pursue his dream of being a writer. One of his first starts was as a staff writer for the TV show The Great Indian Comedy Show, from where he moved on to become a stand-up comedian and then eventually a screenwriter and lyricist for Bollywood. In addition to writing the critically acclaimed script for National Film Award-winning Masaan (2015), he has written several notable songs for immensely popular films like Gangs of Wasseypur – Part 1 & 2 (2012), Fan (2016), Raman Raghav 2.0 (2016) and Udta Punjab (2016).