Tucked into corners and mixed in with busy streets, these sites in Mumbai show themselves demurely and spectacularly, reflecting the diverse cultures and religions that have flowed into India over the centuries. Culture Trip brings you ten architectural sites that you must visit next time you’re in India.

The Asiatic Library or the Town Hall

The Asiatic Library was built in the 19th century in a pristine neo-classical style, with stones apparently imported from England. It boasts a distinctive and imposing set of thirty steps, which lead to a Greek portico. The building is visually different from the heavier Gothic and Romanesque architecture mostly seen in heritage buildings built during the period. A high-ceilinged space can be found within, where readers can browse through the library’s reference section. Further in is a dramatic wrought-iron spiral staircase and marble statues of personages who contributed to the society. The library was built as a town hall for the walled city the British resided in, and also houses a museum. 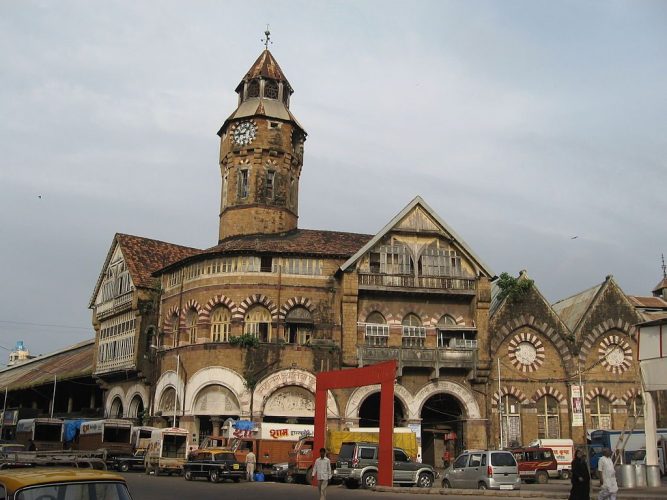 For a surreal combination of stately architecture and the busy rhythm of market life, visit Crawford Market, built in 1865. It has a rather church-like exterior, with arches in a blend of Romanesque and Flemish styles. The reliefs are the work of the artist John Lockwood Kipling, father to Rudyard Kipling, and they show rural scenes of farmers bringing wares to market. Within the market stands Kipling’s Fountain, with sprawling carved animals and a carving of the river goddess. Rising above the roof is a regal Norman clock tower, such as what you might see on any typical English market street.

Standing at Oval Maiden offers the view of two architectural heritage collections: the neo-Gothic precinct towards the east and the Art Deco towards the west, which are nearly as considerable in number as those in Miami. A walk down the west side of Oval Maiden provides a view of these Art Deco residences, whose restrained decor creates a graceful street façade. Similar residential can be found along Marine Drive and in Mohammed Ali Road. Unlike Mumbai Gothic, Mumbai Deco was built by Indian architects who united Art Deco with Indo-Saracenic styles, using elements from palaces, forts and other Indian imagery. Other expressions of this hybrid style are The Parsi Fire Temple, with large dramatic Assyrian lion motifs, and Liberty Cinema, whose pink and ivory colors, plush carpets and iconic frozen fountain motifs made it one of the most glamorous cinemas of the those years.

From the outside, the Bombay Arts Society building resembles a quirky and artistically disposed pile of boulders. It is entirely covered by a uniform skin of pale beige concrete. The space within is fluid and spacious and contains no straight beams or corners. An innovative and award-winning building, its design emerged from an attempt to create a mixed-use building on a limited 1300 square meter plot. At the lower levels are artists’ offices and an auditorium, as well as a cafeteria and gallery. Above these are four stories of administrative offices in a single unit, with a dramatically extensive sheet of floor to ceiling glass, looking towards the sea.

A vast complex of over a hundred caves, Kanheri dates from the second to the ninth century AD, and was a center for Buddhist worship. The caves are carved from basalt, and part of the experience of visiting them is the long and winding trails of steps that connect the caves. As opposed to Elephant Island, these caves have a grandeur that impresses with austerity rather than decoration. Most of the caves are quiet viharas intended for living and studying, and some are cisterns for water storage. The larger caves, known as chaityas, are for congregational worship and contain ornate sculptural carvings. They house Buddhist stupas, and the weighty pillars that typically line the cave sides form a long central path.

Across Malabar Hill on an island out at sea lies Haji Ali Dargah, the tomb of Muslim saint Pir Haji Ali Shah Bukhari. What makes this mosque and tomb additionally special is its location. It is about 500 yards beyond Mumbai’s shoreline on the sea, near Lala Lajpatri Marg. It is approached by a causeway, that appears only when the tide is low. When the tide rises, the mosque gets completely surrounded by water. The mosque standing near Hindu Banganga Tank tells the story of India’s multicultural past and present. The site itself dates to the 16th century, though the present structure belongs to the early 19th century. It is built in traditional Mughal style of marble domes and minarets, presenting a glorious sight on a morning when the sun reflects brightly against the white stone and the surrounding seas. 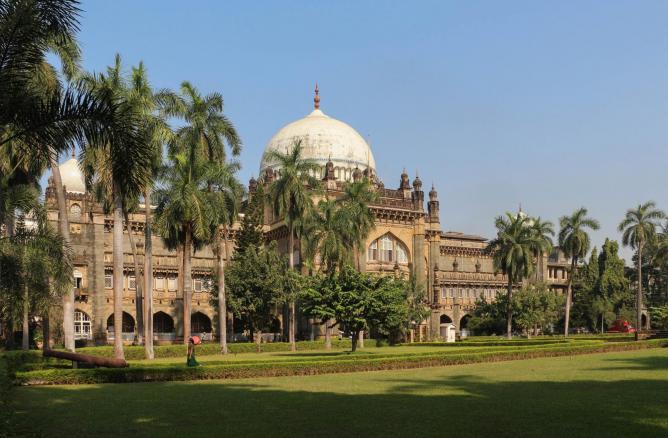 Banganga Tank was originally at the heart of a Brahmin village and temple complex. Records of the ruins of the original temple in the late 17th and 18th centuries tell us that the temple was dedicated to a Brahma trimurti statue. Later reports continue to describe the peaceful life of the Brahmin village enclave. Today the tank is surrounded by houses and bares little resemblance to the village it once was. However, there is still the newer temple that dates to the 18th century, and several historic wayside shrines. Walking through this historic area with its old and new structures allows the visitor to witness the many layers of history that connect together in Bombay’s spaces. 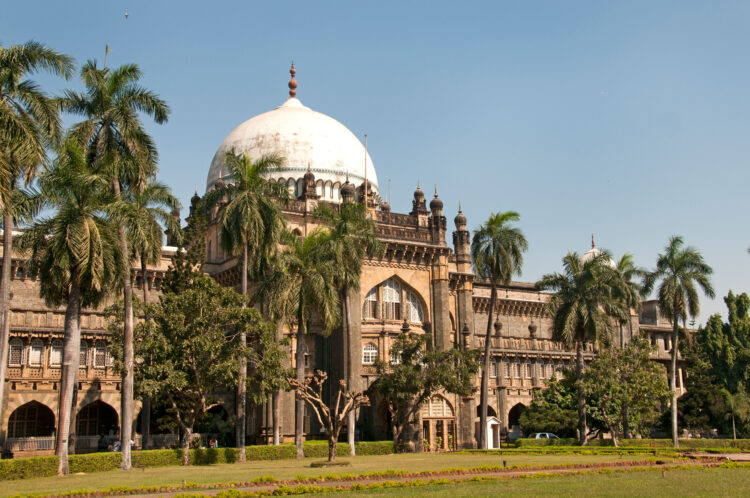 The Prince of Wales Museum, or the Chattrapati Shivaji Mahararaj Vastu Sangrahalaya as it is now called, was built to commemorate the visit of the Prince of Wales to Mumbai in the early 20th century. It was built with an eclectic combination of elements from the Indo-Saracenic style. It incorporates a dome and finial reminiscent and intersecting vaults, with influences from the Taj, Golconda Fort and Gol Gumbaz. It also has a small jalis for light, tiled and inlaid flooring, a Maratha pavilion incorporated as an internal balcony taken from a wada, a real Martha home in Bijapur, and Jain temple pillars. The Museum is known for its collections of terracotta and bronze sculptures, excavations from historic Indian sites and other artifacts.

Ranwar is a heritage village with written records from the early 1700s, though the village may have existed before then. Like the rest of Bandra, the suburb in which it is located, Ranwar was populated by Catholics, and continues to have largely Christian residents. Now fortressed by nondescript concrete structures, it nevertheless remains a quiet restful place to catch a glimpse into the world of old Bombay. Bungalows with sunlit verandas and gabled roofs covered in red Mangalorean tiles can be found along winding Veronica Street. They are also distinct in the white grillwork of their balconies and external staircases, and short square curtains tied back in the windows. It is said that in the old days villages houses stood open, and today you might still find someone relaxing in a veranda and ready for a chat.

Bassein Fort is located in Vasai, technically beyond the city, but it is only a few hours away and worth a day’s expedition. The Portuguese built it in the 16th century but fell to the Marathas in the 17th. The fort contained a large citadel, with several churches and water tanks, storehouses, an armory, and fields for vegetables. Several of the structures are still partially standing. Still visible are the remains of noble architecture, walls and decorative arches, stalwart columns and other decorative motifs. Many of the structures are now overgrown with vegetation, making it a pleasant place to wander through.