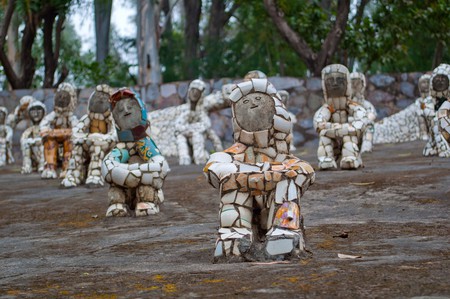 The city of Chandigarh, India, is famous worldwide for its rock garden. But before there was a garden, there was a man with a secret passion for art.

The Rock Garden of Chandigarh is 25 acres of artistic magic. Home to 2,000 statues and welcoming more than 5,000 visitors per day annually, the outdoor museum is a striking combination of masterful architecture and landscaping, complete with courtyards, waterfalls, clearings and a fairy tale of sculptural creatures. 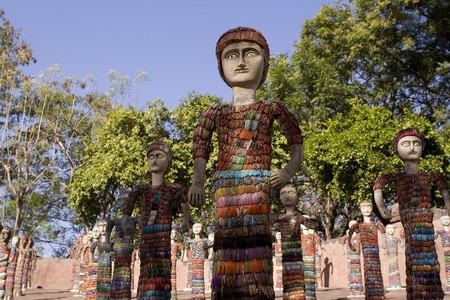 The bangle ladies of the rock garden | © Lian Chang / Flickr

However, this wonderland of creativity could have just as easily never been, for its founder actually started the project completely in secret.

In the 1950s, while working as a roads inspector for Le Corbusier’s construction of Chandigarh as the new capital of Punjab, Nek Chand cleared a small patch of jungle in the North Indian city. He soon began to cultivate a humble garden, cordoning the area off with stones and eventually using found materials including discarded homeware and recyclables to create sculptures with which to animate the space. 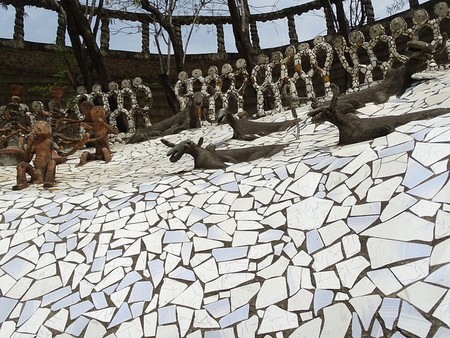 Every evening after working a full day, Chand would toil through the night entirely alone to make and place the statues and to clear more land on which for them to live. It was illegal for him to be cutting down the forest at all, much less to be transforming it into an art installation, so he told no one about the project.

Despite a total lack of formal training as an artist, Chand’s sculpture park soon contained 100 artworks spread across several acres of interlinked gardens carved from the jungle, all of which were technically illegal. Broken plates, electric plugs, fluorescent tubes, bicycles, bottles, shells, pots, pans and more were melded together to create the likes of queens and beggars, animals, children, dancers and more. 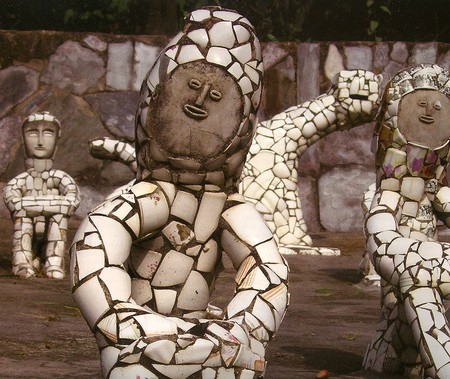 Sculptures at the garden | via WikiCommons

Fifteen years following its illicit inception, the authorities finally discovered the storybook environment. Though Chand could have been in a lot of trouble for his creation, the city instead decided to help him pursue the project as opposed to chastising him for it. They granted him a yearly salary and a workforce of 50 labourers to help him continue to create and curate his magical landscape, inaugurating it The Rock Garden of Chandigarh in 1976. 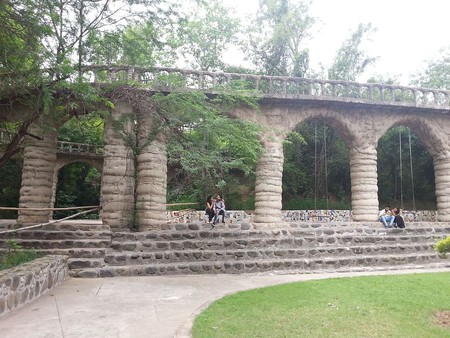 The space goes beyond just sculpture with archways, waterfalls and mosaic | © ljon / WikiCommons

Nek Chand passed away in 2015 at the age of 90, and at the time of his death had been honoured with multiple awards and given exhibitions of his work around the world. Though 1996 saw the staff of his garden taken away and the slow decline of its maintenance by the state, the Nek Chand Foundation was founded in 1997 by enthusiasts from artist’s international following and continues to attend to and cultivate the space to this day.