The Top Indian Films Based On Classic Literature 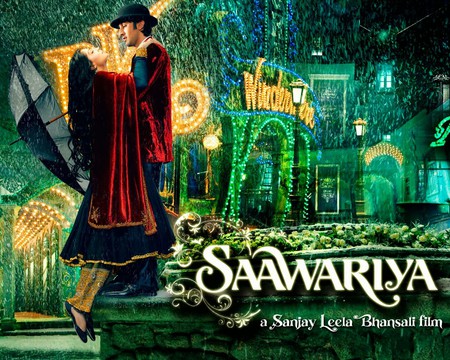 Cinema has from time to time fallen back on literature in search for stories to present on celluloid. Book lovers will argue with the statement, ‘never judge a book by the movie,’ while cinema lovers will stick to ‘stories are brought to life,’ but the fact remains, literature will always find a way to the silver screen. To adapt a story on screen is a daunting task, more compounded if the story happens to be a classic. It is the director’s vision which can do justice to the story. Filmmakers like Satyajit Ray, Ritwik Ghatak, Mrinal Sen, and Shyam Benegal have seamlessly transformed the words on pages to dialogues on screen. Here we look at some of the prominent Indian films based on classic novels.

Set during India’s partition, Pinjar is one of the most acclaimed works by the Indian poet and author, Amrita Pritam. It describes the hardships faced by the rural Indian women who were bound by the strict laws of the society during those times. It was adapted into a movie of the same name. Pinjar, the movie, won the National Award for Best Feature Film along with several other acclaims. Directed by Chandra Prakash Dwivedi, it stars Manoj Bajpai, Sanjay Suri, and Urmila Matondkar as Puro, the young Hindu woman who is kidnapped by a Muslim and later forsaken by her family. The author’s experience is reflected in the character of Puro, a resilient person who stands as the personification for women. 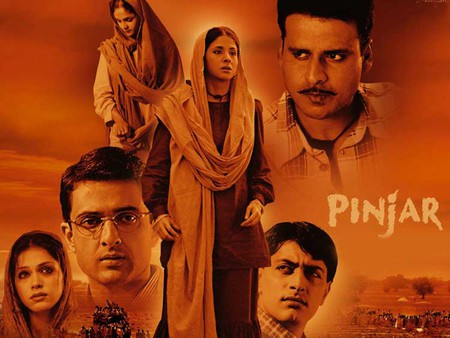 A simple story set in the hills of Himachal Pradesh, the home ground of Ruskin Bond. One of the most famous Indian authors of British origin, Ruskin Bond is known for his fascinating novels for children. This story is about a little girl named Biniya and her blue umbrella. Biniya gets the umbrella in exchange for her lucky necklace. The umbrella grabs the attention of the village folk, including the local shopkeeper, portrayed beautifully by Pankaj Kapoor, who tries to acquire, in vain, the umbrella from the girl. But when a plot to steal the blue umbrella with the help of his shop boy goes wrong, the villagers despise the shopkeeper, earning him a bad reputation. Biniya feels guilty that her flaunting of the umbrella has caused all these problems, and seeing him realize his folly, she gives the blue umbrella back to him to make him happy. Directed by Vishal Bharadwaj, the film earned the National Award for Best Children’s film. 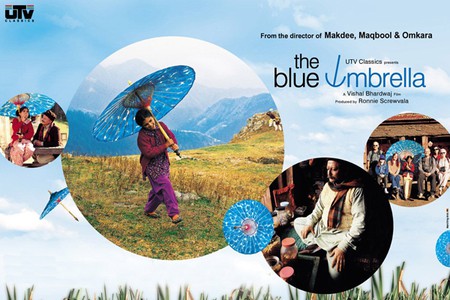 A magical tale beautifully picturized by Sanjay Leela Bhansali. This story is inspired by Fyodor Dostoevsky’s short story, ‘White Nights.’ It is about a happy-go-lucky guy (Raj played by Ranbir Kapoor) and Sakina (Sonam Kapoor) and is narrated by a prostitute (Gulabjee played by Rani Mukherjee) who lives in Saint Petersburg and suffers from loneliness. The movie tells the story about Raj who meets this girl Sakina on a bridge one night. He gets to know and falls in love with the young woman, but the love remains unrequited as the woman misses her lover with whom she is finally reunited.

The movie, directed by none other than Satyajit Ray, is based on a story of the same name by Munshi Premchand. It’s set during the eve of India’s first struggle for independence. Avadh is one of the many princely states, ruled by Nawab Wajid Ali Shah (portrayed by Amjad Khan). Like all other states, Avadh is also in an agreement with the East India Company’s treaty of friendship. Munshi Premchand has crafted a story revolving around the decadence of the princely states and the dominance of the British Company through the game of chess.

The Nawab of Avadh has peculiar traits, highly unlike the traits of a typical ruler. He is a connoisseur of arts who loves to write poetry. He composes songs, choreographs dances, and organizes gatherings of performers. However, his dealing with worldly matters is minimal. The British have allowed the Nawab to act as the figurehead ruler in exchange for taxes.

Mirza Sajjad Ali (Sanjeev Kumar) and Mir Roshan Ali (Saeed Jaffrey) are two typical landlords of the capital city of Lucknow. Mirza and Mir symbolize the ignorance of that time which led to another hundred years of British rule. They are engrossed in the game of chess, living off their ancestral wealth. Little do they know that they, and landlords like them, are acting as pawns on the political chessboard played by the East Indian Company.

In the meantime, the British are strengthening their grip on the country by annexing every state, step by step, by crafty political maneuver. Lord Dalhousie has dispatched General Outram to Avadh with a plan. The king, Wajid Ali Shah, is faced with a checkmate – he can either give up his throne, thereby, giving up his life of leisure and luxury of songs and poems or fight against the company in order to protect his rule. Given the friendship treaty, Nawab Wajid Ali Shah has never maintained an army, nor does he have the will and zeal to amass one at the time of crisis.

Ultimately, Awadh is annexed by the company – Game, Set, and Match! 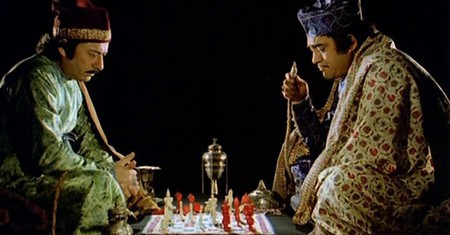 A great plot, a bunch of stalwart actors, and an ace director – Ruskin Bond’s novella A Flight of Pigeons was brought to the screen by none other than Shyam Benegal, whose oeuvre includes films like Ankush, Nishant, and Bhumika, among others. The film name became Junoon and was produced by Shashi Kapoor. Released in 1978, the movie is a rare gem which to date brought out the best performance of Shashi Kapoor as Javed Khan, the patriarch of the family. Its cast included Jennifer Kendal, Shabana Azmi, Nafisa Ali, Kulbhushan Kharbanda and Naseeruddin Shah. The story is set during the Sepoy Mutiny of 1857 and depicts the various social, moral and political complexities which are equally relevant today. 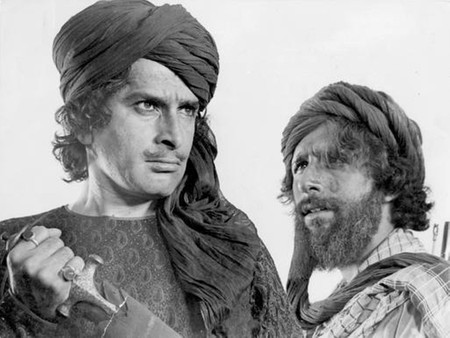 © Shashi Kapoor
Give us feedback