The Story Behind the Lost Land of Dhanushkodi in India 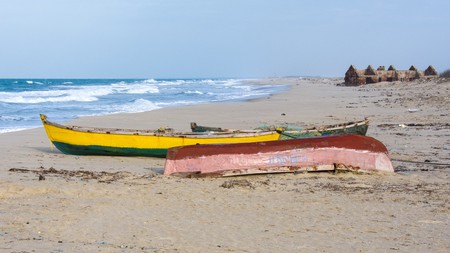 Located on the south-eastern end of Pamban Island (or Rameshwaram Island) in Tamil Nadu, Dhanushkodi was ravaged and abandoned following a cyclonic storm in 1964. All that’s left is the ruins that serve as a reminder of the once prosperous town. Read on to discover the story of this tragic and fascinating place.

Dhanushkodi, once a thriving town

Flanked by the Indian Ocean on one side and the Bay of Bengal on the other, Dhanushkodi was once a bustling and flourishing town – with houses, schools, church, temple, a post office and a railway station. Thousands of people resided in this tiny town, known as one of the richest fishing belts in the country. Also, it was the only land border between Sri Lanka and India, and served as a major port for several pilgrims and traders. The temple and the church in the town were visited by many devotees, making it a preferred tourist spot. 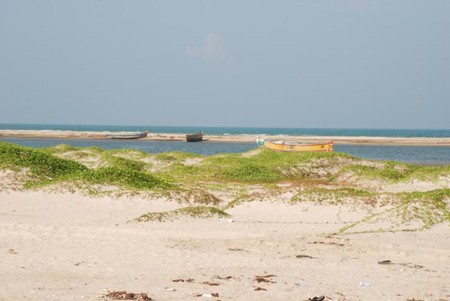 The town once bustling with locals and holidaymakers alike was emptied abruptly and completely. On December 22, 1964, a massive cyclone swirled across Dhanushkodi with winds gusting up to 170 mph and the entire town was in ruins and deserted in the aftermath, just as it has stayed to this day. Tragically nearly 1,800 people lost their lives, and all the houses in the town were razed to the ground. The Madras Government quickly labelled the town as ‘not fit for human habitation’.However, today only a small number of fisher families live here in their thatched huts.

The town’s remote location and tragic past lends it an eerie vibe, thus it is also often referred to as the ‘ghost town’. 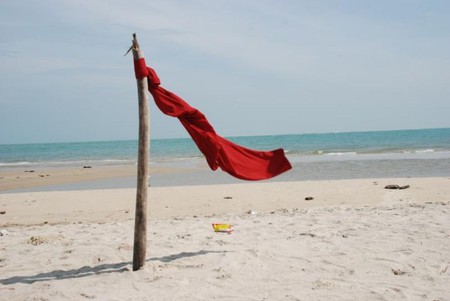 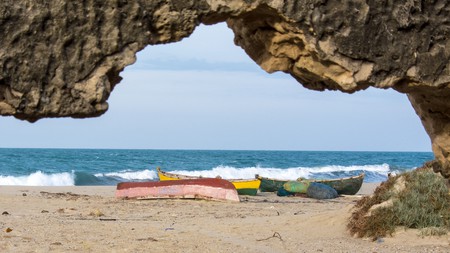 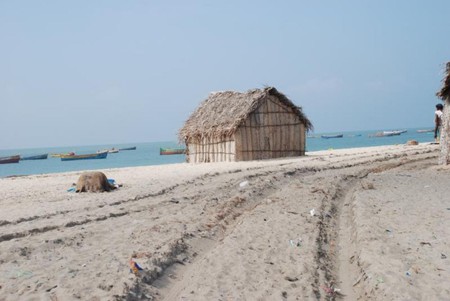 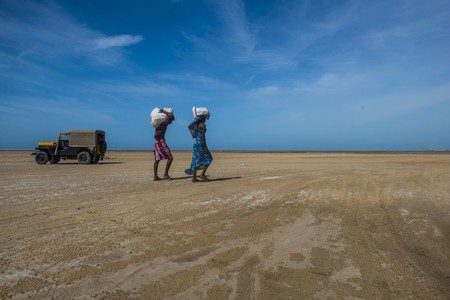 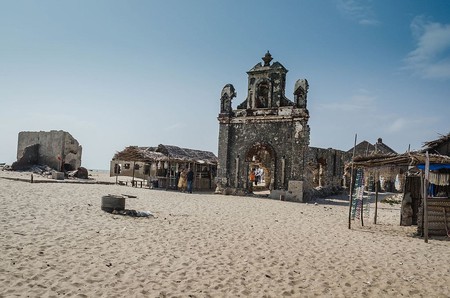 More than 53 years after the tragic incident, the town is slowly coming alive and has started to appear on the radar of intrepid travellers looking for an offbeat destination. Its serenity and peace, azure sea, soft white sand and ruins along its sandy shoreline fascinate travellers.

You can see the ruins of a temple, railway station, a church and homes of the then inhabitants. Besides, visitors can relax on the beach and listen to the sounds of the mighty waters of the Indian Ocean and the Bay of Bengal. Also, there are one or two small shacks and a tiny tea stall on the beach. 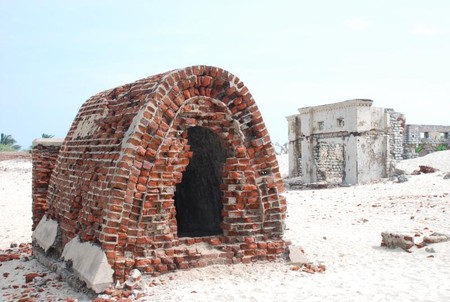 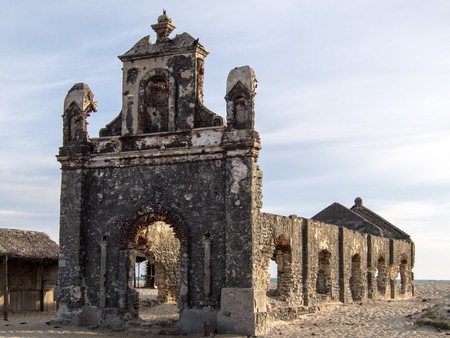 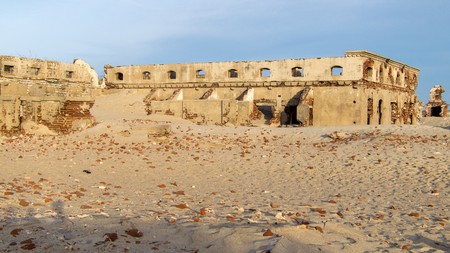 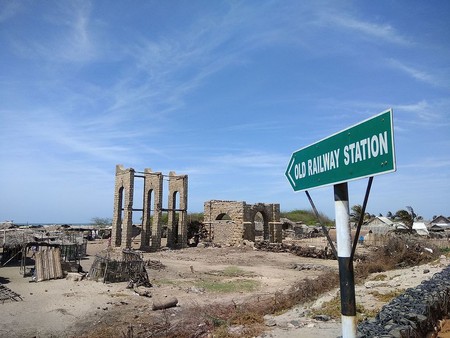 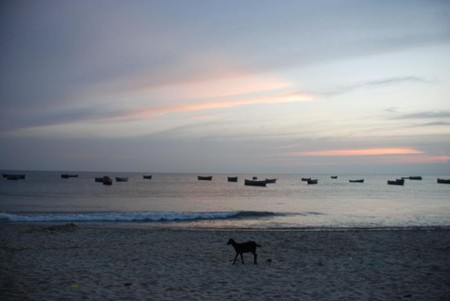 Dhanushkodi and its Mythological Connection

As per mythology, Dhanushkodi was the spot where Lord Rama and his army built Ram Setu, otherwise known as Adam’s Bridge across the sea connecting Rameshwaram Island (Tamil Nadu) and Mannar Island (Sri Lanka), to rescue his wife Sita from the clutches of the demon king Ravana. After rescuing his wife, Lord Ram destroyed the bridge with arrows from his bow, on request of Vibhishan (new Lanka King), thus the name of the town became ‘Dhanushkodi’, meaning ‘end of bow’. 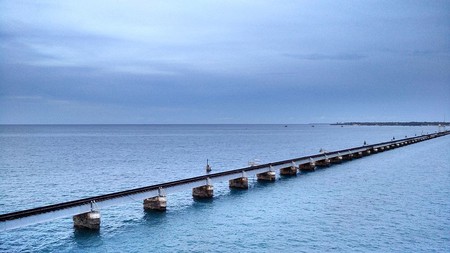 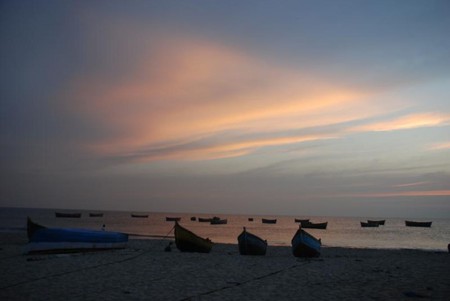 As there is no direct connectivity to Dhanushkodi, you need to reach Rameshwaram first, which is located approx. 12 miles from Dhanushkodi. Rameshwaram is well-connected via rail from the major south Indian cities, like Trichy, Chennai, Thanjavur and Coimbatore. Or, you can take a flight to Madurai, which is approximately 3.5 hours drive away from Rameshwaram.

From Rameshwaram, you can drive or take a bus to Dhanushkodi until a certain point, i.e. Moonram Chathiram. From there, you need to board the tempo/tiny truck that will ferry you to Dhanushkodi – the journey itself is fascinating as you’ll be travelling along a thin strip of land with sea on both sides.

Point to note: Entry after 5 pm is not allowed. No cafes, rest rooms or hotels in Dhanushkodi. The entire tour to and from Dhanushkodi can be covered within 2 hours. 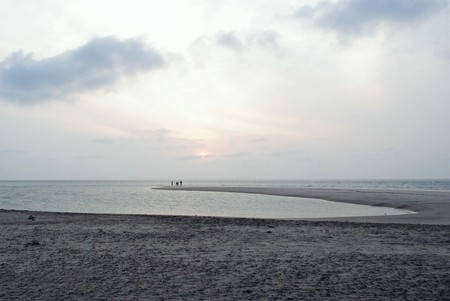 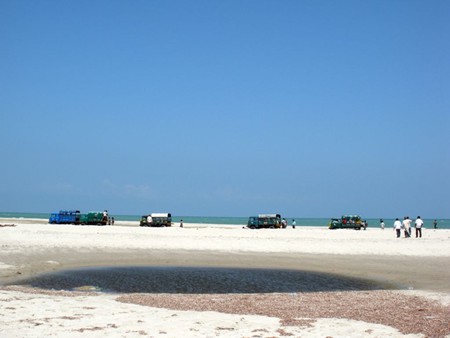