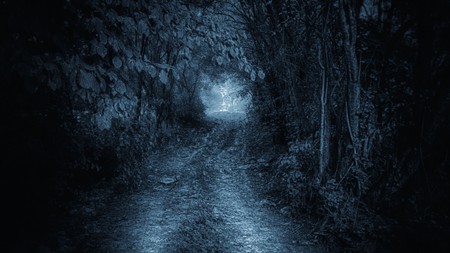 Mayong, where silence and mystery lurk all around, is a small village in the Morigaon district of Assam, India, on the bank of the Brahmaputra River. Over the years, this otherwise quiet village has gained a lot of tourist attention due to its deep history and is popularly known as the ‘Land of Black Magic’. Curious to find out why? Here’s everything you need to know about this mystical place.

How Mayong got its name

The origin of the name Mayong is backed by a number of stories and sources, however, there isn’t any concrete evidence of them being true. Some people say that it is derived from the Sanskrit word maya, which means ‘illusion’, while others believe that it is taken from the word miyong, meaning elephant in the Dimasa language. Some locals say that in the ancient era, the place used to be the habitat of the Moirang clan from Manipur and thus, the word moirang became mayhong and finally, turned into Mayong. 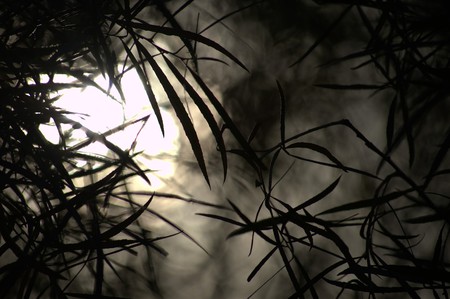 Due to its history of black magic, Mayong is often considered a dark and scary place | © ctvgs / Pixabay

Mayong finds its mention in the mythological epic Mahabharata, along with Pragjyotishpura (ancient Assam). Legend has it that Chief Ghatotkacha took part in the battle of Mahabharata after attaining different magical powers from Mayong. People in the village even believe that many older saints and witches who practiced black magic still take shelter in the jungles here. 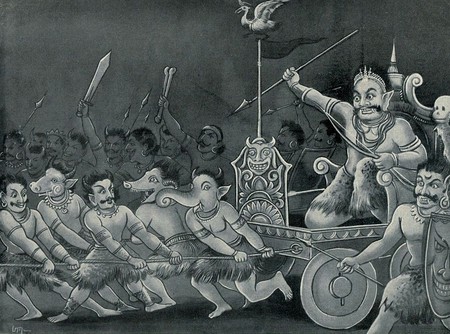 The history of Mayong

There are all sorts of famous, creepy stories about the place, like people disappearing into thin air, men being turned into animals, wild beasts being tamed magically, etc. Though there’s no clear evidence to all of this, the locals and elderly people here claim that they themselves have seen such things happen in Mayong and therefore, regard these stories to be true. One such story is of Muhammad Shah and his army. It is said that during war times in the 1330s, Muhammad Shah’s 100,000 horsemen disappeared near Mayong due to black magic and witchcraft and not a single trace was left behind. 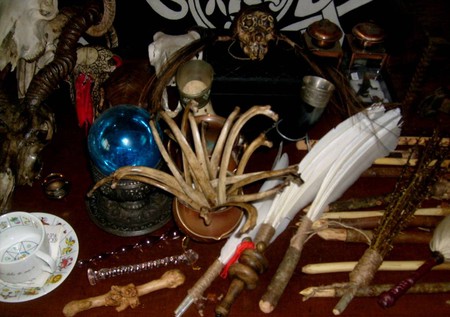 Since time immemorial, Mayong has been the centre of wizardry and witchcraft in India. And thus, a number of practices were carried out here, out of which Narbali, or human sacrifice, was the most prominent one. In this practice, as a part of the rituals of worshipping Goddess Shakti, humans were sacrificed to attain various powers of black magic. Recent excavations in Mayong have found swords that were used to kill humans, centuries ago.

The magic of Mayong

A vast majority of the population of Mayong knows and practices black magic. When you visit here, the locals will offer you palm reading. Some of the people here work as fortune tellers and claim to predict a person’s future using seashells and broken glass pieces.

There are many doctors in Mayong as well, often known as bez or ojaa. They do not use any medicines to treat illness, but black magic and most probably have ghosts working for them as assistants. Creepy, right? Locals say that these doctors use copper plates to treat pain. They place the plate on the injury, chant a few mantras and wait for it to ‘eat away’ all the pain. In case a person is suffering from severe pain, the plate would then overheat and smash onto the ground. People here also claim that many chronic diseases have been cured in Mayong by black magic. 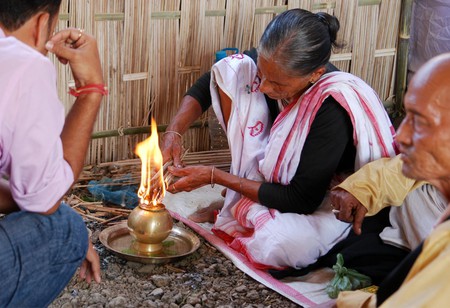 The witch doctors also use their magic to locate a lost property. According to the local people, when someone loses their possession, they go to the doctor, who places a flower inside a metal bowl and starts chanting mantras. With magic, the bowl starts moving on its own on the ground, all the way to the place where the lost item is kept.

Due to its mysterious past and black magic, Mayong is gradually turning into a tourist spot. If you’re a curious traveller, adventure lover, history buff or are simply fascinated by black magic, Mayong can be an interesting place to check out. The village has a number of artefacts and archaeological relics, along with some books on ancient Ayurveda and black magic, which can be found in the Mayong Central Museum and Emporium. You can even interact with the local people, learn some stories or discover a few magic tricks.

Close to Mayong, there is the Pobitora Wildlife Sanctuary, which has the highest number of one-horned rhinos in the world. The Mayong Pobitora Festival is celebrated here every November and it is where you will get to see an astonishing fusion of magic and wildlife. 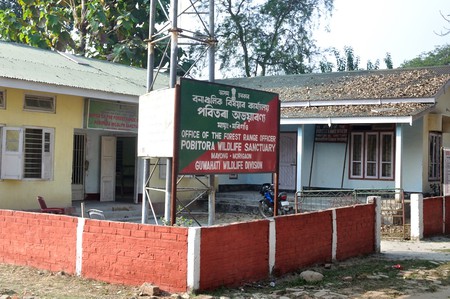 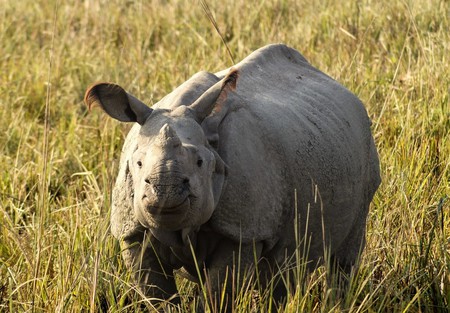 How to reach: Mayong is 40 kilometres away from Guwahati. So after you land at the Guwahati International Airport, you can either head there via road or take a train to Jagiroad Railway Station (closest to Mayong).