The Story Behind Chennai's Oldest Church 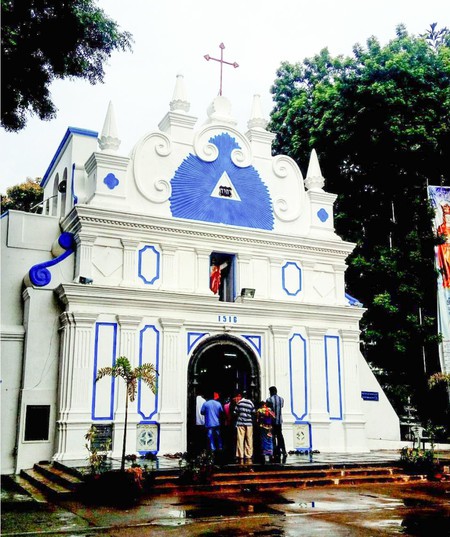 Tucked away in a quiet lane in Chennai, Tamil Nadu is a 500 year old church popularly called Luz which boasts of being Chennai’s oldest Christian house of prayer and one of the earliest European buildings in India. Among the locals it is known as ‘kattu koil’ which translates to ‘forest church’. The parish has narrated a thrilling tale of the Church’s origin for generations.

It all started when nobleman and explorer Pedro Alvares Cabral was ordered to lead the second Portuguese India Armada by King Manuel I. Along with his fleet of ships there were eight friars who first landed in Cochin, Kerala and spent a decade there. To spread the Gospel farther the friars set sail once again, but met with a vicious storm at sea. There was no hope of surviving until a mysterious light led them to the Mylapore shore. Once their boat was safely moored the friars were led by the same light to an empty patch in the forest. In gratitude of saving their lives they built a church and named it Luz. 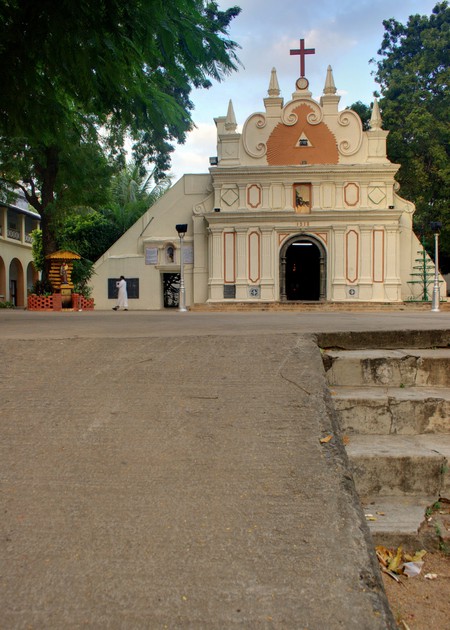 Just a mile away from St. Thomas Cathedral Basilica is the Church of Our Lady of Light also known as Luz Church | © Simply CVR / flickr

The south wall of the church has an inscription that says ‘Friar Pedro of the Observance of St. Francis built this church of Our Lady of Light in 1516.’ The building today is an expanded and renovated version of what must have started as just an oratory. The interior of the church is a mix of Gothic, Baroque and classical European style. The ceilings have beautiful powder blue fresco paintings.

Luz Church never quite grew in prominence and does not attract a lot of tourist visits. It is probably overshadowed by the St. Thomas Cathedral Basilica, just a mile away. But, the church has stood undeterred for 500 years. The Golconda did some significant harm to it between 1662 to 1673 when armies were led by Hyder Ali. The building has, since, been fully renovated. The humble and serene presence of the church on a quiet, shaded road with old towering trees can be missed if you’re not specifically looking for it. In a way, it stands as a metaphor of faith in God – search and ye shall find.

Built in 1516, Luz church is one of the oldest and most beautiful church in the city!! #luzchurch#oldestchurch#500years#mothermary#portugesebuilt#chennai#beautiful#ancientchurch#instalike#instapic#church#chennaidays#chennaidiaries#picsoftheday