The Sari: Nine Yards Of Art 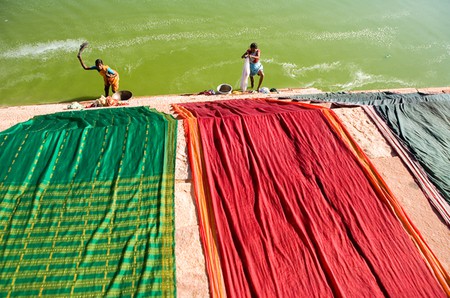 After the luxury French brand Hermes launched 28 sari designs in Mumbai, India, Amrita Dasgupta explores the world of the elegant sari. The versatility of this quintessential garment has a great deal to do with its popularity, and the blank canvas provided by nine yards of unstitched cloth acts as a potential arena for art and creativity. 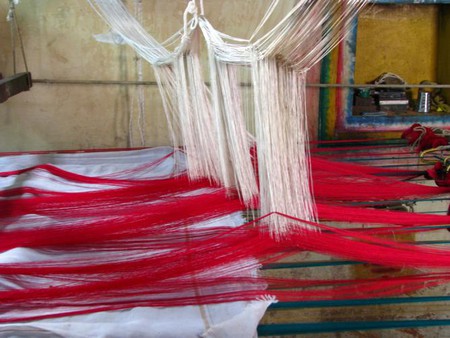 In the history of Indian clothing the sari can be traced back to the Indus Valley Civilisation, which flourished during 2800-1800 BC around the western part of the Indian subcontinent. The earliest known depiction of the sari in the Indian subcontinent is the statue of an Indus Valley priest wearing a drape. Ancient Tamil poetry, such as the Silappadhikaram and the Sanskrit work Kadambari by Banabhatta, describes women in exquisite drapery or sari.
Sculptures from the Gandhara, Mathura and Gupta schools (1st-6th century AD) show goddesses and dancers wearing what appears to be a dhoti wrap; the ‘fishtail’ version which covers the legs loosely before flowing into a long, decorative drape in front. In this version no bodices are shown.
Sources state how everyday costume would consist of a dhoti or lungi (sarong), combined with a breast band and a veil or wrap that could be used to cover the upper body or head. The two-piece Kerala mundum neryathum (mundu, a dhoti or sarong, neryath, a shawl, in Malayalam) is a survival of ancient Indian clothing styles. The one-piece sari is a modern innovation, created by combining the two pieces. 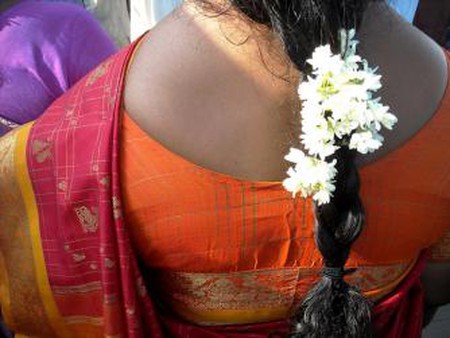 Why The Sari Survived

In the subcontinent, the famous ‘Indian Summers’ tend to be sunny and sultry and therefore the sari is well-suited. Yards of cloth draped around the body protects it from the sun in summer and the cold in winter, while the cropped choli has a cooling effect.
The versatility of this quintessential garment has a great deal to do with its popularity. The sari’s potential to be draped in nearly a hundred ways means the wearer can use it for many occasions; styling it to appear formal and elegant before its transformation into a relaxed and informal outfit.
Though most of the world has adopted western wear for its practicality, the sari in the subcontinent never seems to go out of fashion. Saris continue to be worn by Indian women for everyday wear, traditional celebrations and weddings. It is now considered a global attire due to its popularity with celebrities, both Indian and international. 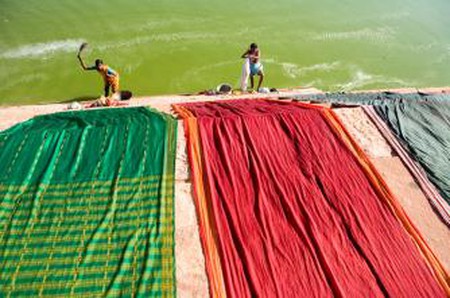 Much of its popularity can also be attributed to the blank canvas provided by nine yards of unstitched cloth as a potential for art and creativity. Over the centuries, each region in the Indian subcontinent has developed its own unique sari style, weave and texture. The Ikkad and the Sambalpuri from Orissa, the Bengal cotton from West Bengal, the Tussar Silk from Bihar, the Pochampally from Andhra Pradesh and many more. The sari has woven itself intrinsically into all sections of Indian society by transcending class, religion and socio-political divisions.