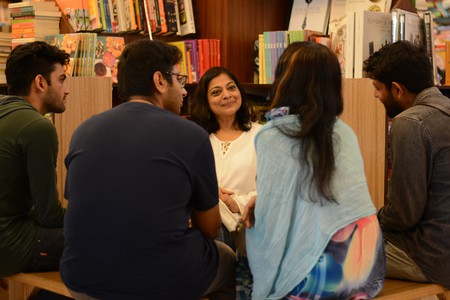 Imagine a library where you can walk in and borrow a person in much the same way you would borrow a book. Mumbai’s Human Library, and the most successful one of its kind in India, has also adopted the worldwide movement for social change that goes by the tagline,”Don’t judge a book by its cover”.

The Human Library collects people with interesting stories and allows visitors to ‘read’ them for sessions lasting up to 30 minutes each. While this concept started in Denmark nearly 18 years ago, it has been embraced by several countries across the globe for its mission to dispel prejudices by letting people hear the stories and ask questions.

How the Human Library in Mumbai began

Although India has nine other human library chapters across the country – including in Delhi, Hyderabad, Indore, and Chennai – the one in Mumbai has taken off. It recently celebrated its first anniversary.

Brought to the city by Andaleeb Qureshi, a former pharmaceutical professional, the Human Library has now become a space for real and unedited stories to come to life. “I wanted to start one in Mumbai because this city is full of people with amazing real-life stories,” said Andaleeb. “The problem with books for me has always been the fact that they are a one-way interaction. But with a human book, you get to hear incredibly real and interesting stories straight from the horse’s mouth and even interact with your ‘books’, which isn’t something you can do at a regular library.” 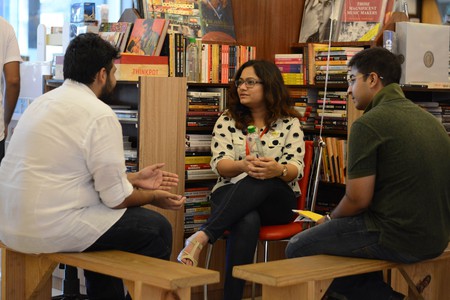 ‘The books are exposing their most vulnerable side’

What really makes the Human Library special are the ‘books’, says Andaleeb. From rape victims to people from the LGBTQ community, from journalists to those with disabilities, the Human Library Mumbai has registered ‘books’ from all segments of society.

However, while there’s no dearth of people with interesting stories in a city as vibrant as Mumbai, the readers are just as important. According to Andaleep, the ‘books’ are exposing their most vulnerable side and sharing their stories with complete strangers. “That is why it is incredibly important to have readers who are understanding and not those that are here just for some fun,” she says. “Luckily, the majority of our readers so far have been compassionate. Of course, there have been some readers who come in with the intention of poking fun. But we make it a point to allow them into the session and they almost always have a change of heart once they’ve spent 30 minutes with the book.” 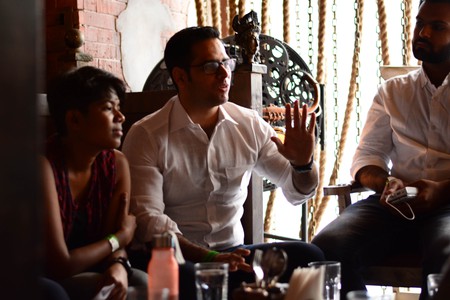 The people with the best stories aren’t necessarily the best storytellers. And herein lies the primary challenge of running the Human Library, says Andaleeb. “Our aim is to make every book as engaging and captivating as possible, and sometimes we spend months preparing our human books before they are added to the list. However, since the books too will be interacting with real people, there is only so much one can prepare for in advance. Being in a session and being read is also the best learning experience for the human books. Sometimes, the questions the readers ask can make the human books introspect and learn more about themselves too.” 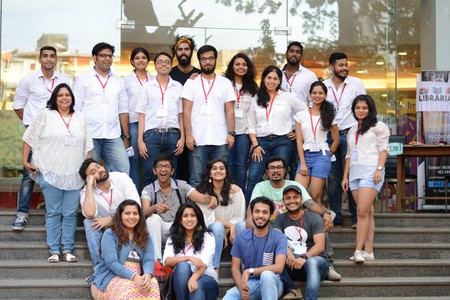 In the one year since its launch, the Human Library Mumbai has crossed several milestones. It has more than 55 registered books across 13 events, and has served over 3,700 readers. This is more than in any other city in India where the concept has been adopted.

For those interested in attending, the events usually take place once a month in Bandra’s Title Waves Bookstore. Those wanting to register as a human book should contact the Human Library Mumbai team before an event and fill out a form.