The Most Beautiful National Parks You Should Definitely Visit in India

Kaziranga | © Diganta Talukdar / WikiCommons
If you are looking to sample India’s incredible biodiversity, there are few better places to head to than its numerous stunning national parks. We’ve rounded up a list of the country’s most incredible parks to locate rare animals and plants, take in breathtaking views and immerse yourself in dense greenery.

Park
Jim Corbett | © curiouslog / Flickr
Established in 1936, Jim Corbett is the oldest national park in India. Built to protect the endangered Bengal tiger, this historic park in Uttarakhand receives more than 70,000 visitors every year. Along with plenty of tigers, the park is home to Indian elephants, leopards, sambar and barking deer, Himalayan bears, and several other animal species. The park offers a range of safaris, treks and other attractions for visitors.
More Info
Open In Google Maps
Ramnagar, Uttarakhand, 244715, India
+919759363344
View menu
Visit website
Visit Facebook page
Send an Email
Give us feedback

Park
Periyar National Park | Bernard Gagnon / WikiCommons
Surrounded by the hills of the Western Ghats in the state of Kerala, the Periyar National Park is among South India’s most visited national parks. Home to a large elephant population in addition to a significant number of Bengal tigers and other endangered species, this dense park also has two major south Indian rivers—Periyar and Pamba—flowing through it.
More Info
Open In Google Maps
Kerala, India
+914869224571
View menu
Visit website
Visit Facebook page
Send an Email
Give us feedback

This UNESCO World Heritage Site spreads out across the state of West Bengal and the neighboring country of Bangladesh. The Sundarbans, the world’s largest coastal mangrove forest, covers an area of about 10,000 square kilometers (3,816 square miles) and is home to the Bengal tiger, among other endangered animal species. 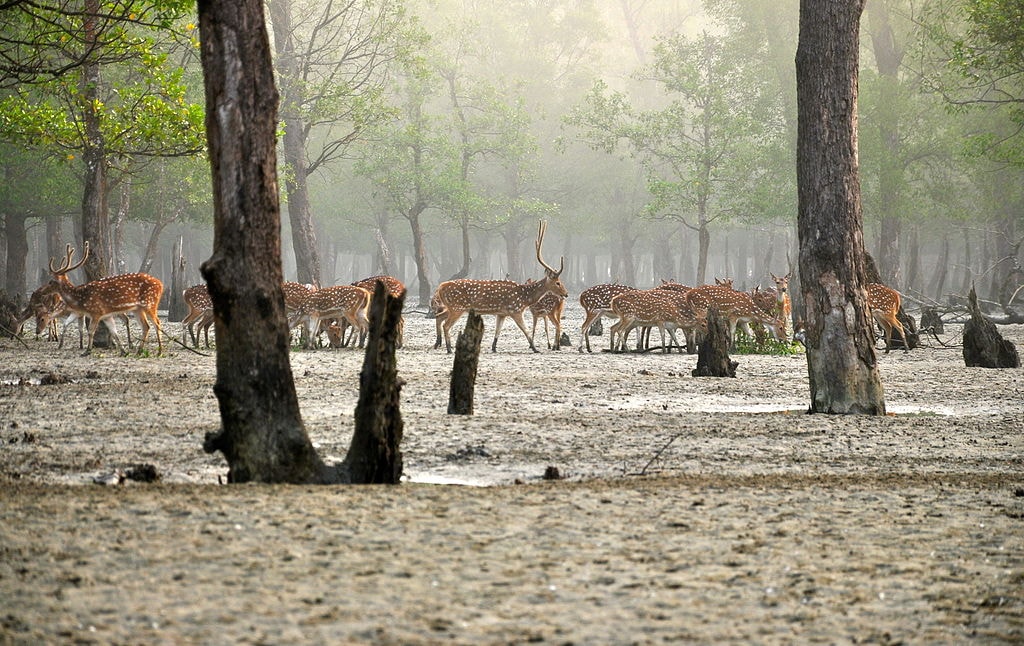 Park
Gir National Park | Shovik 14 / WikiCommons
Home to the Asiatic lion, Gir National Park is one of the most important protected natural areas in the country. Spread across 1,412 square kilometers (545 square miles) in the state of Gujarat, the area was first declared a protected area in 1900 to preserve the fast-dipping lion population. Once as low as 20, the population has now climbed to about 650 in 2017. With many safaris and tours, the park has remained among Gujarat’s prime tourist attractions since its founding in 1965.
More Info
Open In Google Maps
Gujarat, India
+912877285540
View menu
Visit website
Visit Facebook page
Send an Email
Give us feedback

Also known as the Kanha Tiger Reserve, this is the largest national park in the state of Madhya Pradesh. Home to a large population of Bengal tigers, leopards, and other wild animals, this dense forest is the one in which Rudyard Kipling based The Jungle Book. 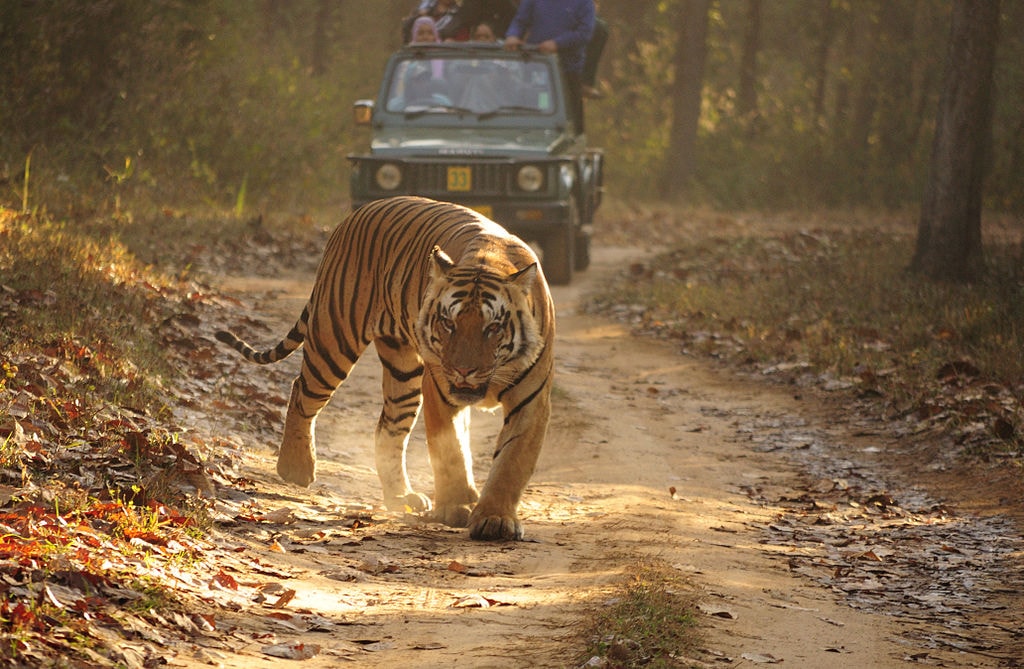