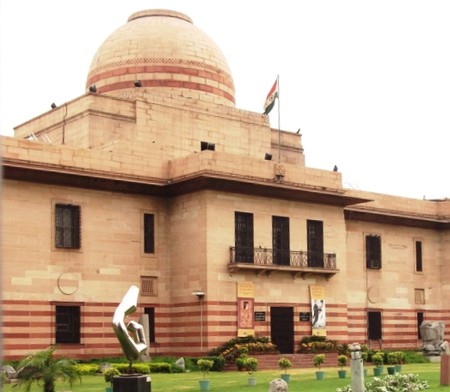 India‘s premier art gallery, National Gallery of Modern Art was set up at Delhi more than six decades ago. Here’s a look at how it came into being and flourished.

Before the year 1949, the idea of a national gallery of art for the nation was a distant dream. However, this was the year when the idea germinated. The most constructive steps towards bringing this idea to life were taken by Prime Minister Jawahar Lal Nehru and Maulana Azad, along with bureaucrats like Humayun Kabir, with the support of the art community. It was a culmination of a lot of efforts that led to the inauguration of the NGMA (National Gallery of Modern Art) on March 29, 1954 by Vice President Dr S Radhakrishanan in the presence of Delhi’s art lovers. The choice of building was equally intriguing –Jaipur House. The erstwhile residence of the Maharaja of Jaipur, situated in the prime space of Lutyens, was a clear signal that this was envisioned and would always remain a high profile institution. Jaipur House was built in 1936, designed by Sir Arthur Bloomfield, as a part of the many harmonious façades at the India Gate circle. 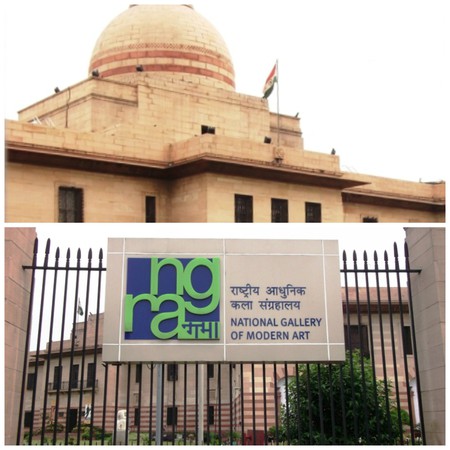 The first exhibition to ever take place at the NGMA was one of sculptures. The exhibit saw participation by Debi Prasad Roy Chowdhury, Ramkinkar Baij, Sankho Chaudhuri, Dhanraj Bhagat, and Sarbari Roy Chowdhury – all leading sculptors of the time. Put together by Herman Goetz, who was the first curator of the NGMA, the show was a result of painstaking efforts, worthy of being the first show at the institution. Goetz, a noted art historian, was also responsible for setting up the Baroda Museum.

The NGMA remains one of a kind. It is run as a subordinate office of the Department of Culture, Government of India. Following its expansion and addition of a new wing in 2009, NGMA was equipped with a new auditorium, a preview theatre, conservation laboratory, library and academic section as well as a cafeteria and museum shop. With another branch in Mumbai near the famous Regal Theatre and one in Bangalore soon, the NGMA seeks to spread the culture of art appreciation throughout the country. Impressively, the NGMA collection remains one of the best when it comes to modern and contemporary Indian art.