The History Of The Hanging Gardens Of Mumbai In 1 Minute 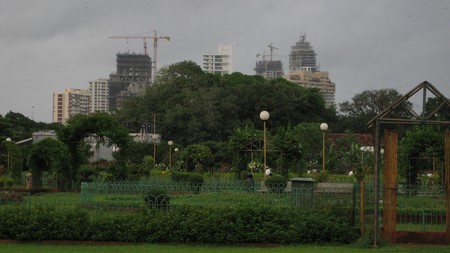 Green spaces in Mumbai are sparse. The situation is even worse in the historic and constantly developing South Mumbai. And so, Mumbaikars deeply cherish the few parks and gardens that grace the city. The Hanging Gardens on the western side of Malabar Hill have been a source of solace and wonder for locals and tourists for over a century.

The Gardens, also known as Pherozeshah Mehta Gardens were first built in 1881. Designed by Ulhas Ghapokar, it is said to have been built over one of Bombay’s main water reservoir to protect it from getting polluted, particularly by the nearby towers of silence. It was primarily dedicated to Pherozeshah Mehta, a prominent Parsi political leader, activist and lawyer, whose contributions to the city led to him being named The Lion of Bombay. Indicative of his many accomplishments, Mehta served as the President of Bombay Municipality four times (1884, 1885, 1905 and 1911) and as the president of the Indian National Congress in 1890. The garden was renovated to its current state in 1921. 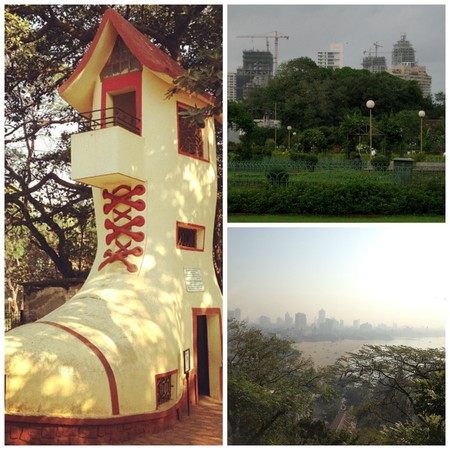 The Hanging Gardens spread out over a vast area that offers plenty of green space and trees amongst the heavily congested South Mumbai. Along with numerous hedges carved into the shapes of animals, the gardens feature a prominent flower clock at its very center. Another source of attraction for tourists is the ‘Old Woman’s Shoe’ or the ‘Boot House’ – a giant boot structure made out of stone and brick. Children can climb into the house. In addition, the spectacular view of the Arabian Sea offered by the gardens is its main highlight and tourists flock to the park during late evenings to take in one of the most beautiful sunset views in the city.

With plenty of space, and well-maintained pathways for yoga or jogging, the vast, lush, green garden is a popular spot for morning workouts as well. Its location right next to the Kamala Nehru Park, another favorite haunt of green-lovers in South Mumbai.