The History Of Mumbai's Taj Mahal Palace Hotel In 1 Minute 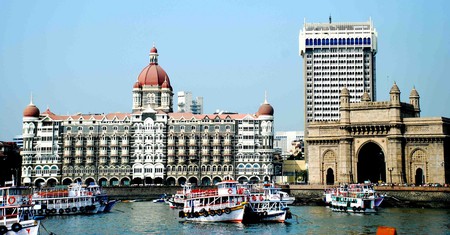 The Gateway of India and Taj, Mumbai | © Gsnair88/WikiCommons

‘Diamond by the sea’ – the Taj Mahal Palace is an architectural jewel in Mumbai. The foundation of the Taj was laid in 1898, and the hotel opened its gates to the guests for the first time on December 16, 1902, even before the foundation for the Gateway of India was laid (on March 31, 1911). It is located in Colaba, beside the Gateway of India, and used to be the first sight for ships calling at the Bombay port before the construction of the Gateway. Taj Mahal Palace was the first building in Bombay to be lit by electricity.

At one time, it was believed that Jamshedji Tata was inspired to build this hotel after he was refused entry at Watson’s Hotel, which was restricted to ‘whites only.’ However, this story has often been challenged by various commentators who claim that Jamshedji had built this grand hotel to gift the people a royal experience ‘worthy of Bombay.’

The Indian architects originally on the project for the Taj were Sitaram Khanderao Vaidya and D. N. Mirza; however, it was completed by an English engineer, W. A. Chambers. Khansaheb Sorabji Ruttonji Contractor was the builder of this grand hotel, and the unique floating staircase of the Taj was his design. Construction of the Taj cost over Rs. 4 crores. The hotel is a six-story building with a central Moorish dome and magnificent architecture of the Indo-Saracenic style. This royal palatial building is carved with Victorian Gothic and Romanesque details along with Edwardian touches on the roof. The hotel boasts of many firsts in the Indian hospitality industry – it used American fans, German elevators, Turkish baths and English butlers to give the people of its city an experience like no other hotel in the country. 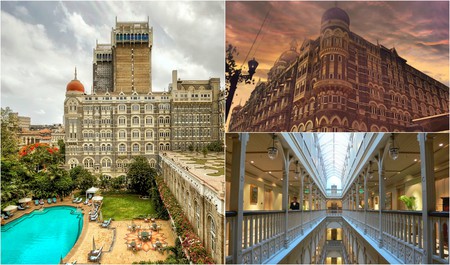 At the turn of the century when Jamshedji visited Paris, he saw for the first time pillars made of spun iron and ordered ten such pillars to be shipped for the construction of his grand hotel. Today, these long-standing pillars still hold the hotel’s ballroom.

Not many know that during the First World War (1914–1918), the hotel was converted into a hospital with 600 beds. In 1947, independent India’s first speech to industry was also made at the hotel.

On November 26, 2008, the hotel was hit by an unfortunate series of terror attacks that took the lives of at least 167 people, with at least 31 people dying in the hotel. The hotel was re-opened after restoration on Indian Independence Day, August 15, 2010. It was on November 6, 2010, when U.S. President Barack Obama became the first foreign head of state to stay at the hotel post attacks. He also delivered a speech from the terrace of the hotel, where he said that ‘the Taj has been the symbol of the strength and the resilience of the Indian people.’

A quote by Mr. G.A. Mathews, given back in 1905, is worth remembering: ‘The Taj Hotel is on such a scale of magnificence and luxury that at first it rather took one’s breath away. There is no other hotel in India which will bear comparison with it, as it is in a rank of its own.’