The Day It Rained Gold In Mumbai 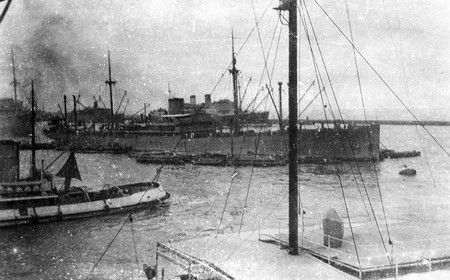 It was soon after 4pm on 14 April 1944, when two loud explosions momentarily overpowered the noise of colonial Bombay, driving the city’s inhabitants into a state of fear and frenzy. What followed was a frightening shower of burning gold blocks, metal and debris, and a fast-spreading fire that engulfed over two square miles of south Bombay. The incident, which is now known as the Bombay explosion of World War II, caused widespread death and destruction around the city, and is still grimly remembered by the city’s residents.

The source of the explosion was a British freighter catching fire at what was then the Victoria Dock of Bombay. The freighter, SS Fort Stikine, had been carrying an assortment of cargo including gold bars and cotton in addition to over 1,400 tonnes of explosive ammunition. Having caught fire, the ship exploded in two giant blasts causing tremors to be recorded as far as Shimla, over 1,700km away, in present-day Himachal Pradesh, and causing death and destruction across the city.

The incident caused widespread damage. The fire enveloped and sank around 11 nearby ships, claimed between 800 and 1,300 lives, including those of 71 firemen who were trying to control the blaze. Burning debris fell upon and set fire to nearby areas which included some of its most advanced commercial areas, as well as crowded slums. Over 80,000 people were recorded to have lost their homes and possessions, while over 50,000 lost their jobs as a result of their employers having been affected. 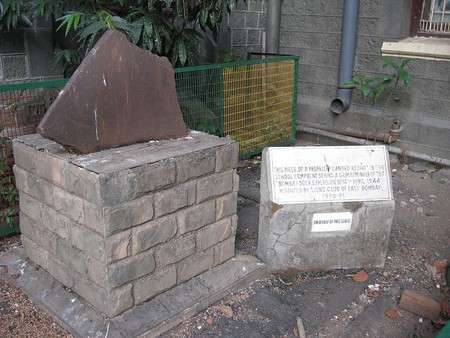 Propeller piece of a ship that landed in the St. Xaviers School in Mumbai during the Bombay Explosion (1944) | Nichalp / WikiCommons

When the fire was finally brought under control after three long days, the city was left with over 500,000 tonnes of debris engulfing the docks and nearby areas. A team of over 8,000 men worked for seven months to clear the area, though the city has been discovering items ranging from still-intact gold bars to even live explosives from the area ever since.

Mumbai, along with the rest of India, observes Fire Service Week every 14-20 April, in memory of the Bombay explosion and subsequent rescue mission. The city’s fire brigade has built a memorial outside its headquarters in Byculla to honour those fire-fighters whose lives were claimed by the explosion. 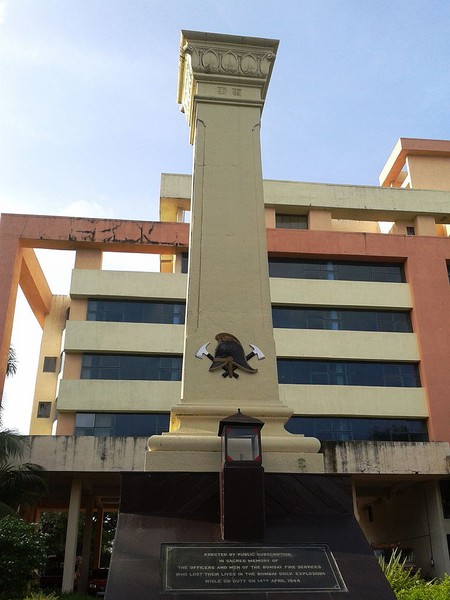