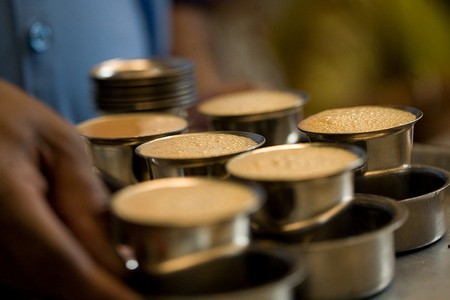 Every city has its breakfast traditions and so does the bustling city of Bangalore. Take a look at the city’s famed Darshinis and what makes them so popular.

For most Bangaloreans, one of the purest memories of growing up in the city surely has to be the darshini. Darshinis are ideal for those who are awake early enough to be hungry by 8am; after a lovely, indulgent walk in Lalbagh, people’s feet quickly shuffle towards one of the darshinis for a piping hot breakfast of ghee-enhanced treats. There’s masala dosa, the favorite of the new-to-the-south-and-curious, idli vada sambhar for the regulars, chow-chow-bath for the connoisseurs of spice medleys, and finally a frothy filter coffee to top all these off.

Darshinis sell the same food through the day. They are seen as a breakfast joint because the simple fare works best for breakfast. In fact, the concept of ‘breakfast’ in India doesn’t refer to a particular meal like eggs and toast does in Western cultures. Whatever is seen as a ‘snack’ or ‘tiffin’, as they call it in the South, is consumed for breakfast. But technically, these can be consumed at any point of time in the day, which is where the darshini comes in.

This is a puritanical place – decidedly Brahminical in its origins and demeanor. Usually open between 5.30am and 6am, darshinis are strictly vegetarian and don’t make too much of a fuss about service, to the point that a lot of patrons have gotten used to mild disdain from the servers, in the name of efficiency, of course. It typically goes like this: enter, decide, pay, take token, pick up the dish, stand and eat, leave. Simple, predictable, fresh and clean – it’s their predictable efficiency that, ironically enough, fosters warmth and comfort. The nonchalance of the darshini makes it feel homely and informal. Even if your darshini has comfortable seating, the experience always begins with the menu being shouted off at you in rapid succession. It takes a trained ear to catch what it wants and to ask for it. 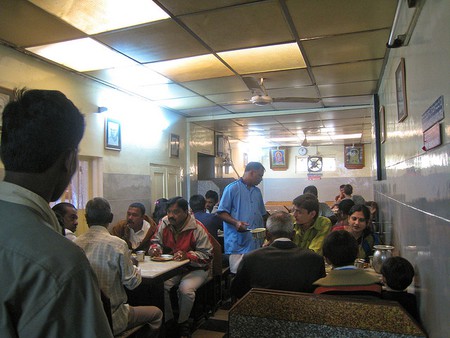 Darshinis aren’t like other cultural institutions that spring up around food, like the tea-and-bread stalls in Istanbul, the dim-sum places in South East Asia, the American diner or the European bakery. These places that bring one and all together – the traveller, the late night worker, the single man or the post-party meal-seeker. These eateries often develop around the families that run them, their essence flows from the people running the place, into the environment itself. They pick up a quasi-home-like quality for their regulars over time.

Darshinis, on the other hand, do not exalt the institution, despite how embedded they are in their ways. There might be one classic photograph of the owner right behind the cash-counter with his forehead adorned by kumkum and sacred ash, smiling beatifically at the patrons. But the rest of it is incidental to the experience. Faceless, the people running these joints are subsumed into the culture of the darshini. They perform their tasks in factory-floor-like precision and demonstrate the same energy levels from morning to night. They don’t approach the customer. You ask for what you want and graciously accepts what is served.

They are not without certain signature dishes though – the dosa at Vidyarthi Bhavan tends to be the softest and fattest, going against the notion that they have to be crisp and oily; the idli-chutney at Brahmins tends to cause mini-stampedes; MTR requires the customer to wait for almost 3-4 hours before getting a seat, and also to stay hungry in order to be able to do justice to the food; CTR on the other end of town stays humble and delicious. And these are just some of the more popular ones. Every area, every road has its own favorite with its own following of connoisseurs. 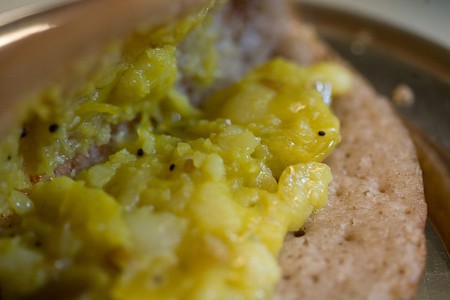 The reason people visit one of these darshinis is for the unwavering predictability of the taste and the uniqueness of it. The food in each place tastes different, but in itself, it is constant. The mastery of the darshinis is in mimicking the master-formula every single time. Unlike other family-owned restaurants and tuck shops that get known for a signature dish and then aspire to ‘interpret’ classic dishes or introduce new dishes, the darshini’s sole ambition is to stay reined-in, repeat and master.

So what’s so appealing about these Darshinis? Apart from the lip-smacking food, the darshini is a culture unto itself. It gathers meaning in an environment that is rooted in routine. No matter how much life deviates from routine, the darshini will always be on time. Just like regular home food, it brings delicious simplicity to the plate, filling customers up with satisfaction, rather than gastronomical delights. 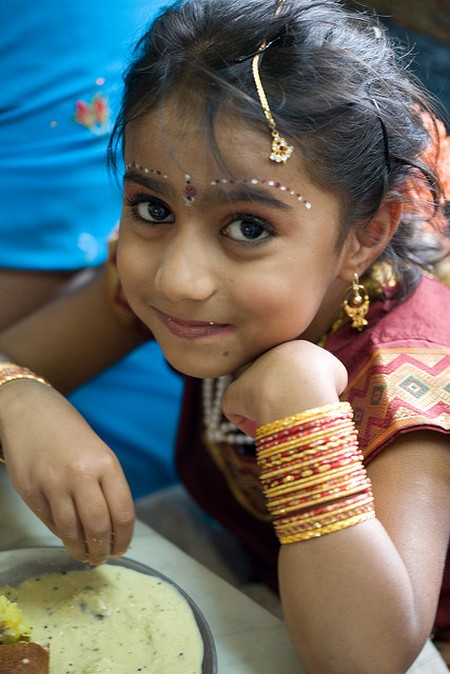 Visiting one of these South Indian breakfast places is not merely for the food, but because they are a sliver of South Indian life itself. They might be one particular end of the cultural spectrum, but they embody some of our idiosyncrasies as well as values. Just like we experience the Japanese sushi bar which prides itself in the delicacy of flavors on the palate, the darshini is a quick, 20-minute step into a culture that worships the regular, and masters the simple.