The Best Things to See and Do in Sikkim, India 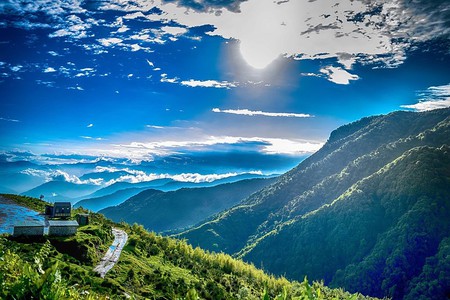 Landlocked between Bhutan, Nepal and Tibet, Sikkim is one of the smallest states in India, yet packs a punch in terms of things to do and see. Its stunning location – surrounded by snow-laden mountains, scenic lakes and rolling green hills – makes it a great destination for nature lovers and adventure enthusiasts.

Sikkim is a paradise for nature lovers. There are several national parks in the state, where you’ll encounter some of the wonderful wildlife, including birds, mammals and reptiles. Some of the must-visits include Maenam Wildlife Sanctuary and Varsey Rhododendron Sanctuary in South Sikkim that are home to a diverse flora and fauna, and the Khangchendzonga National Park, which is home to several animal species, including snow leopard, Himalayan black bear, Tibetan wild ass, wild dog, musk deer and Himalayan tahr. Also, about 550 species of birds are found in this park. Another famous locale for birdwatching is the forest of Kewzing, which is said to have more than 200 species of birds, some of which are indigenous. 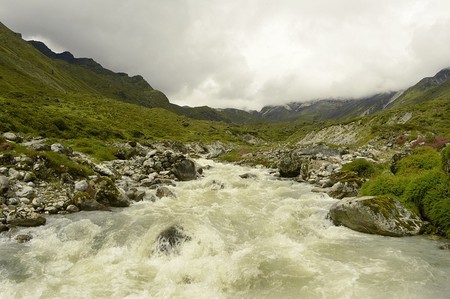 There are a range of activities in Sikkim to get your adrenaline fix. You can go paragliding and discover the incredible beauty of the state from high above. This thrilling activity is held in Gangtok and Ani Gompa.

If you’re looking for some heart-pumping rapids, go river rafting on Teesta River. High adrenaline power paddling is needed to navigate through the wild currents of the river. The Teesta River offers rafters grade II to grade IV rapids, where grades II and III can be attempted by beginners. While paddling down the river, you’ll be surrounded by deep forests, paddy fields and tiny hamlets. You can even pitch a tent and camp on the banks of the river. 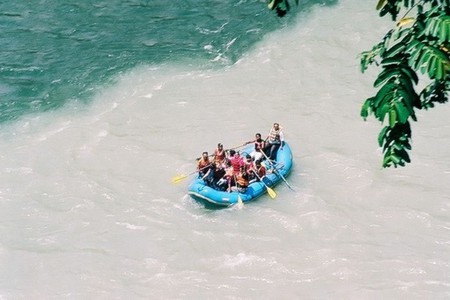 If you’re up for some more adventure after rafting on Teesta, then go for mountain biking from Gangtok to Rangpo, which is perhaps the longest mountain bike route in the state.

While you’re in the area, definitely embark on the Goecha La Trek that starts from Yuksom, passing through beautiful landscapes dotted with lush forests, mountains, charming rivers, flora and fauna. The trek is 56 miles in total and ascends to a height of 4,940 meters. It takes around 10 days to complete and ends at the scenic Rathong Chu River that is rimmed by Kanchenjunga peak and Mount Pandim. This trek is challenging and requires a high level of physical fitness – it must be attempted with a guide. 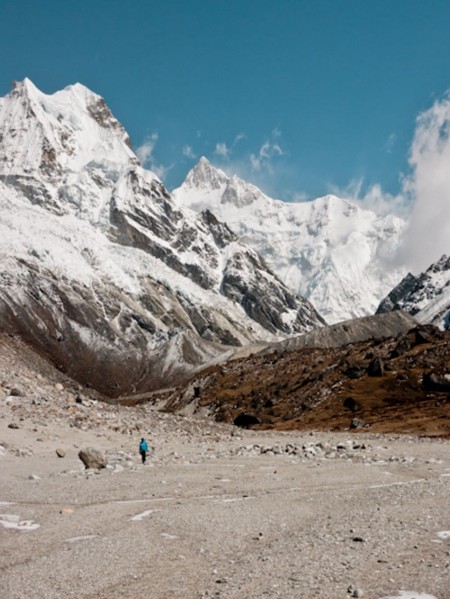 Marvel at the Do Drul Chorten

Do Drul Chorten in Gangtok, Sikkim is one of the most important stupas, and is recognized by its golden-top dome, which can be seen from every corner of the city. Built in 1945, this stupa has about 180 prayer wheels, with mantras on it that can be chanted when rotating them. Its spiritual and serene vibe has attracted travellers from across the world. 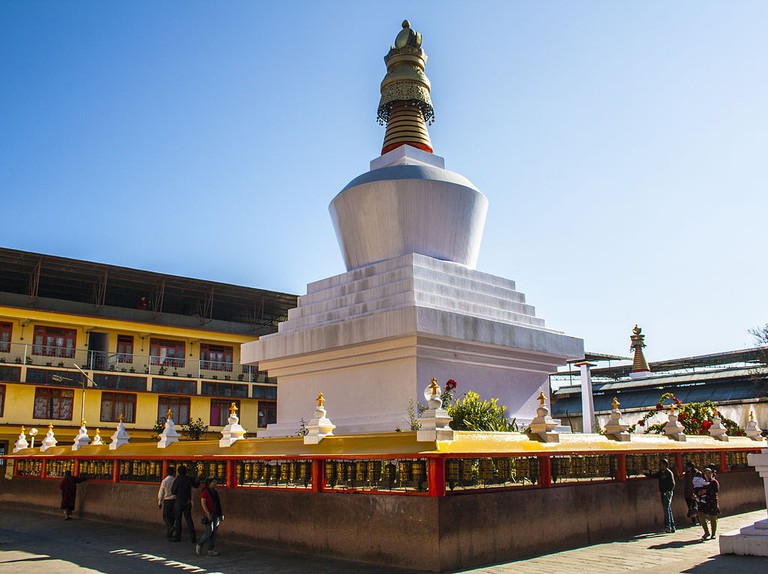 Take a ride in the Ropeway/Cable Car

Another must-have experience in Sikkim is taking a ride in the ropeway/cable car, an ideal activity for families and adventure seekers. Riding in this cable car offers unbeatable views of the city and the surrounding valleys. You can take this ride in Gangtok. The ride goes for almost one-kilometre, and has three terminal stations – Deorali, Tashiling and Nam Nang. You can choose to begin your ride from any of these stations. The cable car ride is available from 8 am until 4:30 pm, everyday. Best of all, at only INR 50 ($0.77) for adults and INR 30 ($0.46) for children (below six-years-old) per ride, it really is the best value thing to do in Sikkim. Up to 24 people are allowed to ride in the ropeway at once. 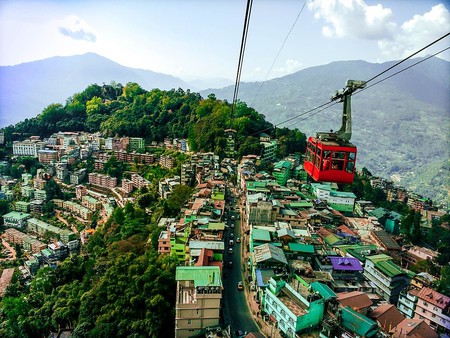 Relax by one of the many lakes

Sikkim boasts some of the most scenic lakes in the country that are surrounded by snow-covered mountains and alpine pastures, which makes them perfect for nature lovers and photographers. The must-visit is the Gurudongmar Lake, which is one of the world’s highest lakes, nestled at an elevation of 5,430 meters near Indo-Tibet border in Lachen. This lake boasts clear, deep blue waters, and the reflection of the mountainous surroundings makes it look spectacular. Also, this lake is considered to be holy for both Buddhists and Hindus. 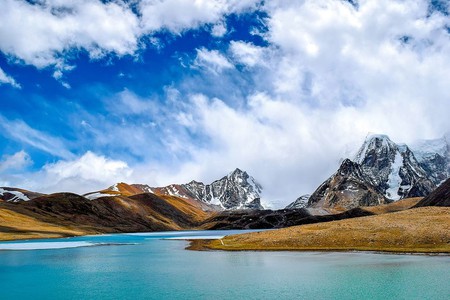 Another beautiful lake worth a trip is Tsomgo Lake in East Sikkim district. Set at an elevation of 3,753 meters, this lake changes colour with the change of season. It is covered in snow and freezes in winter, while during summer, the snow melts and forms a beautiful glacial lake. In spring, the lake is surrounded by flowers, which enhances its beauty. Also, the water is considered to have medicinal properties.

Point to note: As both the lakes are located in the restricted area, both Indian and foreign nationals need a permit from the Tourism and Civil Aviation Department of Sikkim. To find out more about the permit, click here. 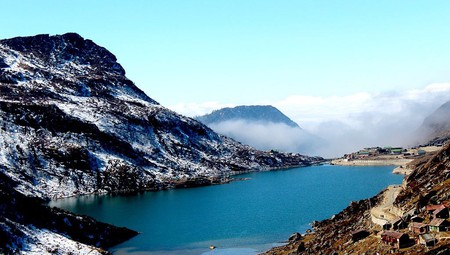 No trip to Sikkim is complete without taking a ride on the colorfully adorned yaks, passing through picturesque valleys and mountain meadows – an unforgettable experience. These woolly animals have been used as a mode of transportation since time immemorial. The popular spots where you can ride the yak are Tsomgo Lake and Dzongri. 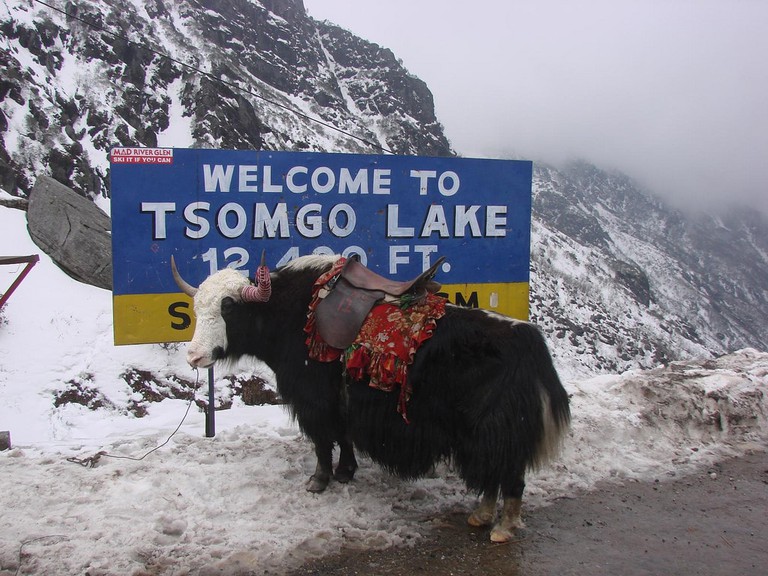 Visit the Yumthang Valley of Flowers

Nestled at 3,596 meters above sea level, the Yumthang Valley in North Sikkim is rife with the smell and sight of multicoloured flowers that bloom from February until mid-June, every year. You’ll find cobra lilies, primulas, poppies and other varied species of flora. The highlight of the valley is the 24 different species of rhododendron, which blossom from April until May. Also, there is a hot spring in the valley that is believed to have healing powers. The valley remains closed from December to March because of snowfall.

A sprawling tea garden perched on a mountain-side valley, Temi Tea Garden is the only tea estate in Sikkim and perhaps the most popular attraction in the area. The road that leads to the garden is breathtakingly beautiful, dotted with lush ferns and cherry blossom trees. Visitors can take a guided tour of the tea factory and learn about the life-cycle of the organic tea production. And of course, no visit to the garden is complete without sampling the fresh organic tea. 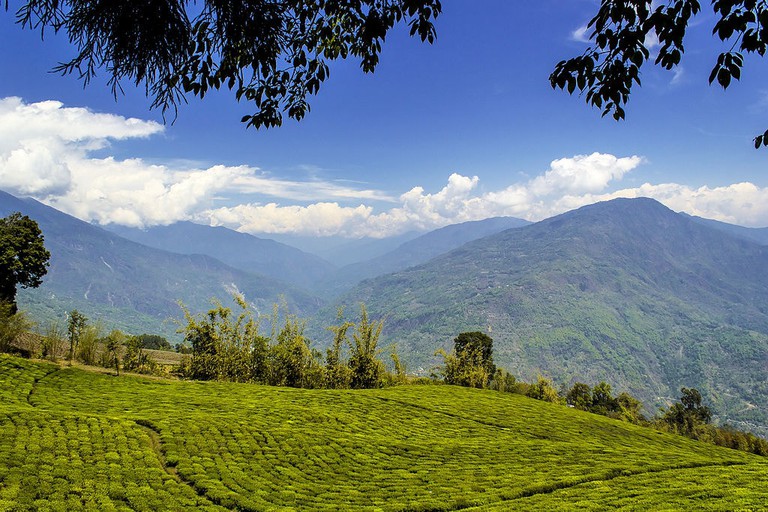 One of the most iconic routes in India is the ancient silk route that leads to Nathu La Pass, set at an altitude of 4,310 meters at the crossroads of the Indo-China border. This pass serves as a major trade link between two countries, and is also one of the world’s highest motorable passes. The drive is one of the most adventurous and scenic, passing through picturesque tiny hamlets, glimmering valleys and lakes, and snow-capped mountains. Keep your eyes peeled for endangered species, like Tibetan wolf, snow leopard, Tibetan gazelle, golden eagle, Tibetan snowcock and raven on the way.

The pass remains open from Wednesday to Sunday, and is accessible only to Indian nationals holding a valid permit. A permit can be obtained from the Sikkim Tourism and Civil Aviation Department.

Sikkim is known for its vibrant cuisine, which is a blend of Tibetan, Nepalese and native Sikkimese food. Some of the must-try dishes include momo (dumplings), thukpa (Tibetan noodle soup), gundruk (leafy dish), sha phaley and pork curry, to name a few. The state is home to a myriad of cafes and restaurants where you can treat your tastebuds to delicious authentic Sikkimese cuisine. 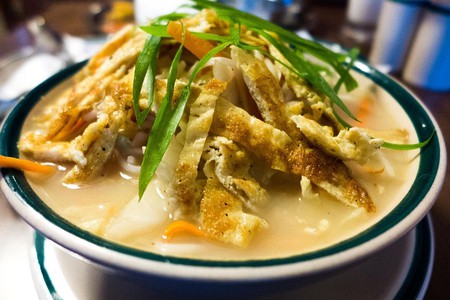