The Best Romantic Bollywood Movies To Watch on Netflix 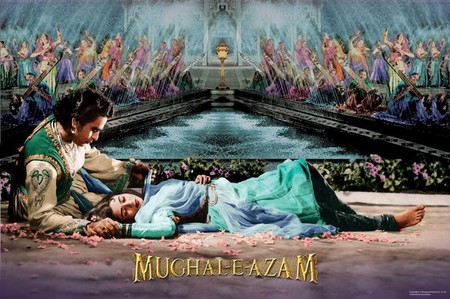 If you are in the mood for a romantic film, there are few better film industries to turn to than Bollywood. From unrequited love to messy modern relations, there’s no territory within love that Bollywood films leave untouched. We’ve compiled this list of the best romantic movies you can stream right away on Netflix!

A fictional retelling of one of India’s most famous love stories – that of Mughal Prince Salim and Anarkali, a courtroom dancer – Mughal-E-Azam is one of Bollywood’s most celebrated films ever. Besides being the highest grossing Bollywood film for over 15 years since its release, Mughal-e-Azam also managed to please critics for its grand aesthetics and cinematography. This heartwrenching romantic tragedy is one everyone ought to watch.

Directed by Imtiaz Ali, this new age Bollywood classic follows the story of Aditya, a depressed business tycoon who bumps into Geet, a spunky woman in a train ride – a chance encounter that alters both their lives forever. Blending quintessential Bollywood melodrama with great acting and a still cherished soundtrack, this is a Bollywood romantic comedy every bit worth watching.

Director Sanjay Leela Bhansali’s Bollywood adaption of a novel by Sarat Chandra Chattopadhyay, Devdas tells the tragic love story of childhood friends turned lovers, Devdas and Paro. With striking cinematography, extravagant aesthetics and heartwrenching performances by Shah Rukh Khan and Aishwarya Rai, the film tells the story of how Paro and Devdas attempt to cope when their families refuse to permit their marriage.

Karan Johar’s directorial debut and arguably the most popular tearjearker produced by Bollywood in recent times, Kuch Kuch Hota Hai is one film you cannot get away without watching in India. This heartwrenching romantic drama follows the love triangle of three college students over time, touching upon almost all of Bollywood’s favorite themes – unrequited love, untimely death, family drama and more.

This coming of age romantic drama follows the story of two best friends who are unconvinced of their romantic compatibility – even as everyone around them is. They embark on their individual quests for love only to make matters more complicated. Perhaps among the most influential mainstream Bollywood films for Indian millennials, this is a must-watch.

The most successful film of year 2000, Kaho Naa Pyaar Hai follows the story of Sonia and Rohit, who are in love against her family’s wishes. When Rohit is mysteriously killed, Sonia finds herself in deep depression until she bumps into Raj, his lookalike, who helps her investigate Rohit’s death. Featuring debut performances by Hrithik Roshan and Ameesha Patel, this is an entertaining Bollywood ride worth undertaking.