The Best Places to Visit in Alwar, Rajasthan 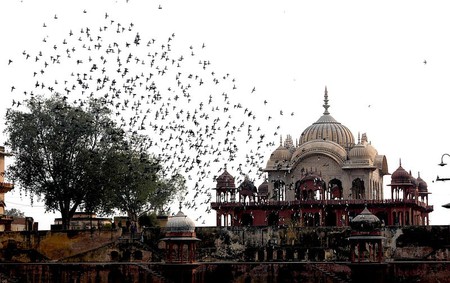 The Cenotaph of Musi Maharani in Alwar, Rajasthan | © Tapish2409 / WikiCommons

One of the oldest cities in Rajasthan, Alwar is home to exquisite royal palaces and forts that are true remnants of its rich past. Coupled with a stunning lake in its midst, here are some of the best places to visit in Alwar. 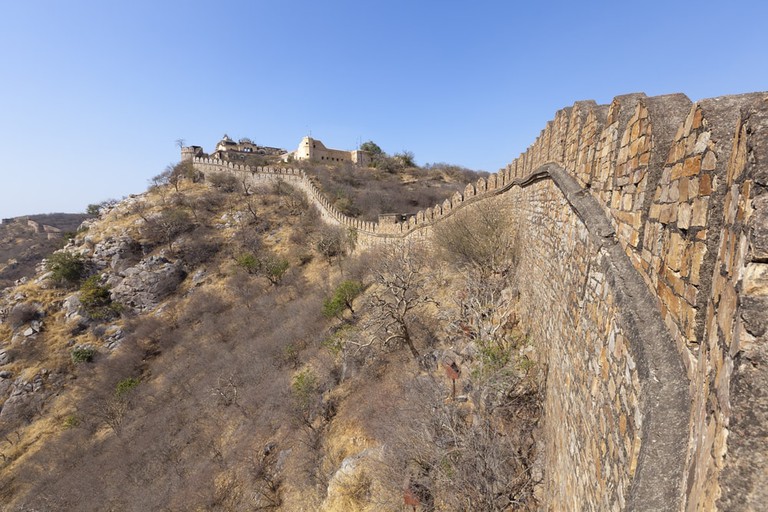 The Alwar Fort, which is popularly known as Bala Quila, is one of the city’s most beloved structures. Located at 340 metres above the city, the fort was built in the 15th century by the Khanzada Rajput ruler, Hasan Khan Mewati. Over the years, several dynasties have reigned over it – including the Mughals, Marathas and Kachwaha Rajputs – giving the building its unique blend of architectural styles. It is comprised of 51 small and 15 large towers, six intricately carved gates each named after a ruler, 446 musketry openings, 15 temples, reservoirs and several palaces (mahals). The most noteworthy structures include the Salim Sagar Pond, Jai Mahal, Suraj Kund, Nikumbh Mahal and the Chakradhari Hanuman and Sita Ram temples. 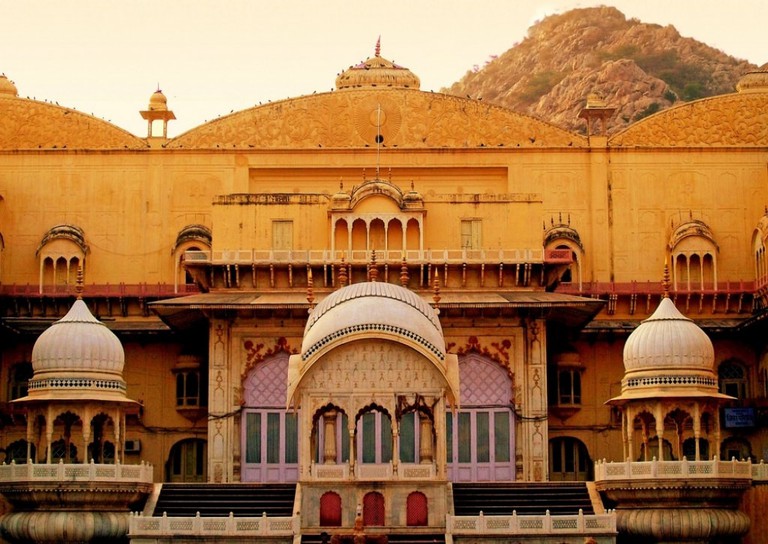 Impressively grand gates, elaborate towers and meticulously done murals and mirror work on the ceilings and walls make this 18th century City Palace a stunning sight. Also known as Vinay Vilas Mahal, the palace is a true archetype of Mughal and Rajput styles of architecture. The ground floor of the palace houses government offices, making it inaccessible to the public. However, tourists can visit the first floor, which has been transformed into a museum and is filled with ancient artefacts owned by the royals, including musical instruments, coins, inscriptions, arms and weapons, paintings, local arts and crafts, sculptures and metal objects. 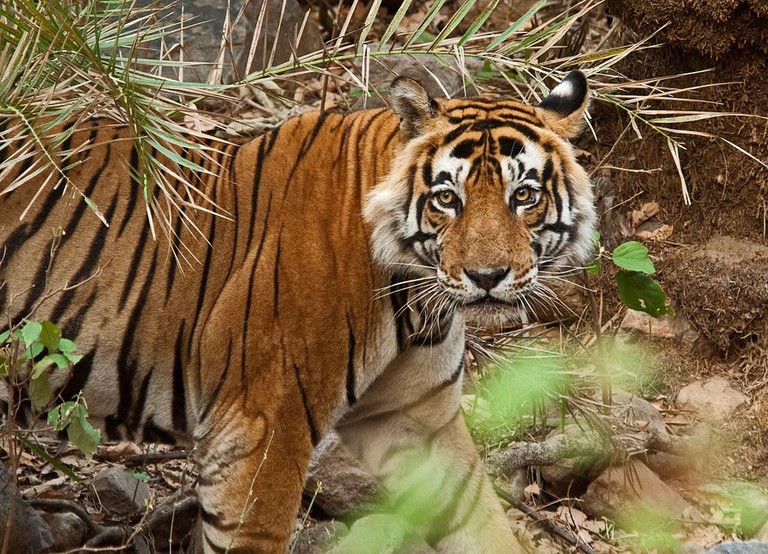 Sprawling over an area of 866 square kilometres, the Sariska National Park and Tiger Reserve offers a diversity of terrains to admire including grasslands, deciduous forests and rocky and hilly cliffs. Due to this, there’s a wide variety of flora and fauna on offer and some incredible wildlife sights, including the Royal Bengal tiger, Indian leopard, four-horned antelope and rare Indian Eagle Owl. The reserve can be explored in a jeep safari or via trekking. Round off your trip with a visit to some noteworthy temples, including the Neelkanth and Pandupol Hanuman Ji Temples. If you’re planning to stay overnight, head to the Astroport Sariska, located about 2.8 miles away from the reserve. It is India’s first Astro resort, where you can camp for the night while catching a glimpse of the faraway galaxies and stars adorning the night sky without the nuisance of noise and air pollution. 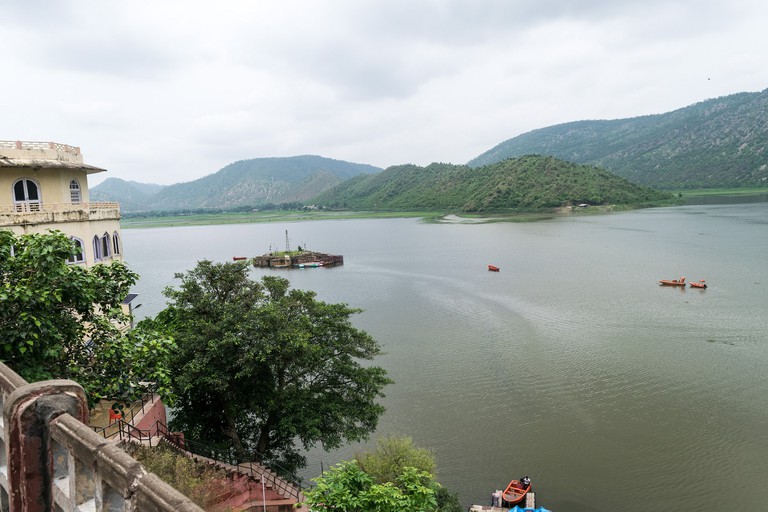 One of the most beautiful artificial lakes in the area, Siliserh Lake’s beauty is further exaggerated by the mountains of the Aravalli Range in the backdrop. The lake was built in the 19th century by Maharaja Vinay Singh in order to supply water to Alwar. Today, it is one of the famous picnic and leisure spots where visitors can go boating, fishing or sailing. The most striking feature of the lake is the Siliserh Palace, situated right in its centre. An erstwhile hunting lodge for the royals back in the day, the palace now operates as a heritage hotel. Book a stay here should you wish to experience a day in the life of a royal. 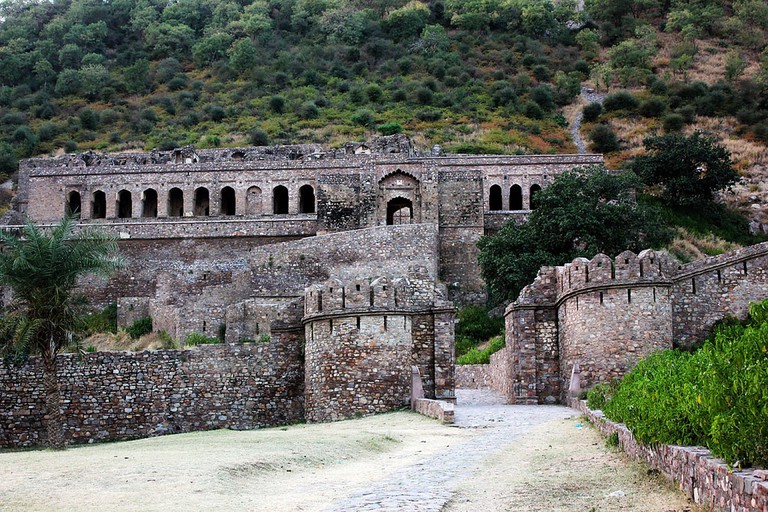 If exploring haunted sites gives you an adrenaline rush, then this 17th-century fortress is a must-visit. The Bhangarh Fort has gained widespread notoriety as the most haunted place in India, leading the Archaeological Survey of India to put up a sign prohibiting visitors in the area post-sunset. Besides its frightening history, the fort also happens to be an architectural masterpiece, filled with ruins of royal palaces, fascinating carvings and sculptures as well as several temples. 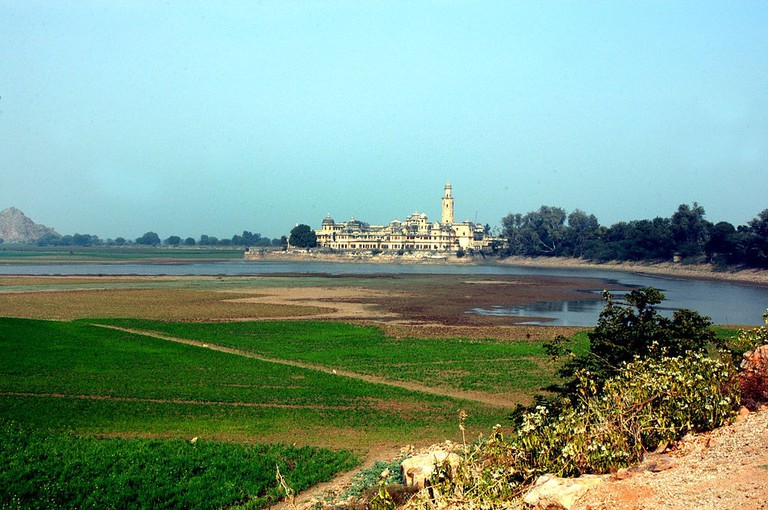 Unmissable thanks to its anchored-ship like facade, the Vijay Mandir Palace was commissioned in the early 1900s by Maharaja Jai Singh. The ancient royal family lineage of Alwar still lives here, meaning parts of the sprawling palace grounds are not accessible to the public. However, the Sita Ram Temple, within the complex and surrounded by luxurious gardens, is open to visitors.

Built as a memorial to Fateh Jang, a member in the court of the Mughal emperor Shah Jahan, this 18th-century fort was influenced by Rajput and Mughal styles of architecture and boasts an impressive exterior featuring round domes, high minarets and sandstones. Its beautiful interior is dotted with miniature designs and intricate carvings on the walls. Surrounded by verdant gardens, the fort’s beautiful setting adds to its charm. 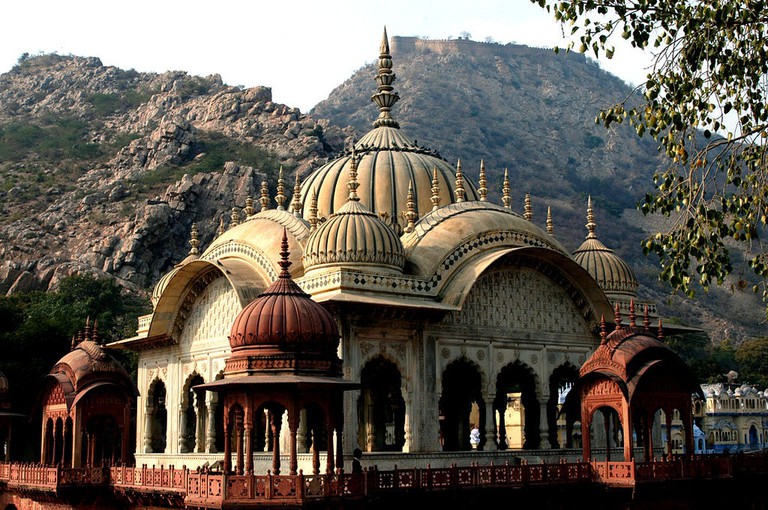 One of the best examples of royal Rajasthani architecture is the Moosi Maharani Ki Chattri (cenotaphs of Queen Moosi). A double-storey structure with red sandstone pillars and white-marble flooring, the building’s most striking feature is the frescoes on the ceilings and mythological carvings on the walls. Historically significant, it was built in 1815 AD by Vinay Singh in memory of Queen Rani Moosi, who committed self-immolation on her husband Maharaja Bakhtawar Singh’s funeral pyre. 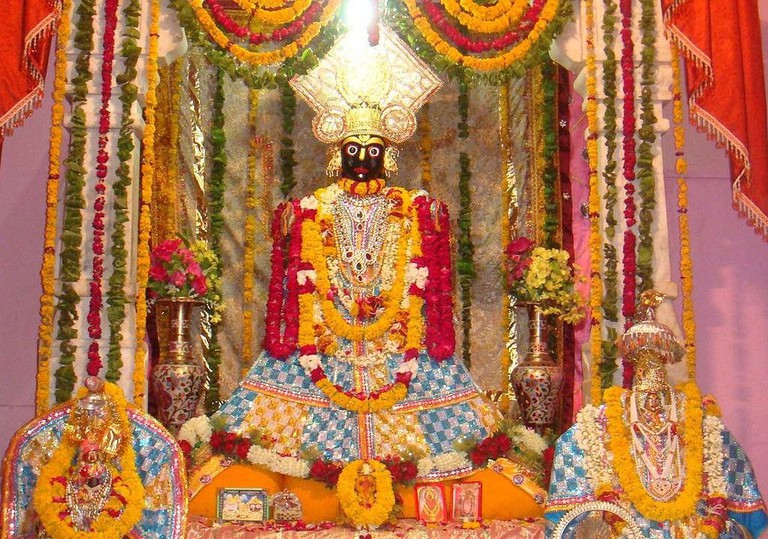 Dedicated to Lord Vishnu, the Jagannath Temple plays an important role in the Hindu religion and attracts visitors and devotees from all over the country. In this temple, Lord Vishnu is accompanied by idols of other deities, including Sita Ram Ji, Janki Ji and Lord Jagannath of Puri. The interior of the temple is huge and highly ornate, complete with rare floral motifs on the pillars and walls.