The Best Places for Street Food in Old Delhi 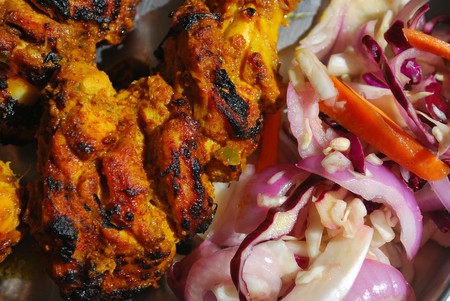 The street food joints in Old Delhi are often small and hard to locate. However, cheap prices and great flavours make them worth the hunt. 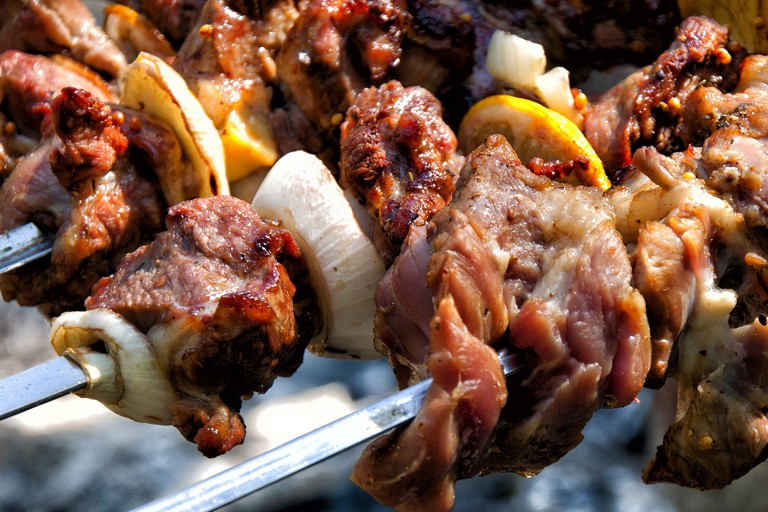 Wander through the chaotic bylanes of Old Delhi and visit Qureshi Kabab Corner for their tender and flavourful grilled kebabs. The founder of the shop is the octogenarian Haji Abdul Ghani Qureshi, whose grandfather sold kebabs near Jama Masjid. The place is now run by five of his sons who have continued using the Qureshi family recipe, which has been passed down for generations.

There’s no restaurant in Old Delhi as famous as Karim’s. During the twilight years of the Mughal reign, Mohammed Aziz used to cook in the royal kitchen. But after the British forced Emperor Bahadur Shah Zafar into exile, Aziz and most of his colleagues fled the city too. It was only in 1911 when the coronation of King George V was held in Delhi that Aziz’s son Haji Karimuddin returned, hoping to make quick money catering to people flocking to the capital for celebrations. He opened a small stall that served two dishes, mutton with potatoes and lentil curry. Today, Karim’s has almost 30 outlets in the city, but the original one near Jama Masjid remains unparalleled.

No other place does butter chicken like Aslam Chicken and that has been this shop’s sweet spot for the last 20 years. The meat is first marinated in a blend of spices (part of a secret recipe), then grilled to perfection and drowned in a rich gravy of butter and yogurt. Due to its unique taste, customers find themselves visiting again and again. 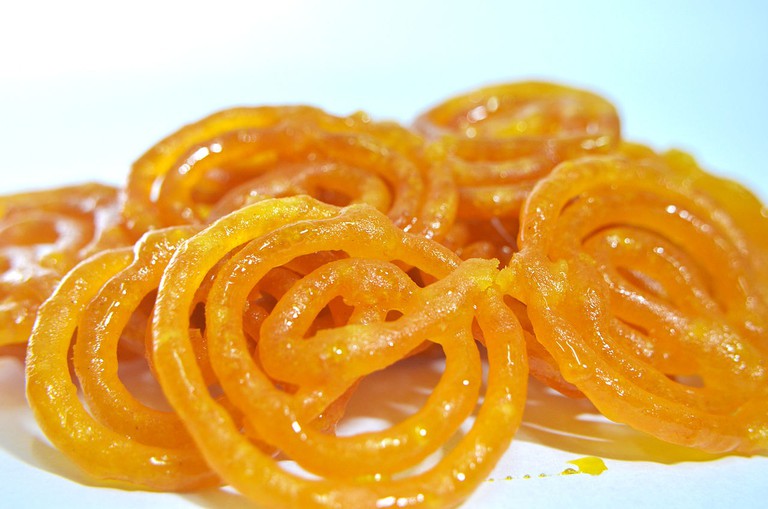 Old Famous Jalebi Wala has been in business since 1884 | © Lion.harvinder / WikiCommons

As the name suggests, Old Famous Jalebi Wala is the oldest and the most famous jalebi shop in all of Old Delhi. Jalebi is a beloved Indian sweet made of deep-fried batter soaked in a sugary syrup. It is orange coloured, coiled and lightly crispy and was first introduced in India during the medieval era by Persian traders. The shop opened back in 1884 and hasn’t lost its sheen once since then. Owners ensure the use of pure homemade ingredients, such as homemade desi ghee (indigenous clarified butter) and khandsari sugar, unrefined and free of any harmful chemicals and additives. 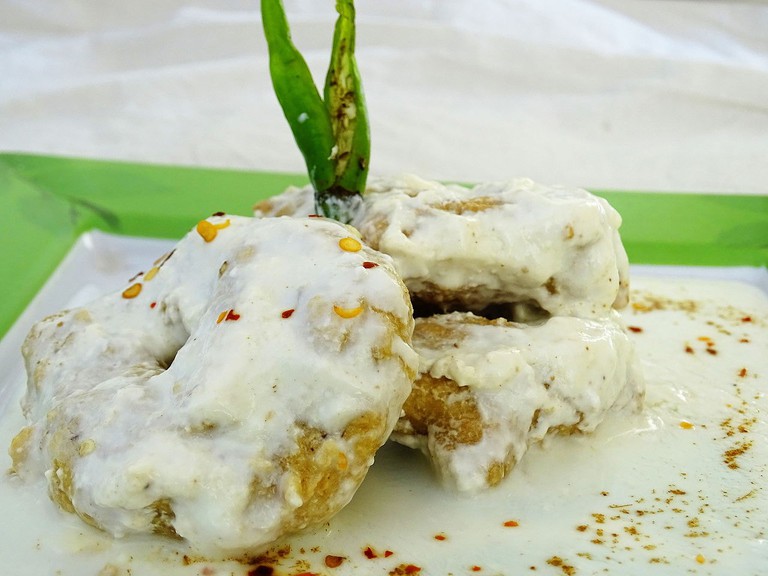 Discover the best dahi bhallas – deep-friend lentil balls served with thick yogurt and chutney – at Natraj, which was established back in 1940. This popular eating joint is mostly known for two items on their menu: dahi bhalla and aloo tikki (spicy potato cutlet), both priced at Rs 50 ($0.73). For decades, Natraj has maintained its reputation simply by perfecting these two humble dishes. 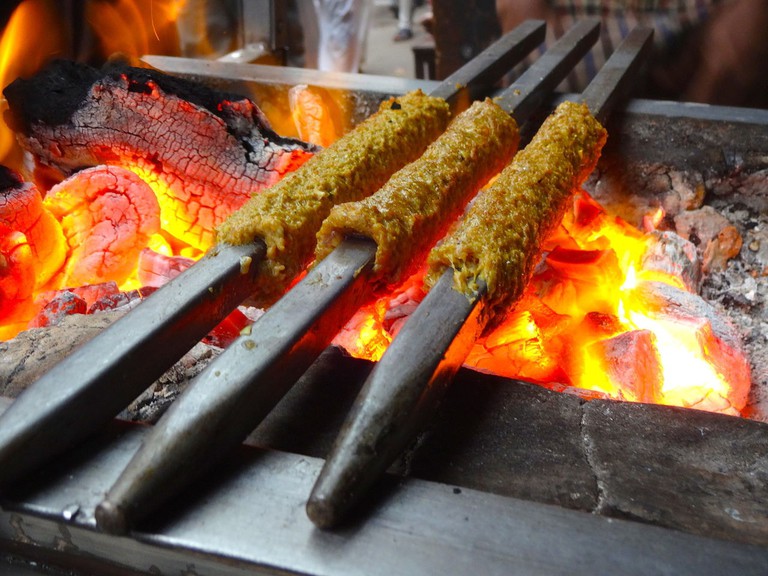 Walk around Old Delhi to work up an appetite and then make a pit stop at Al Jawahar. The menu lists some unmissable dishes such as butter chicken, mutton korma, chicken changezi, seekh kebabs, kaleji gurda and biryani. It’s believed that the restaurant was named after Prime Minister Jawaharlal Nehru who inaugurated the place when it first opened. 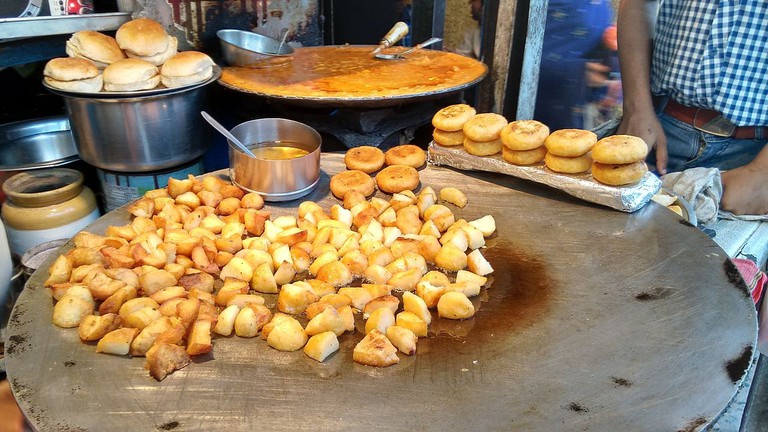 Located close to Natraj Dahi Bhalla is another gem called Bishan Swaroop Chaat Bhandar. The place does delicious signature versions of chaat, consisting of mixed fruits such as kiwi and pomegranate, boiled chickpeas, tangy masala and lemon juice. They also serve aloo chaat, in which the fruits are simply replaced with fried potato cutlets.

Indians love their tea-time snacks and kachori is a favourite. These are round, deep-fried and flattened flour balls stuffed with crushed lentils and spices. The snack is usually served with potato curry and tamarind sauce. There are plenty of shops selling it in Old Delhi, but the best kachoris are found here. The menu is as simple and straightforward as it can get. It only mentions ‘full plate’ and ‘half plate’, which means you can either choose two pieces of kachori or one. 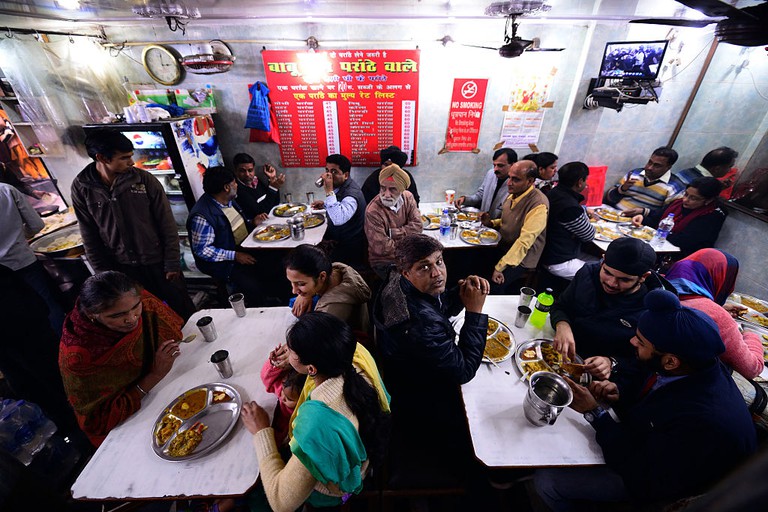 Paranthe Wali Gali, which literally translates to ‘parantha street’, is a tapering lane in Chandni Chowk, the world’s busiest market. Parantha is a type of Indian flatbread which is either served plain or stuffed with various fillings, from vegetables to meat. This legendary street was established in 1650 during the reign of Mughal Emperor Shah Jahan, but the first parantha shop opened here only around 1870. Originally, there were about 10 shops, but only a handful remain now. Pandit Gaya Prasad Paranthe Wala, established in 1872, is the oldest.