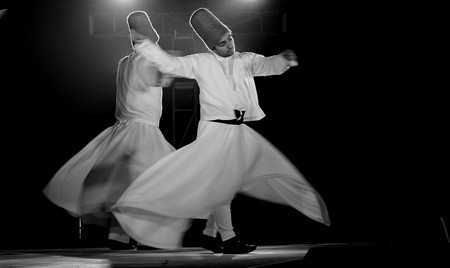 Mumbai, home to Bollywood, has always been a sacred destination for cinephiles the world over. But what about the music scene in Mumbai? The city’s musical offerings are there in abundance but demand some skillful navigation. This summary of the city’s best live-music venues and festivals provides an overview the avid fan. From trap to sufi – whatever your musical cravings – this Mumbai guide has got you covered.

Mumbai’s most famous and happening live-music venue hosts musicians across all genres almost every night – a programming feat that wouldn’t have been taken for granted so easily prior to its establishment in 2007. Blue Frog is set to move away from its current location in Lower Parel by late August 2016, but will soon be announcing a new location in the city.

When #ajja took over the deck duty at the FROG! What a hypnotic night… Complete with an insane stage setup + an electrifying crowd! #blueFROG #Mumbai #fromthestage #ajjalive #psytrance #psychedelic #stage #setup #crowd #decks

Hip, inimitable – Khar Social’s basement space is host to some of the hottest gigs in town. This truly ‘underground’ space frequently hosts some of the city’s hottest upcoming musicians across many different genres.

This rooftop bar in Bandra is where your favorite electronic artist is likely to play when they’re in town. They regularly host the country’s most exciting DJs and producers, as well as several popular themed nights series.

A photo posted by The Indian Music Diaries (@theindianmusicdiaries) on Apr 11, 2016 at 6:57am PDT

This iconic mosque off the coast of Worli , one of Mumbai’s most prized landmarks, hosts qawwalis (sufi devotional music), mostly on Friday evenings. Qawwals (singers) – renowned and otherwise – lose themselves in strongly worded trance-inducing music at the mosque’s open hall space called the Qawwal Khana.

If classical Hindustani music early in the morning is your jam, then keep an eye on the Pratahswar series launched by Pancham Nishad. This open air 6:30am concert at the Ravindra Natya Mandir in Prabhadevi is one of Mumbai’s most rewarding offerings for the true music fan.

The NCPA , one of the country’s premier classical music venues, has hosted international artists such as Yuri Bashmet and Dimitry Sitkovetsky, as well as Indian legends such as Pandit Ravishankar and Zakir Hussain. From opera to jazz to Hindustani classical music – this is an important landmark in the city’s musical history.

Both the Worli and Andheri venues of this rock and roll-themed international chain frequently host local and international artists – both established and upcoming. Sing along, unwind – there’s something for everyone.

The Shanmukhananda Chandrasekarendra Saraswathi Auditorium or the Shanmukhananda Hall, is one of Asia’s biggest auditoriums and is over 50 years old. Bollywood music legends Mohammed Rafi, Kishore Kumar, Lata Mangeshkar and international heavyweights such as Zubin Mehta are among the artists who have performed at this landmark venue in the city.

Mumbai plays host to a variety of music festivals. The Mahindra Blues festival, Asia’s largest blues festival takes place around February every year, while Ruhaniyat, an annual sufi music festival held across India usually arrives in Mumbai towards the end of the year. Crosswind, an upcoming EDM festival, of which the proceeds go entirely to charity, kicks off in Mumbai and then is held in cities across the country. The Budweiser Bass Camp Festival, dedicated exclusively to heavy bass sounds hosts gigs in cities across the country including Mumbai. Rock lovers will find solace in the Independence Rock Festival, India’s oldest rock festival which returns this year after a 3-year hiatus. Cultural festivals in the city such as the Kala Ghoda Arts Festival, Mood Indigo and the Ballard Estate Festival also boast exciting music line-ups.