The 8 Coldest Places in India 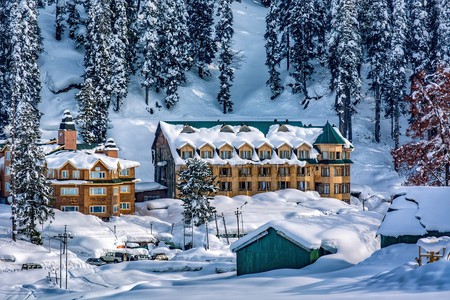 India is hardly the first place to come to mind when one thinks about cold countries with snowfall or frostbite inducing temperatures. However, what many forget is that the Indian subcontinent is home to the largest percentage of the Himalayas, the tallest mountain range in the world. And when it comes to icy cold destinations, what India lacks in terms of proximity to the poles, it easily makes up for through its peaks and high altitude hill stations. Here are some of the coldest places in the country.

The Siachen Glacier in the northern Karakoram range is one of the coldest places in not just India, but in the entire non-polar world. Located at an altitude of 5,753 m (summit), the Siachen Glacier sees some of the heaviest snowfall in the world, with the winter average standing at more than 1,000 cm. Temperatures here can dip to an extreme of -50 ºC and even summer temperatures measure around-10 ºC. While originally an uninhabited region, the glacier has been the subject of a heated territorial dispute between India and Pakistan for decades. Therefore, the glacier is a heavily militarised region and more than a thousand soldiers from both India and Pakistan have lost their lives to the climatic conditions, making it one of the most inhospitable regions in the world. Parts of the region were opened to civilians in 2008. However, it is heavily restricted and even Indian nationals need an Inner Line Permit, along with with a special permit, to visit Siachen. 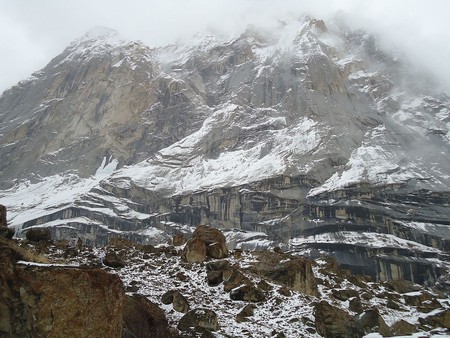 Yet another hotly contested conflict zone, the sleepy town of Dras in India’s Kargil region is one of the coldest places in the country with the average temperature here dip down to -23 ºC during the winter. The village is located right on the crucial Srinagar-Leh Highway and is in close proximity to the Line of Control between India and Pakistan, which denotes the actual militaristic border between the countries. Located at an elevation of 3,350 m, the Dras Valley starts at the beginning of the Zojila Pass leading to Leh-Ladakh and is often called the ‘Gateway to Ladakh’. 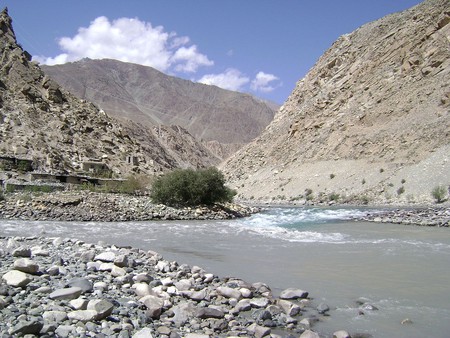 One of the most popular tourist destinations in the Indian Himalayas, Ladakh is located in the Indian state of Jammu and Kashmir and is an important centre of Tibetan culture. The area has become heavily commercialised in recent years thanks to a renewed interest in the region for road trips. The region is home to the Khardung La Pass, which has the unique distinction of being the highest motorable road in the world. The region sees heavy snowfall in the winter and temperatures can fall down to -35 ºC. Apart from its extreme temperature, Ladakh is located at an average altitude of 6,000 m, making it extremely inhospitable. 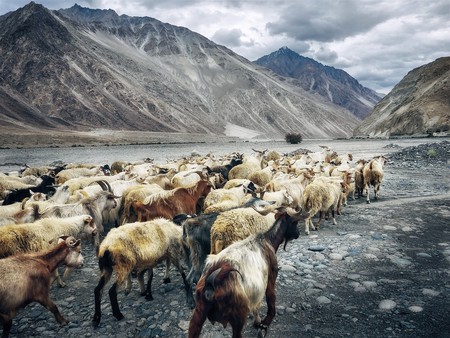 Originally a remote village, Ladakh has seen an upswing in tourism in recent years | © 8Moments / Pixabay

While Srinagar doesn’t come close to being the coldest place in India, it is, by most counts, the coldest state capital in the country. And unlike many other places on this list, Srinagar has a thriving population of more than a million people, making it the most populated city in the country’s Himalayan region. Srinagar is located at an elevation of 1,585 m and winter temperatures here can dip to a -2.5 ºC. The city is known for its culture and scenic beauty and is home to the famous Dal Lake. It acts as the summer capital of India’s northern-most state Jammu and Kashmir, and although years of conflict and heavy militarisation hit the tourism industry in the city, it has slowly picked up again in recent years. 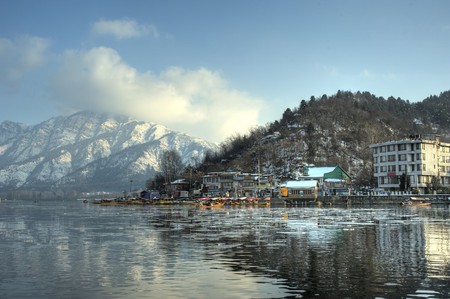 Another Indian state capital located in the Himalayan region is the city of Gangtok in Sikkim. The state is sandwiched between India’s three northern neighbours – Nepal, China and Bhutan – and is home to a significant portion of the Himalayan mountains. Gangtok is best known for its proximity to several tall mountain peaks and is also a popular tourist destination in the country. Gangtok is located at an elevation of more than 1,600 m and temperatures during the winter season average around 4 ºC, making it one of the more pleasant destinations in the Himalayas. 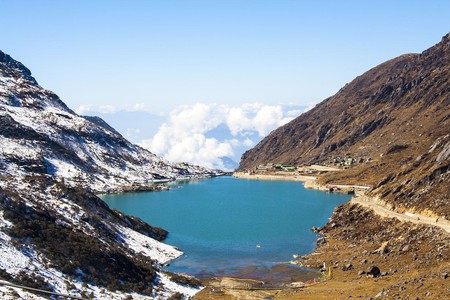 Arunachal Pradesh’s quiet and sleepy town of Tawang has become an important tourist destination in recent years. Known for its winding streams, natural beauty and local Tibetan culture, Tawang is often counted among some of the best offbeat travel destinations to visit. While climatic conditions are pleasant during the summers, with the average temperature hovering around 10 ºC, the winters here can get extremely cold, with temperatures dipping to -15 ºC. The town and its surrounding regions also experience snowfall during the winter. 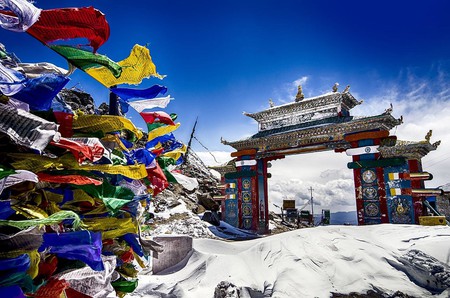 Known for its Buddhist culture and architecture, Tawang is one of the most important tourist centres in Northeast India | © DhrubazaanPhotography / WikiCommons

Northern Sikkim is home to some of the most beautiful snow-capped mountain peaks in India. However, its rugged terrain and inhospitable climate make it an extremely difficult region to visit. Two of the coldest habitable places in Northern Sikkim that one can visit are the towns of Lachen and Thangu Valley. Located at an elevation of more than 2,500 m, these two towns face sub-zero level temperatures almost throughout the year. And in the winter, temperatures can fall to extremes along with heavy snowfall. Thangu Valley, in particular, sees winter temperatures close to -15 ºC, while the temperature in Lachen hovers around -10 ºC at this time. 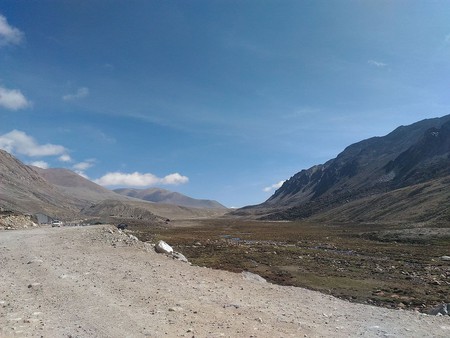 Sonamarg is one of Kashmir’s most popular tourist destinations. Although it draws the most number of tourists in the summer, it can be very inhospitable in the winter. Known for its proximity to the famous temple of Amarnath, Sonamarg is surrounded by the mountain peaks of northern Himalayas and is located at an elevation of more than 2,800 m. The town sees an above average amount of snowfall and temperatures in the winter months of December and January can fall to -6 ºC. 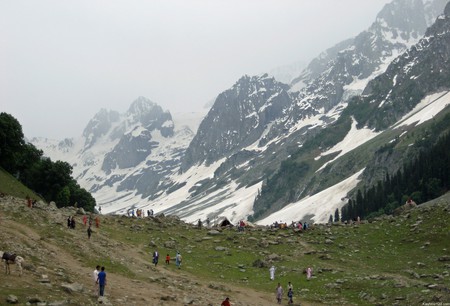