The 10 Best Churches In Mumbai 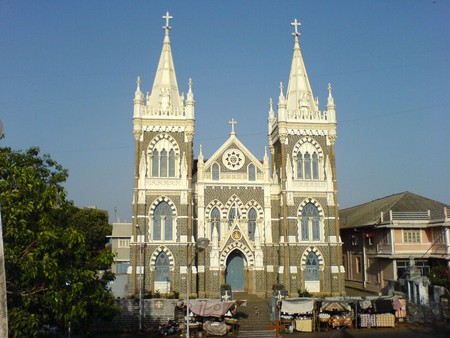 Mumbai is a melting pot of cultures, boasting of many monuments of historical, architectural and religious importance. In a city that wrongly falls behind on the Indian tourist trail (Agra, Varanasi, Goa, and the like), here is a list of 10 beautiful Churches in Mumbai that definitely deserve a visit to marvel at the architecture (and to listen to the stories they tell). This list obviously involves some personal biases, and the churches are presented in no particular order of preference. 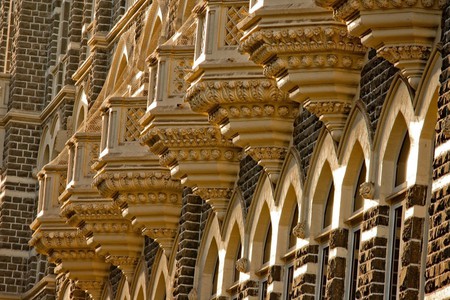 The Basilica of Our Lady of the Mount is a 100-year-old Roman Catholic Basilica that stands tall on a hill in Bandra (then known as Bandora). The statue inside it was brought by Jesuits from Portugal in the 16th century and was placed in the main altar of a small oratory on top of this hill. Over the years, this Basilica has attracted people from all faiths, particularly during the Bandra Fair. It is believed that any pleas for help, be it sickness, improvement in business or buying a house, are fulfilled at this Basilica. Such is the popularity of this church that the hill on which it is located is now commonly known as Mount Mary Hill. 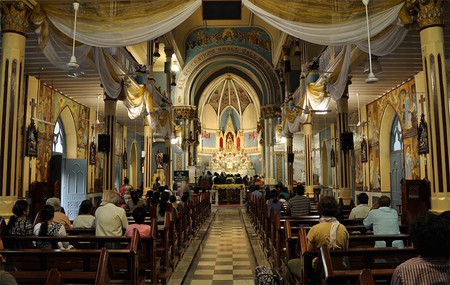 Located between Chimbai village and Bandstand, this church was recently in the news for turning 400 years old. It was built as one of the biggest churches on the Island of Salsette, then under Portuguese control. As mentioned earlier, most of these churches in Mumbai have very interesting stories to tell; this one withstood a cyclone in 1618 and the Maratha invasion around 1740. This is a great place to attend Midnight Mass on Christmas Eve, but make sure you come early enough since the mass is over by 11.45 pm. While passing by, do not forget to read the quotes put up by the church. 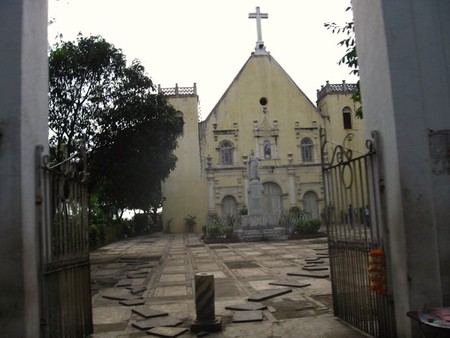 Located in Navy Nagar, the Church of St John the Evangelist is popularly known as the Afghan Church because it was built in the 1850s to commemorate the defeat and the dead of the First Afghan war of 1838. This church is an example of early Victorian revival architecture, and boasts a stained glass window, as well as a spire that is 198 feet tall. The spire seems to have been quite an expensive affair, costing a whopping Rs. 5,65,000 back then! Visit this church to enjoy the serene atmosphere, a rare thing in the crowded city of Mumbai. 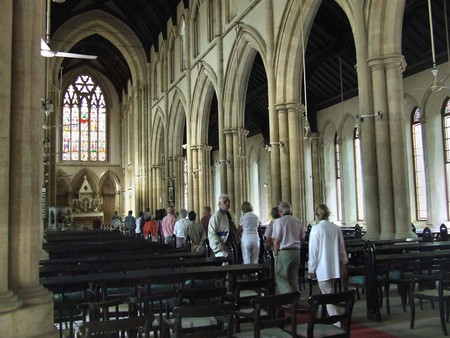 Completed in 1618, this is a colonial monument that once stood at the eastern gateway of the British East India Company’s ‘fort,’ thus lending the name to the neighborhood of Churchgate. The insides of St Thomas Cathedral are filled with beautiful monuments, including some to commemorate the martyrs of the battle of Seringapatam (now known as Srirangapatna, located near Mysore) of 1799. A visit to this Church should be followed by a visit to the garden at Horniman Circle, located right opposite. 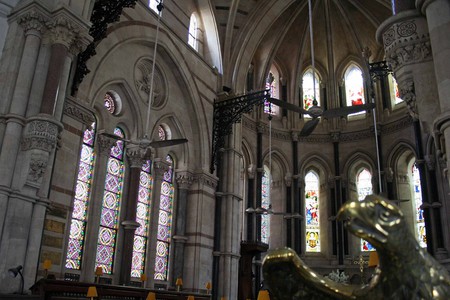 The church as it stands today was built in 1938 on the site of the older structure from 1853, and emulating its Romanesque style. It was constructed in order to provide more space for the poor parishioners and the orphans who lived in the area. Located on the busy shopping street of Hill Road, this is a must-visit especially for Midnight Mass. This church also manages two schools: St Stanislaus for boys and St Joseph’s Convent for girls.

Built in the English Gothic style, the Gloria Church is a Roman Catholic church located in Byculla. It was originally built in 1632 by the Portuguese at the foot of Mazgaon Hill, funded by the then owners of the Mazgaon Island, the De Souza e Lima family. It was demolished in 1911 and rebuilt in 1913 at its present location in Byculla, opposite the Dr. Bhau Daji Lad Museum (and Jija Mata Udyaan). The claim to fame of this church is that it was featured in the Bollywood movies Amar Akbar Anthony and Rockstar. 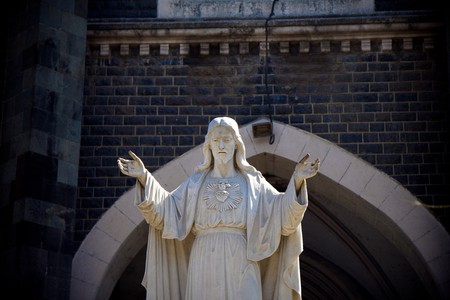 Located on LJ Road, St Michael’s Church is famous for its Wednesday Novena, attended by people from all faiths. This is another church that puts up interesting quotes for passers-by to view and reflect upon. The original church is believed to have been erected in 1534 by the Portuguese, but the present structure was built in 1973 in a minimalist style. In June 2008, this church was flooded with thousands of devotees because it was believed that the picture of Jesus Christ was bleeding, due to the deep red patch that appeared on it. 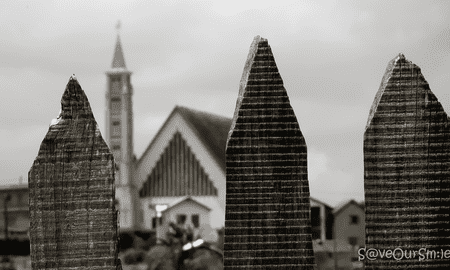 St. Michael's Church is famous for its Wednesday Novena, attended by people from all faiths | © Hery Zo Rakotondramanana / Flickr

Built in 1905, the Cathedral of the Holy Name, or the Wodehouse Church in Colaba is a Neo-Gothic stone monument that is among the most renowned Catholic churches in Mumbai. The frescoes and the geometrical designs on the ceiling and walls are key features of this building.

The present structure of St Anne’s Church in Mazgaon was erected in 1881 on top of the foundation of the small chapel that was originally built in 1787. The original chapel was erected by an Armenian woman called Rose Nesbit. The land on which the chapel (and now St Ann’s Church) was built was her farmland, on the Island of Mazgaon where she lived with her parents. 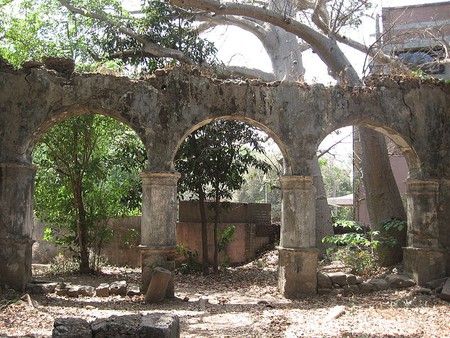 Located in the SEEPZ industrial estate, this is not a place for the faint-hearted. Built in 1579 and abandoned in 1840 after an epidemic, this Church is said to be haunted by the spirit of a young bride who was either murdered or who committed suicide around 300 years ago. In 1977, an exorcism was held here to rid the place of this spirit and one can read about it in the book Ghosts, Occults & Exorcists: True and Real Experiences, written by PS Ganesan based on his own experience.