How to Spend 48 Hours in Indore, India 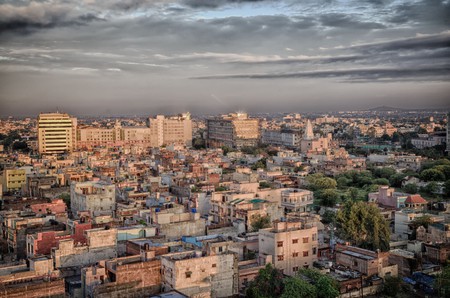 Indore is the largest city of Madhya Pradesh, and best known for giving India its most familiar breakfast, Poha (flattened rice). Also called the commercial capital of the state, Indore is a smart city that has magnificent regal history. If you’re planning to visit Indore over a weekend, then read our guide on how you can best enjoy the city in 48 hours and make the most of your trip.

Start your day by having a delicious tummy-full breakfast of Poha and Jalebis (a popular Indian sweet). Head to Chhappan Dukan, which is the best place to enjoy these delicacies from Central India and also serves mouthwatering specials like idli, dosa and chaat. The reason why the place is called Chhappan Dukan is that when it was established, there were 56 separate shops that started selling food here. Indian Expresso is a must-have too. 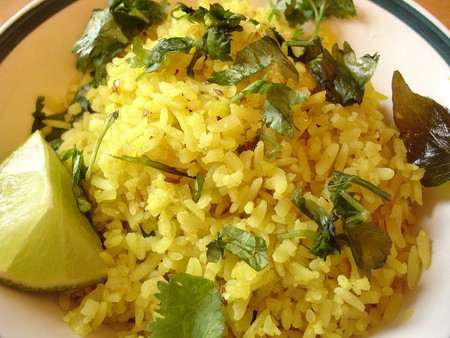 After the scrumptious breakfast, you can go to Rajwada Palace. It was built by Malhar Rao Holkar of the Maratha Empire, and is a spectacular blend of Maratha, French and Mughal architectural styles. The palace has seven storeys, of which the lower three floors are made of stone and the rest of the floors above are built out of wood. There are beautiful gardens around where you can even chill for a while. Very close to the Rajwada Palace is the Kanch Mandir on Jawahar Road. It is a Jain temple built entirely out of glasses and mirrors. Chinese lanterns and cut-glass chandeliers are a great attraction here. 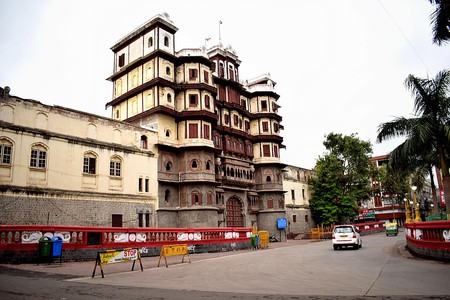 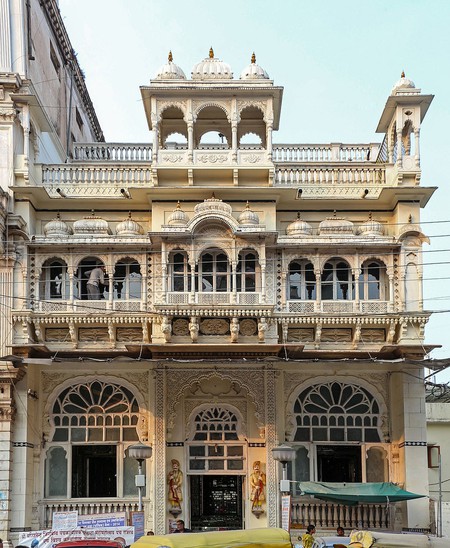 After visiting the Kanch Mandir, you can head back to Rajwada Palace for lunch. The nearby market has decades-old food outlets that serve finger-licking good street food and chaat. Some popular joints are Sri Shiv Chaat, Geleda Chaat and Sundaram.

Once you’re done with the lunch, you should go visit the Lalbagh Palace. It is the most beautiful palace of the city, much influenced by European architecture and certain other styles. Having fashioned in England, the gates of the palace are an exact replica of the gates of Buckingham Palace. It houses some prehistoric paintings, sculptures and artifacts, which serve as one of the main attractions. 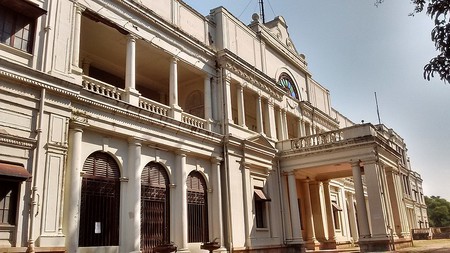 Lalbagh Palace, situated at the heart of Indore | © Uchcharia/Wiki Commons

Up next, you can go to Pilpiyapala Regional Park. The park has French and Mughal style biodiversity gardens around that make it a preferred habitat for many birds. Certain theatrical activities are also conducted regularly in the amphitheater here – you can be a witness to the show. Boating facilities are available too for those who wish to enjoy some watersports.

Once you’re done exploring the Pilpiyapala Regional Park, you should head to the Sarafa Bazaar, which is a popular hangout in Indore. It is basically a gold and silver jewelry market during the day, but as night approaches, it transforms into a foodie’s paradise. With food stalls in every nook and corner, Sarafa Bazaar is a must-visit place if you wish to taste the delectable cuisines of Madhya Pradesh. Bhutte ka kees, khopra pattice, garadu and batla kachori are the specialties. Popular Indian sweets like jalebi, basundi, gulab jamun and rabdi are also available. 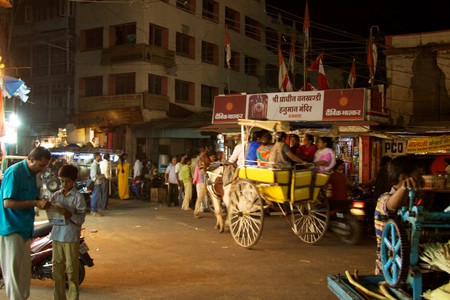 Early morning, on the second day, start by visiting Gomat Giri. It is a small hill that has 24 Jain temples, each dedicated to the 24 Tirthankars (Jain deities). A 21-feet statue of Gomateshwar, which is a replica of Bahubali in Shravanbelagola, is also built there. The place offers a spellbinding view of the entire city which is best experienced during the morning.

If you’re up for a little stroll in the city, then you can consider visiting Nehru Park. Basically, it’s a zoological park on the banks of Khan River, and also has a swimming pool, library, battery-operated cars, a mini train, and a hobby center for children. You can spend some quality time here watching different animals and birds. For brunch, you can go to Prashant’s and savor the delicious pyaaz kachori and sabudana khichdi. 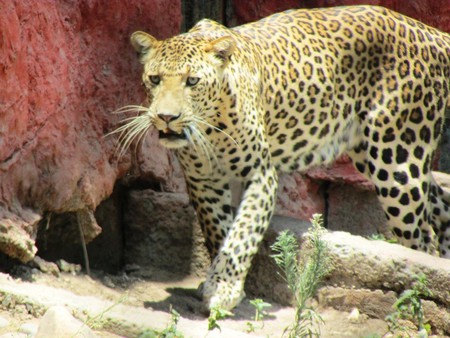 A leopard at the Nehru Zoological Park | © Ajaydikhit/Wiki Commons

Next, you can go to the Central Museum, also known as Indore Museum. It houses an exclusive collection from pre-medieval and medieval Indore, along with various Hindu sculptures, armors and coins. The museum has two main galleries – the first one comprises artifacts from the state’s prehistoric period and some displays from western Malwa, whereas the second gallery consists of Hindu mythological carvings. If you’re a history buff, then you’ll definitely like visiting this museum. It remains open from 10 am to 5 pm on all days except Mondays. The good thing is you can visit the museum free of cost. 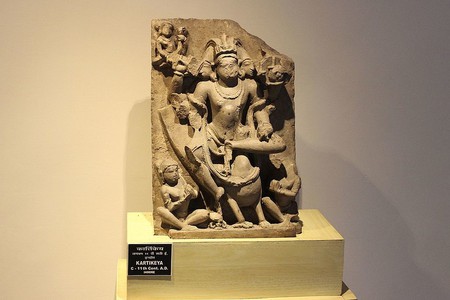 After a walk around the museum, you can visit the Chhatri Bagh, which has cenotaphs built in commemoration to the royals of Holkar dynasty. Much admired for their architectural style, it is the Chhatri of Malhar Rao Holkar that attracts most visitors. From Chhatri Bagh, you can go to Bada Ganapati Temple, which is the most religious place to visit in Indore. It has an eight-meter high idol of Lord Ganesha, the largest in the world. 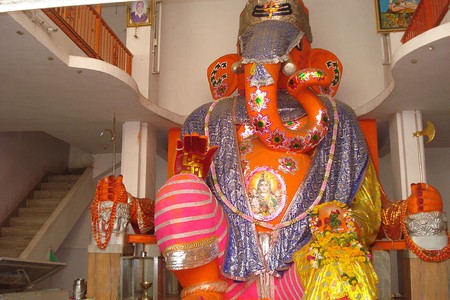 As the evening approaches, you can drive or take a cab to Patal Pani waterfalls, situated 36 kilometers away from the city. Here, water falls from a height of about 200 meters and is believed to go as deep as the patal (‘underworld’ in Hindi), hence the name. The lush greenery of the place and the scenic beauty around are immensely breathtaking. The deep valleys and dense forests make it a go-to destination for nature lovers. 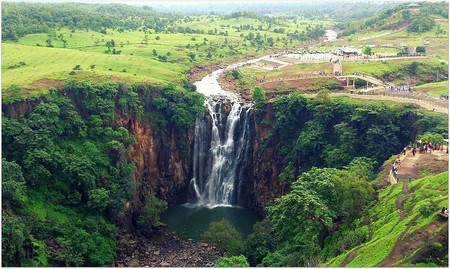