Shaniwar Wada: The Palace Of The Peshwa 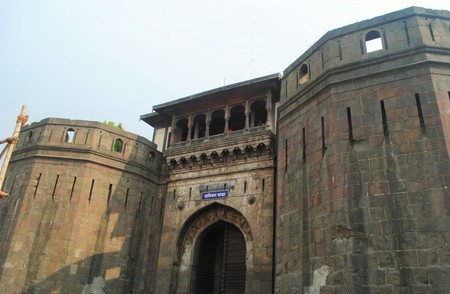 The seat of the Maratha empire from 1730 to 1818, the Shaniwar Wada is a very important place in Indian history. Built by the Peshwas (Prime Ministers) of the Maratha King (Chhatrapati), this palace fort has nearly been destroyed completely by a combination of military attacks and fires through the centuries.

Under the Peshwai (leadership) of Bajirao I, the capital of the Maratha Empire shifted from Satara to Pune. Bajirao chose Pune for his seat because he found the climate and geography of Pune most suitable for the Peshwai. As both ceremonies – laying the foundation stone and a house warming – took place on Saturdays and the Wada was built in Shaniwar Peth, it was named Shaniwar Wada. 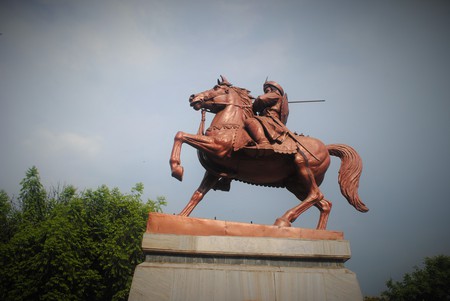 Bajirao I - the Great Cavalry General and Peshwa who build Shaniwar wada as the prime seat of Maratha kingdom. | © Gaurav Lele

The main entrance of the Shaniwar Wada is called the Delhi Darwaza, so called because it faces the north and due to Bajirao’s ambitions of conquering Delhi. The building of Shaniwar Wada is thus a pivotal moment in the history of Pune, which has been the cultural capital of Maharashtra ever since.

Nanasaheb or Balali Bajirao, the son of Bajirao-I, was the longest ruling Peshwa at 41 years and saw the glory of Shaniwar Wada multiplied during his tenure. However, by the end of his rule, the Peshwas had lost the third War of Panipat which resulted in the glory of the Shaniwar Wada being somewhat diminished.

Madhavrao I – Nanasaheb’s second son, his eldest son having been killed in Panipat – who became Peshwa after Nanasaheb, spent considerable time and resources fighting many enemies of the Peshwai, including his uncle Raghobadada), and was thus unable to undertake further constructions in the Wada. 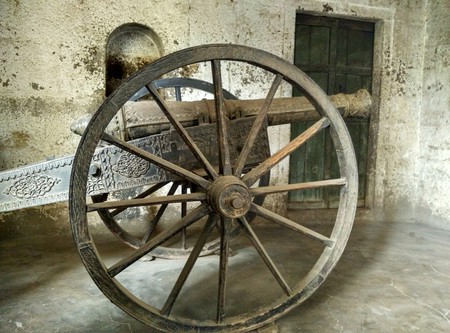 A cannon placed at the entrance of Shaniwar Wada | © Gaurav Lele

Nanasaheb’s third son Narayanrao was appointed Peshwa after the death of Madhavrao. Raghobadada, who was the regent for Narayanrao, soon had major disagreements with his nephew, leading to Raghobadada being placed under house arrest. During the Ganesh Festival of 1773, several armed Gardi soldiers led by Sumer Singh Gardi entered the Shaniwar Wada, either with the intent of freeing Raghobadada and his wife or attacking Narayanrao. During the skirmish in the Wada, the young Peshwa was cut down by the Gardis. The body of Narayanrao is believed to be smuggled out of the Wada through the Jambhul Darwaza (the gate used previously by concubines) and cremated by the river at midnight. 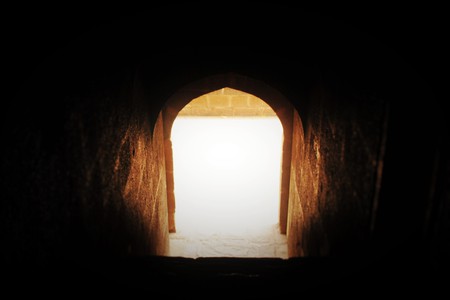 The dark corridors inside the Shaniwar Wada

According to popular legend, Raghobadada had written to the Gardis with the Marathi word ‘धरा’ (to hold Narayanrao) but the letter was intercepted by his wife Anandibai (Raghobadada’s senior wife), who changed a single letter in the word, making it ‘मारा’ (kill). Narayanrao, after being chased by the Gardis, is said to have run inside the Wada crying ‘काका मला वाचावा’ (uncle, save me). This gruesome crime is said to have brought ill fate to the Peshwai, which never rose to its previous heights after Narayanrao’s demise. Rumour has it that Narayanrao’s cries for help are still heard around the Shaniwar Wada making it one of the most famously haunted places in India. 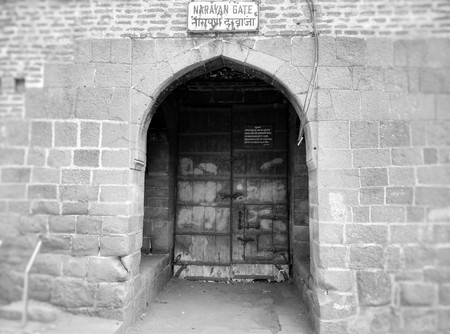 Narayan Darwaza | Renamed after being used to smuggle the corpse of the young Peshwa after his grisly murder. | © Gaurav Lele

Sawai Madhavrao, the next Peshwa and the son of Narayanrao is said to have been both physically and mentally weak. At the age of 21, he is believed to have jumped into the Hazari fountain, which was built for the pleasure of the infant Sawai Madhavrao, and died after sustaining severe injuries. Thus this majestic Wada witnessed not only the gory murder of a Peshwa but also the unfortunate suicide of his son, forever damaging the psyche of the Peshwai. 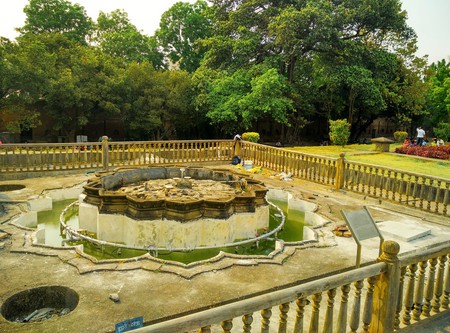 Next to become Peshwa was Bajirao II, son of Raghobadada, who proved to be the antithesis of his namesake – Bajirao I. Bajirao II is said to have been incompetent and cowardly and his tenure saw the Maratha confederacy being surrendered to the British by 1817, making him the last Peshwa. The union jack was hoisted in Shaniwar Wada on the 17th November 1917, marking the consolidation of colonial rule in India.

1808 – Fire that destroyed all the important artifacts and documents in the palace.

1812 – Fire that destroyed two stories, a warehouse and Asmani Mahal.

1828 – The fifth and biggest fire which is said to have lasted a week. 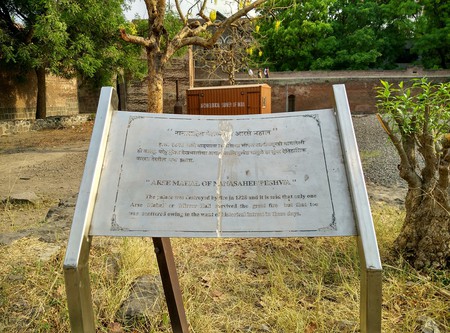 Shaniwar Wada is often not high on the list of must-visit monuments for history enthusiasts in India. This can be blamed on the combination of destruction by fire, the consequent neglect by the British, and the relative apathy of the ASI (Archaelogical Survey of India) and PMC (Pune Municipal Corporation) towards the Shaniwar Wada. A sound and light show, which was popular among visitors, was discontinued after 2009 for reasons best known only to PMC and ASI. 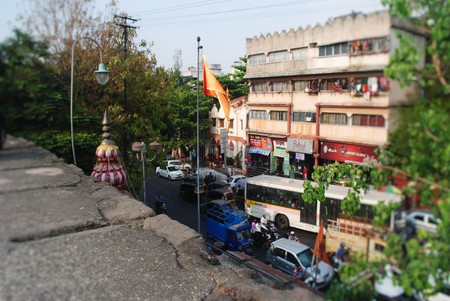 However, there is a positive side to the state of affairs at Shaniwar Wada in 2016. Ever since the release of the Bollywood film Bajirao Mastani, tourists are thronging to the Shaniwar Wada to get in touch with the history of Bajirao. The sound and light show is being revived to entertain the tourists who have began to venture into this Wada. 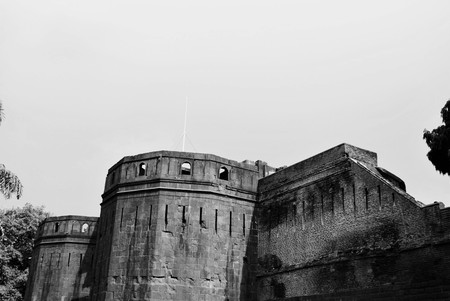 Nowadays, on a lazy weekday evening as the tourists have a mini picnic at the Wada, sound testing for the sound and light show is being undertaken, creating a unique ambiance. Rumors of the screams of Narayanrao (काका मला वाचावा) heard on the full moon are discussed with avid interest on the Wada lawns, while a certain famous song plays on in the background: 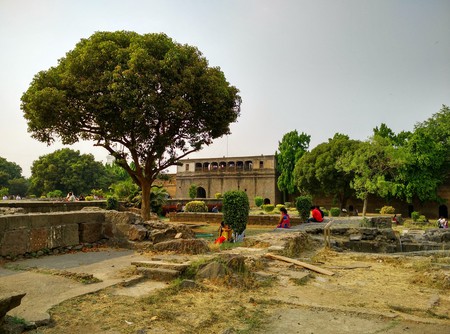