A History Of The Red Fort, Delhi's Most Iconic Monument 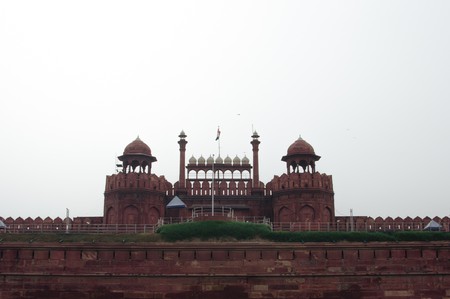 ‘At the stroke of the midnight hour, when the world sleeps, India will awake to life and freedom…’ This historic speech marked India’s independence from British rule and simultaneously made the Red Fort in Delhi a politically significant monument, which now acts as the setting for the independence day celebrations each year. However, the Red Fort has been a strategically important monument through the ages, due to Delhi being the capital city for a good part of the Mughal rule in India.

In 1638, the Mughal Emperor Shah Jahan moved the capital of his empire from Agra to a newly constructed city in Delhi that he called Shahjahanabad. Along with the construction of this new city, he laid the foundations of his palace, the Red Fort or Lal Qila. This massive walled citadel with red sandstone walls took nearly a decade to complete. It is considered to be better planned than the Agra Fort, as Shah Jahan learned from his experience pf living there. This fort was the seat of the Mughal empire for around 200 years, until it fell into British hands. The last Mughal Emperor Bahadur Shah Zafar was coronated here in 1837, during which time it is said that his powers did not extend beyond the boundaries of his palace. 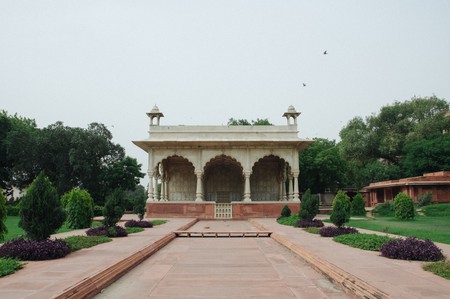 The architecture of the Red Fort is a representation of the cultural intermingling that the Mughals brought to India. It is the culmination of the Mughal style of architecture that began with the first Emperor and that involves a fusion of Persian, Timurid and Hindu traditions. Like in most Mughal forts, among the key rooms to visit are the Diwan-i-‘Am (Hall of public audience) and the Diwan-i-Khas (Hall of private audience). 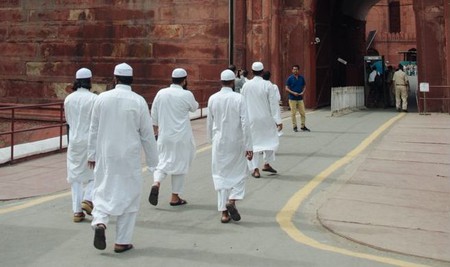 The entrance to the Diwan-i-‘Am has the Naubat-Khana (Drum house), from where musicians played during ceremonies. The Diwan-i-‘Am is a large hall with a nine arch façade. This hall also has an ornamented alcove where the royal throne would be placed. The Diwan-i-Khas is said to have hosted Shah Jahan’s famous peacock throne, before it was taken by the Persian Nadir Shah. Other places of note in the Red Fort are the Rang Mahal (Painted palace), the Mumtaz Mahal (which has now been converted to a Museum), the Khas Mahal (A private house with a chamber for telling beads or Tasbih Khana, a sleeping chamber or Khwabgah, a robe chamber or Tosh Khana) and the Hammam (the ornately decorated royal bathing area, located to the north of the Diwan-i-Khas). Mughal architecture is famous for its beautiful gardens, which is the Hayat-Baksh-Bagh (life giving garden) with its pavilions in the case of the Red Fort. 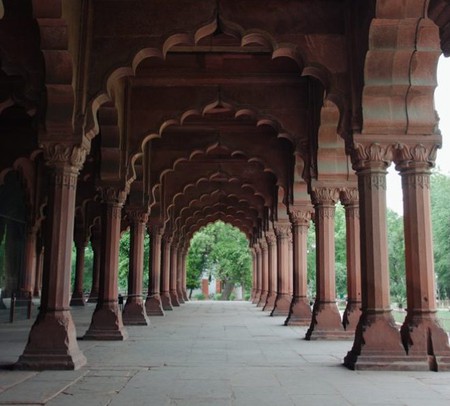 The Red Fort complex, which consists of Shah Jahan’s palace and the adjacent Salimgarh fort built in 1546 AD, is managed by the Archeological Survey of India. It was declared a UNESCO World Heritage Site in 2007. 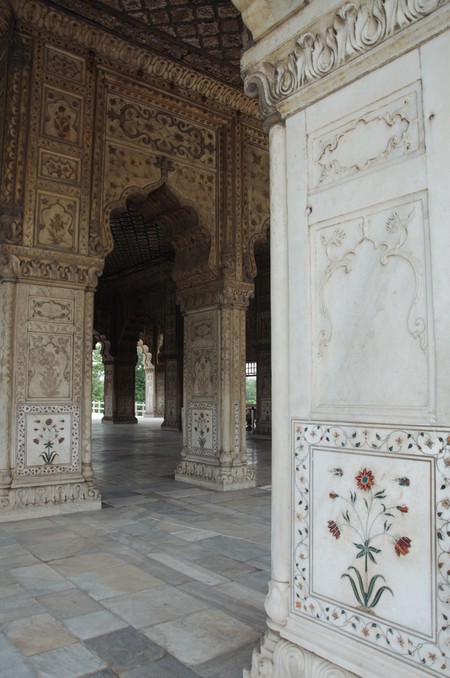 Tips for visiting the Red Fort 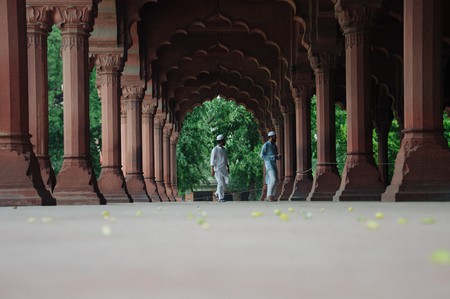