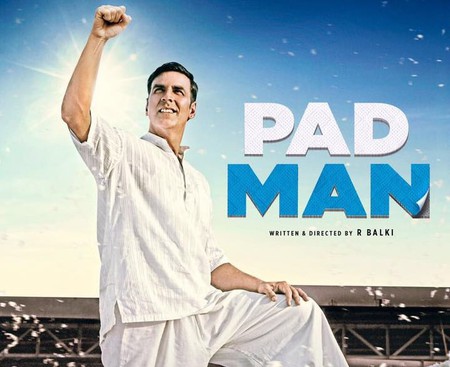 Pad Man is an Indian biographical film about social entrepreneur Arunachalam Muruganantham who invented an economically efficient machine that makes low-cost sanitary napkins for underprivileged women in rural India. The film shows Arunachalam’s difficult journey to revolutionise menstrual health and hygiene in India and how he shattered the stigma around periods, a taboo topic in the country.

Lead actor and co-producer of Pad Man, Akshay Kumar, has certainly taken a bold step with this one-of-a-kind movie since films in India have hardly dealt with menstrual hygiene. In India, menstruation is considered unholy and no one ever discusses hygiene related issues regarding periods. Akshay plays Lakshmikanth Chauhan, a fictionalized version of Mr. Muruganantham who was listed one of the 100 Most Influential People In The World by TIME magazine. The honour was not just for inventing the machine, but also transforming the socio-cultural mentality about women’s health in India. 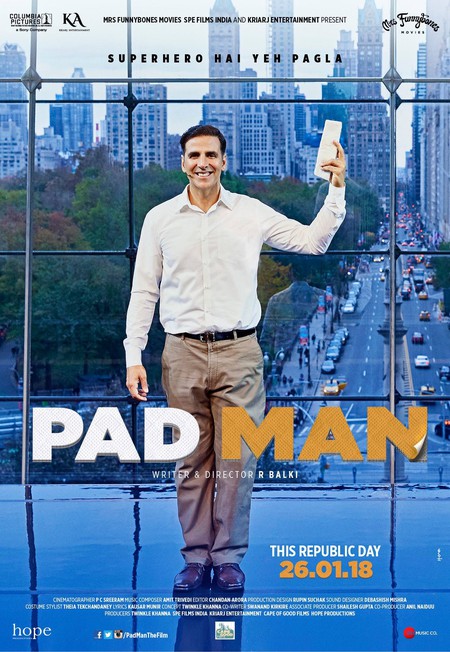 In 1998, Arunachalam saw his newly-wed wife using dirty rag cloth and old newspapers during her monthly period. Even as a school drop-out Arunachalam’s common sense told him that using filthy pieces of cloth, leaves or old newspapers couldn’t be hygienic. As these matters are never discussed with men, his wife was terribly shy and hesitant to talk about it. Upon insisting, he found out that the sanitary napkin brands in stores were too expensive for their monthly household budget and, thus, most women resorted to unhygienic means. He also found out that international companies used cellulose fibers derived from pine wood pulp in machines costing 35 million US dollars to make these pads. Thus, the products had to be sold at a high cost.

Arunachalam closely inspected the sanitary napkins by mega brands and decided to try and make pads on his own. He sourced the processed pine wood pulp from Mumbai and made a machine prototype that could help anyone make sanitary napkins at home with minimal supervision. The machine costed about 1,000 US dollars. Arunachalam tried to persuade his wife to use one of his napkins but she refused. Helpless, having no one to turn to, he mustered courage and asked some medical college students to volunteer, who were left scandalised.

For a country that holds the topic of menstruation as taboo, Arunachalam was practically a lunatic to his community for taking interest in a dirty and unholy matter like this. Word had already spread in his village that Arunachalam was trying to build a machine for making sanitary pads. Eventually, people spurned him and his wife sent him a divorce notice.

Although, his personal life and social reputation was falling apart, Arunachalam was sure that his machine was revolutionary. In 2006, he took his invention to the most reputed engineering institute in the country, Indian Institute of Technology (IIT). After making a few changes to it, IIT registered the machine to the National Foundation’s Grassroots Technological Innovations Award, and Arunachalam won. 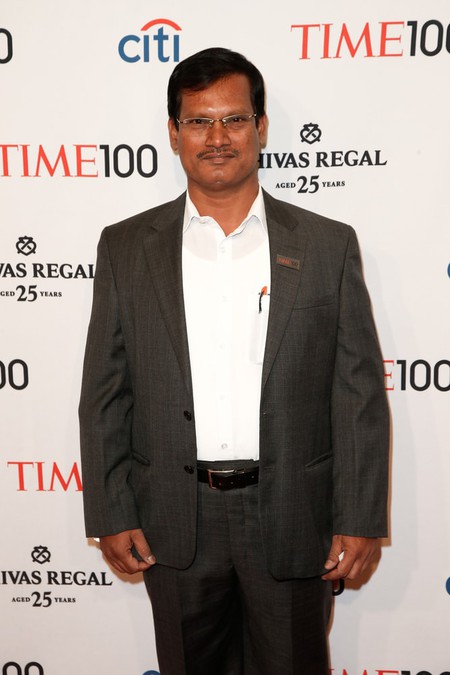 It took years for people to accept Arunachalam as an honourable member of their society. Gradually, women opened up to discussing periods and menstruation, and even agreed to work for him. For his astounding effort, Arunachalam was honoured with Padma Shri, the third highest civilian award in India. He is nicknamed ‘the menstrual man’. After seven-and-a-half years, his wife decided to reconcile and live with him again. What seemed appalling to the people when he had started working on his machine, became acceptable. Arunachalam had done much more than just make a machine. He brought a much-needed change in the cultural norm regarding periods and has helped save thousands of lives in the country.