Nagpur: The Forgotten Heritage of 3000 Years 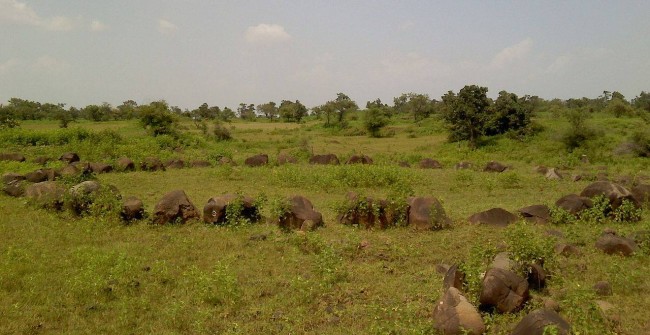 According to Hindu Epic Ramayana, Lord Rama built a beautiful hut to rest at a place not far from present day Nagpur, and it was there that he took a vow to get rid of all demons in the world. Many years later, a scholar called Kalidas composed his work of art – a poem called Meghduta. That place called Ramtek is located at around 40 km from Nagpur, and is a temple that celebrates the vow of Lord Ram and a ‘Smarak’ (monument) to mark the place of work of the famous poet Kalidas are located there. In these classical oral scriptures, ‘Nagpur’ as word is never mentioned, so there are different theories regarding the etymology of ‘Nagpur.’

Physical and scientific evidence of a human settlement in Nagpur can be traced back 3000 years, as structures from around 8th Century BCE were un-earthed in 2008. During excavations at Junapani and Drugdhamna, Menhir Burial Sites (stone obelisks) were discovered that indicate existence of a megalithic culture in the Nagpur area.

The region around Nagpur was flourishing in the early centuries of the Common Era, but the name of Nagpur is noticed for the first time in a record of the tenth century A.D. A copper-plate inscription of the Rastrakuta king Krishna III. Dated around 940 CE and discovered at Devali in the Wardha district, it records the grant of a village situated in the visaya (district) of Nagpura-Nandivardhana.  In the 12th century the Yadavas rose to prominence and extended liberal patronage to arts and literature, and their unique ‘Hemadpanti’ (named after Hemadri, a minister in Yadava Court) architecture came into vogue. Temples build in this style can be found throughout Vidarbha. In the Nagpur district they exist at Adasa, Ambhora, Bhuganv, Darsevani, Savner, Ramtek and some other places. 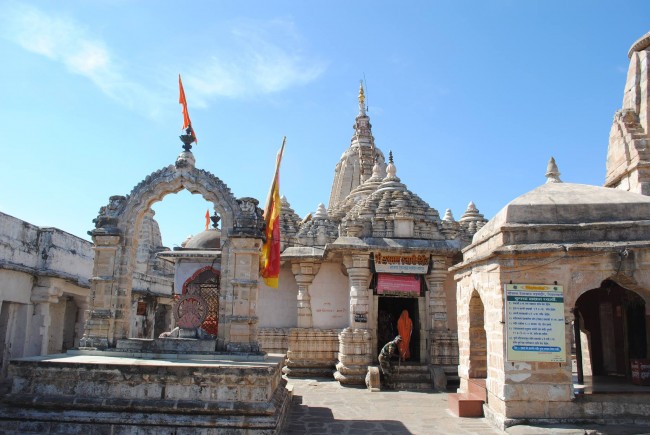 After the fefeat of Yadavas at the hands of Allauddin Khalji in 1294, the hold of Yadavas loosened over the Nagpur Area, leading to a time when the Gondwana tribes tussled with the Gavali tribes for control. According to Gond Legends, King Jatba of the region was considered a mythical hero and his birth contains the secret to how Nagpur got its name. After his birth, he was protected by a cobra, who came and spread its hood over him during the heat of the day when his mother left him to go to her work. The forts of Patansaongi and Nagardhan in Nagpur District are attributed to him. It is said his childhood savior, the cobra, inspired him to name his outpost Nagpur.

The credit for settling the town of Nagpur goes to the Gond king Bakht Bulanda of Devagad. Bakht Buland was a capable ruler. He extended his kingdom reaching up to the borders of Berar from north and east, and founded the city of Nagpur by joining the twelve small hamlets formerly known as Rajapur Barsa or Barasta. He constructed roads, divided the city into wards and erected a strong wall around it as a protective measure. After the demise of his successor, Chand Sultan, a series of Marathi rulers came to power, starting with Raghoji Bhonsale, who conquered the territories of Deogarh, Chanda and Chhattisgarh by 1751. Marathas consolidated the Administrative base built by the Gonds. It was around this time that the areas like Mahal and Itwari rose to prominence. In fact just before the Third Anglo-Maratha War, Mudhoji II Bhonsle the then Maratha King of the Nagpur Kingdom, built Sitabuldi Fort. 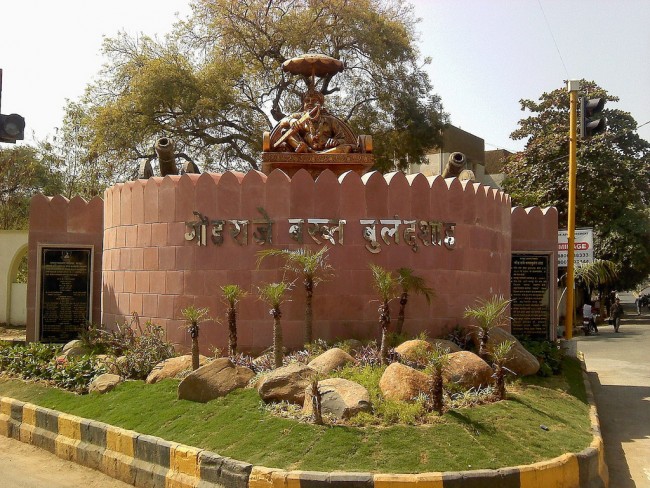 The Third Anglo-Maratha War resulted in Nagpur ceding its control to the British. From 1853 to 1861, the Nagpur Province (which consisted of the present Nagpur region, Chhindwara, and Chhattisgarh) became part of the Central Provinces and Berar and came under the administration of a commissioner under the British central government, with Nagpur as its capital. Berar was added in 1903. The advent of the Great Indian Peninsula Railway (GIP) in 1867 spurred its development as a trade centre. The British gave Nagpur most of its landmarks. The classic limestone Buildings of the Reserve Bank of India and the Nagpur Railway Station still exude the same majesty that they would have done immediately after their construction.

Jamsetji Tata wanted to make textiles in Nagpur in the 1800s with the cotton grown there. Nagpur had no textile industry then, and in Manchester Jamsetji was told that Nagpur’s weather was not suitable, as it was too dry. He imported humidifiers and started India’s first textile mill at Nagpur, formally known as Central India Spinning and Weaving Company Ltd. The company was popularly known as ‘Empress Mills’ as it was inaugurated on 1 January 1877, the day Queen Victoria was proclaimed Empress of India.

After Indian Independence in 1947, Central Provinces and Berar became a province of India, and in 1950 became the Indian state of Madhya Pradesh, again with Nagpur as its capital. However, when the Indian states were reorganized along linguistic lines in 1956, the Nagpur region and Berar were transferred to Bombay state, which in 1960 was split between the states of Maharashtra and Gujarat. The rest of Nagpur’s History is very well known and documented and it is now on way to become one of India’s buzziest cities.