Marine Drive: The Heart And Soul Of Mumbai 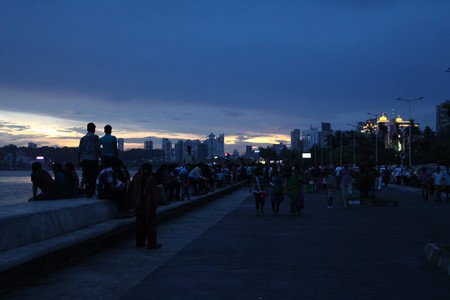 Marine Drive (also know as Queen’s Necklace, also known as Netaji Subhash Chandra Bose Road) is a three kilometer sea-facing promenade that starts at Nariman Point and goes on to Babulnath. With an uninterrupted view of the Arabian Sea, Marine Drive is undoubtedly among the most peaceful places the bustling city has to offer. 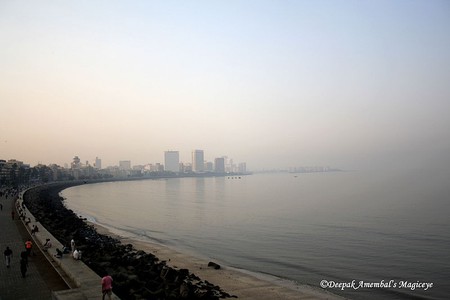 Going back to the early 1920s and 1930s, Marine Drive has always been a prestigious locality in the city. In the early days, traditional Parsi houses and buildings dotted the esplanade, and many still stand today. While most of the old buildings have been replaced by new ones from the 1960s, a lot of luxury hotels like The Oberoi, The Trident, Hotel Marine Plaza, and The Intercontinental also dot the esplanade, with palm trees adorning the footpath.

This is one of the few places in Mumbai that has its own iconic Bollywood career. It is said the Amitabh Bachchan spent his initial days in Mumbai sleeping on a bench on Marine Drive, and the films that have been shot here, like Muqaddar ka Sikandar, CID, and the very recent Wake Up Sid, highlight the soulful presence of Marine Drive.

After the sun sets in a gorgeous explosion of reds, golds, and pinks, Marine Drive lights up yet again in gold. Try and experience an aerial view of this breathtaking sight: it can’t be experienced anywhere else in the world. Recently, there was a debate and the government considered replacing the yellow lights with white LED lights, but the Mumbaikars (as localites from Mumbai are fondly called) united and compelled the government to change their minds. 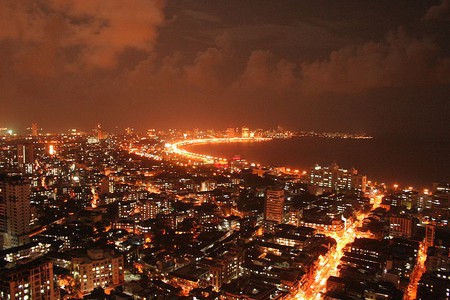 Must Dos on Marine Drive

There are various things that can be done when at Marine Drive, and some of them are things that you have to experience at least once in your lifetime: 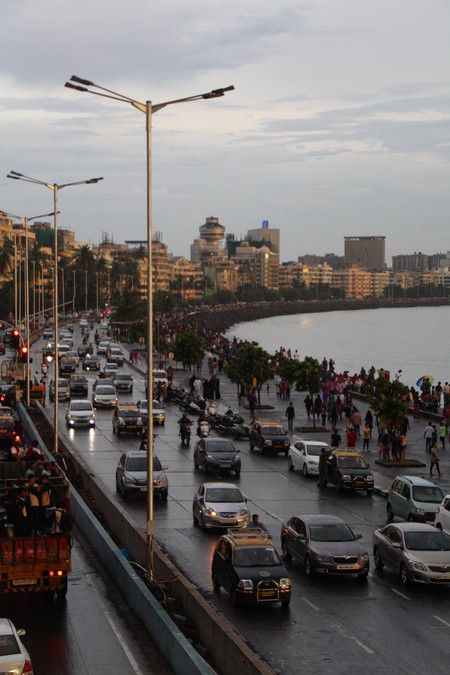