Lieutenant General J.F.R. Jacob: An Indian Officer With A Difference 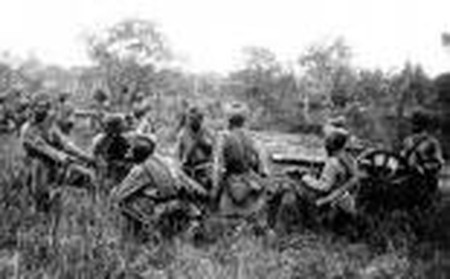 A profile of Lieutenant General J.F.R. Jacob, one of the most influential military leaders in India’s history, whose family was descended from ‘Baghdadi Jews’ who had emigrated to India several centuries before. Beryl Belsky shares her thoughts on this fascinating historical leader. 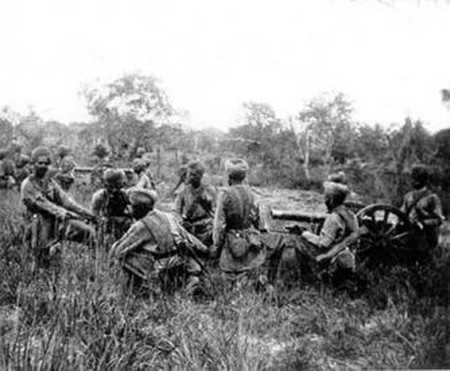 The 1971 war between India and Pakistan is sometimes compared to the 1967 six day Arab-Israeli war because of its brilliance and swiftness (13 days). The man who masterminded and led this war, and who ultimately accepted Pakistan’s surrender, was Major General (then) Jack Frederick Ralph (or Jacob-Farj-Rafael) Jacob, a Jewish Indian from Calcutta (Kolkata).

Jacob is the scion of an old Baghdadi Jewish family that immigrated to India some 200 years ago. Despite the appellation, the term ‘Baghdadi Jews’ refers not only to Jews from Iraq, but also from Syria, Iran, Afghanistan and Yemen.They came to Bombay, Calcutta and Rangoon in order to escape persecution in their native lands. Within the eclectic, all-embracing fabric of Indian society, the status of those outside the Hindu caste system − Muslims, Christians, Jews, Buddhists, Jains and Sikhs − varies. Even the main Jewish communities − the ancient Bene Israel and the Cochinis, as well as the newer Baghdadis − have their own hierarchical relationship with each other and with the rest of Indian society. The Baghdadis, a traditional, tight-knit Jewish community that engages mostly in business, integrated well into Indian society and prospered.

Rather unusually, perhaps, the young Jacob, born in 1923, was sent to a British boarding school in Darjeeling, in the Himalayan foothills, some 500 km from his home in Calcutta. Despite the opposition of his father, in 1941 he enlisted in the British army in order to fight the Nazis, whom he had heard were committing atrocities against the Jews. However, for the majority of his time he found himself fighting the Japanese in Burma, Sumatra, and other parts of south Asia. Deciding that he liked the military life, he continued to serve, and after India gained independence in 1947, he joined the new national army, rising rapidly through the ranks until his retirement, 37 years later, with the rank of Lieutenant General. 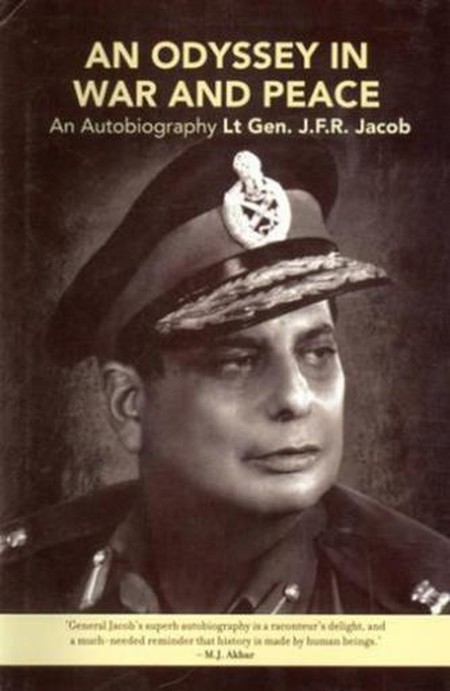 The highlight of his career was undoubtedly the 1971 Indo-Pakistani war. After India was partitioned along religious lines in 1947, Muslim Pakistan consisted of two geographically and ethno-linguistically separate parts, West Pakistan and East Bengal (later East Pakistan), originally part of the historical region of Bengal. (The mainly Hindu state of West Bengal remained a part of India.) Although East Pakistan was the more populous, it was much poorer, and political and economic power lay firmly in the hands of West Pakistan. Unrest and calls for autonomy in the East mounted, reaching a climax in 1971 when Pakistani ruler Yahya Kahn cracked down on the rebels and millions of Bengalis belonging to the Hindu minority in East Pakistan fled to India. After Prime Minister Indira Gandhi’s government began assisting the rebels, Pakistan attacked India.

Two years previously Jacob had been appointed chief of staff of the Eastern Command and it was he who prepared the battle plans for the swift surrender of the Pakistani army in East Pakistan. The idea was to bypass Pakistani forces and conquer Dhaka, the heart of the eastern province. After 13 days, and despite reservations among senior officers of India’s Central Command, Jacob decided, during a temporary ceasefire, that the time was ripe to travel to Dhaka to demand the unconditional surrender of Pakistani General Amir Niazi. He gave Niazi exactly 30 minutes to deliver his answer. Three times Jacob asked him whether he accepted the ultimatum granting him and his forces safety if he surrendered publicly. When Niazi didn’t answer, Jacob declared that he interpreted his silence as agreement to the terms. Ninety-three thousand Pakistani soldiers subsequently surrendered in a public ceremony the following day.This was the first and perhaps the only public surrender in modern military history. Niazi, who was reprimanded severely by the commission set up to investigate the debacle, would later accuse Jacob of blackmail. Jacob’s Surrender at Dacca: Birth of a Nation (1997) is described by reviewer George K. Tanham in the journal Studies in Conflict and Terrorism, as ‘a colorful and frank first hand account [of the war] from the Indian point of view.’ The defeat of the Pakistani army in East Pakistan led to the formation of a new sovereign state, the People’s Republic of Bangladesh.

Following his retirement, Jacob joined the business world, but retained his ties to the government establishment. He demonstrated both the determination and efficiency he displayed in the military when he served from 1998 as governor of the state of Goa, where he is almost revered. ‘Once there was a governor here who… took far-reaching decisions to save our natural resources from the miners and the government that is enslaving them,’ one Goan citizen told India-based journalist Aimee Ginsburg, ‘and by the way, he was a Jew.” Indeed, not only did Jacob move to protect Goa’s water resources and huge swathes of its jungles, but he cracked down harshly on corruption. His declaration of a state of emergency in the wake of a series of political crises enabled him to carry out numerous reforms and measures to conserve Goa’s natural resources. ‘For me,’ he told Ginsburg, ‘saving those forests was a greater achievement than Pakistan’s surrender.’ A few years later he was appointed governor of the large and prosperous state of Punjab and after that, administrator of Chandigarh (Aimee Ginsburg, ‘The General of the Eastern Command,’ 24 Hour Supplement, Yedioth Aharonot, Oct. 2, 2011).

Nearing his 90th year, Jacob lives alone quietly in Delhi. He never married. Interestingly, he says in his book: ‘Although I was one of only a few Jews in the army, I never came across any antisemitism, only enthusiasm and acceptance.’ This statement is perhaps testimony to India’s openness and pluralism. ‘The secret of India’s tolerance is the Hindu belief which confers legitimacy on a wide diversity of cultural and religious groups even as it forbids movement from one group to another,’ concluded Raphael Meyer, an expert on the Jews of Cochin.

Beryl Belsky is a graduate in East Asian Studies from the Australian National University and currently works as an academic editor at Tel Aviv University. Her blog, The Asia Collection, from which this article is taken, offers the Western reader glimpses into some lesser known aspects of Asia, as well as into subjects connected to the region that are of interest to her personally.