A train ride or a flight to Delhi from any city in India, followed by a 12 hour long drive from India’s capital city; getting to Kasol could be long and almost unending. Once you’ve been through this, Kasol is a beauty amongst the hills of Himachal Pradesh. If you’re a traveler looking to experience something different, Kasol is an ideal town to explore. 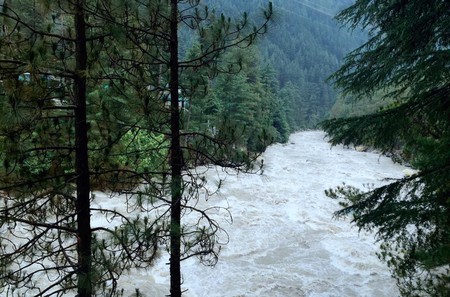 Kasol is a hamlet in Himachal Pradesh discovered by travelers. Kasol’s beauty lies in its location as well as its people, and it is commonly known as ‘mini-Israel.’ The common name persists because many of the inhabitants here are Israelis rather than the Himachalis and other foreigners. Kasol is fitted snugly in the Parvati Valley and is sure to offer breathtaking views of the valley and mountains to everyone who visits. It’s reputation as a mini-Israel also brings along other hippie aspects to life in Kasol – from drum circles to moonlight parties, Kasol has it all if you know where to look. 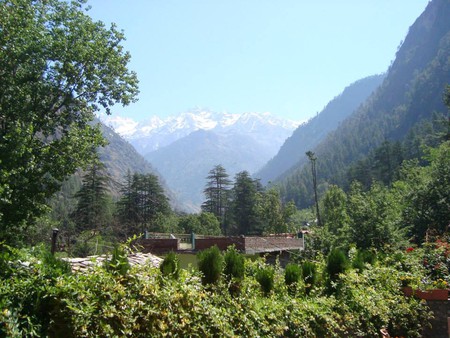 The Mountain View at Kasol

For those who are foodies, the momos, pizza, fries, and baked items from German Bakery are a must-try. While visiting, however, one shouldn’t miss the Israeli food at the many cafés. For those who love the outdoors, Kasol is like paradise. Treks to Malana or Kheerganga begin from here. And for tranquility, walking along the banks of the Parvati to the other nearby villages is a great way to help you clear your mind. For those who know what else Kasol is famous for, there is no reason not to visit. 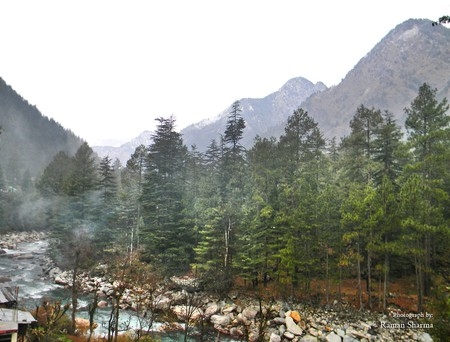 Aditi Mehta, a Mumbai resident who visited Kasol last year, shares, ‘I went to Kasol mainly because it is not crowded and commercialized like Shimla or Kasauli. We went during the month of June, so it wasn’t too cold or hot. The weather was just perfect. I remember waking up early every morning and walking or sitting on the banks of the river Parvati. If heaven exists, I think it would be nothing less than this. And the best part – it wasn’t even too crowded. Majority of the folks here are Israeli, and you find cafés and restaurants that serve authentic Israeli food. Momos, paranthas and pancakes were delicious! Since Kasol is located at a high altitude, I recollect at one point that the place was covered with clouds. It was beautiful.’

Kasol is an experience. The easiest and most popular route to getting here is by taking the overnight train from Delhi to Bhuntar and then proceeding to take the local bus onwards. You can also hire a private taxi, though that is substantially more expensive. Do check the weather reports before entering this region as erratic weather is not unheard of and may disrupt your travel plans.