Kalka-Shimla Toy Train: One of the Most Beautiful Railway Journeys on Earth 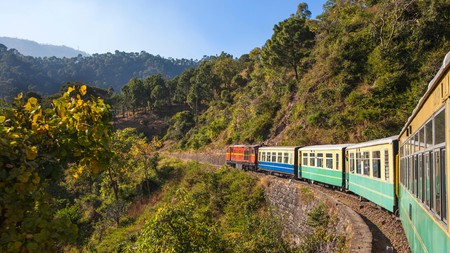 Step back in time aboard the Kalka-Shimla Toy Train, a UNESCO World Heritage Site that connects the Indian plains to the ‘Queen of Hills,’ Shimla. Built in 1903, this toy train ride is one of India’s most incredible feats of engineering covering a staggering 102 tunnels, 864 bridges and 919 stunning curves.

Spanning some 60 miles, the Kalka-Shimla Toy Train is said to be one of the most scenic railway journeys in India. And, with a route that encompasses a vast display of awe-inspiring landscapes, it’s easy to see why. This journey runs on a narrow gauge from Kalka to Shimla, treating passengers with breathtaking views of rugged mountains, lush pine forests, waterfalls, valleys and picture-perfect hill stations along the way that will definitely tempt you to disembark and bask in their beauty. The whole journey takes about five and a half hours. 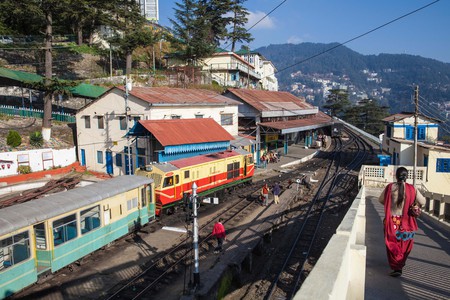 Soon after the first Anglo-Gurkha war, Shimla (then, called as Simla) was established by the British. In 1864, the town became the summer capital of the British Empire and even served as the British army’s headquarters. But the only snag was connectivity – to reach Shimla, the only mode of transportation was a bullock cart that traversed through mountainous terrain, which was unsteady, dangerous and took a long amount of time. So, for easy and quick access to Shimla, the Kalka-Shimla narrow gauge was started in 1903 and was referred as the ‘British Jewel of the Orient’. The maiden journey of the train was taken by the then Viceroy of India, Lord Curzon. And since then, the train has been operating regularly and has become an iconic symbol of Shimla that is cherished by locals and tourists alike. 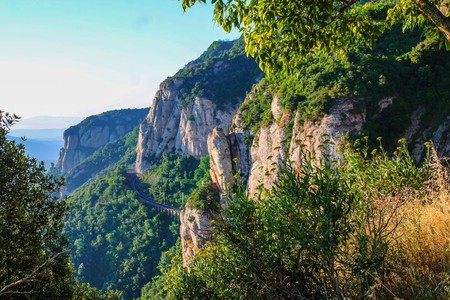 View of the train track | © Shutterstock

The Kalka-Shimla train allows passengers to see mesmerizing sights and hamlets that they would have otherwise never witnessed. The route starts from Kalka, located in the Panchkula district of Haryana, from zero metres, winding its way upwards along the narrow track. At 656 metres, the train starts climbing uphill, passing through the 18 stations and reaches Shimla, located at an elevation of 2, 076 metres in the lap of the Himalayas. As the train ascends through steep mountains and curves, its speed slows down.

The highlight of the journey is Barog station, which has the longest tunnel (tunnel 33) on the route, stretching 1, 143.61 metres. Also, bridge number 226 is an architectural marvel that passes over a deep valley surrounded by steep hills on both sides. However, it is difficult to see this bridge from the carriage. 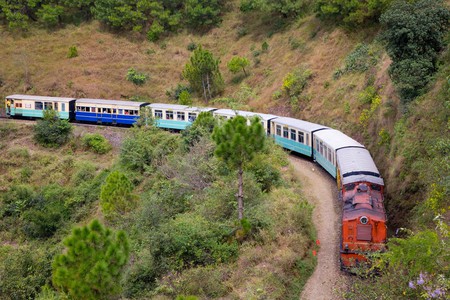 Trains and their times

There are three major tourist trains operating on the Kalka-Shimla route:

This train looks like a bus with a glass roof and can accommodate up to 18 passengers. It is an express service with food on offer, and there is only one stop, at Barog. 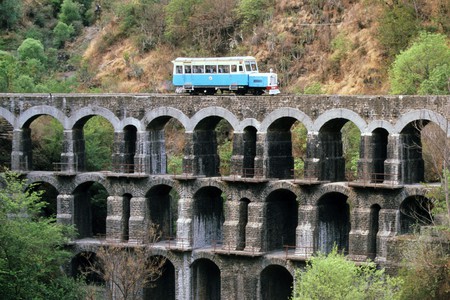 This is a super fast train fitted with reversible cushioned seats, carpet, food and soothing music that runs throughout the journey. There are no stops in between, but you can soak up the mesmerizing views from the wide-glass windows that even open. 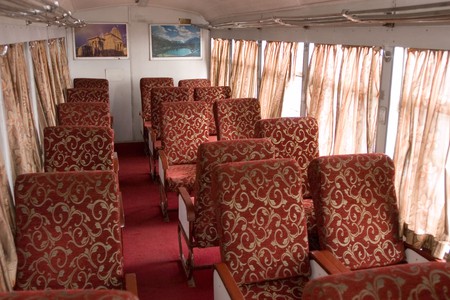 This train service is equipped with standard car seats and has nine halts. Passengers can get off at the stations along the way and nourish their eyes and soul with beautiful scenery.

There are two heritage carriages also operating on this route: Shivalik Queen and Shivalik Palace Tourist Coach. Both are luxury services, complete with ultra-modern facilities, including an onboard kitchen, refrigerator, dining table and folding cushion beds. These trains usually operate once a week, from March until September. During high season (May-July, September-October and December-January), due to a heavy tourist influx, several special holiday trains also run on this route. 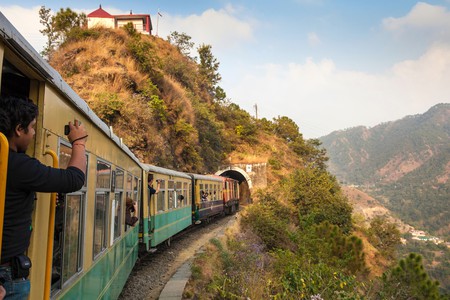 How to make a reservation

You can book a ticket for the Kalka-Shimla Toy Train at a railway station counter or online. For heritage carriage trains – Shivalik Queen and Shivalik Palace – you can opt for the special packages offered on the IRCTC website.