Jo Baka: Watch These Films Before Your Ahmedabad Trip 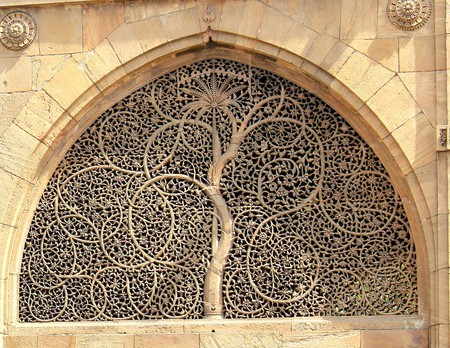 Ahmedabad is the most vibrant city when it comes to highlighting the culture, hospitality and the gastronomical delights of Gujarat. Here are some must-watch films (regional, Bollywood, indie, documentary and international) to give you a whiff of Gujarati culture – the cradle of non-violence, the host of the longest dance festival on earth (Navratri) and the friendly folk who love to eat, meet, play cricket, fly kites and have majja ni life!

Touted as an urban Gujarati film, the release of Kevi Rite Jaish brought a change in the perception of the Gujarati film industry. The film is a comical satire on the obsessive fascination of Gujaratis wanting to migrate to the USA. ‘Pankhida,’ a song from the film sung by Suraj Jagan, became a viral hit; it is a rock version of a popular garba song and offers an apt glimpse of the roller coaster ride that is this youthful film, shot beautifully in 30-32 locations in the city of Ahmedabad.

Bhavni Bhavai is Ketan Mehta’s debut film and critically acclaimed as one of the best Gujarati films of all times. This film borrowed elements from the popular folk theatre of western India called Bhavai. The award-winning film is a satirical social commentary on the Indian caste system. Innovative storytelling, enhanced by ethnic costumes, folk music, dance, drama and dialogue make for a lyrical experience. The film stars Naseeruddin Shah, Om Puri and Smita Patil – the finest film actresses of their times. The final sequence of the step-well was filmed at World Heritage Site Rani ki Vav in Patan, Gujarat.

A heart-warming documentary on Gujarat’s famous kite-flying festival, Uttarayan, is told through a boy’s story. Ahmedabad is a city, popularly known as ‘Amdavad,’ of spirited people who love kite-making and kite-flying. This is one festival where you can see a 60-year-old and a six-year-old perched on their rooftops flying and fighting for a kite.

Adapted from Chetan Bhagat’s novel, The 3 Mistakes of My Life, Kai Po Che! is a Bollywood film revolving around the lives of three friends in Ahmedabad. It follows how their relationships and entrepreneurial spirit is tested during the devastating earthquake in Gujarat in 2001, followed by the communal riots in 2002.

This film won a National Award and was selected as India’s official entry to the Oscars, the first Gujarati film ever to be selected to represent India at the Oscars. The film’s multi-linear narrative revolves around a local Kutchi highway and is a tale of love, loss, hope and compassion that takes viewers on a journey of unseen India.

Patang is a poetic indie film. Shot in a naturalistic style in the heart of the old city of Ahmedabad, the film weaves the past and present of six people and their journey amidst the kite festival, music, food, rooftop flirtations, bike rides and vibrant hues of color and light.

The film’s story revolves around a painting. It’s a refreshing movie about friendship, moral values being put at stake and redemption. The film also refreshes your Guajarati vocabulary with catchy songs like ‘Rakhad Rakhad!’ Watch the song below to understand what Rakhdapatti truly means – it is a traveler’s delight!

Though the film is about the coming together of two cultures, a significant part of the film is shot at India’s premiere B-school, IIM-A (Ahmedabad) campus and at Gol Limda Bhajiya house near Astodia darwaja, Ahmedabad railway station and the famous Rambhai ki kitli outside the IIM Ahmedabad campus.

These are nationally and internationally acclaimed films on the violence and aftermath of the 2002 communal riots in Gujarat – one is a documentary, one is an international film and the other a Bollywood anthology. These films serve as a reminder that even though Ahmedabad comes alive with its food, festivals and monuments, it also burned and witnessed a large-scale massacre that left an indelible mark on its subconscious as a city.

This is a realistic film based on the milk cooperative movement, which ushered in the era of plenty. Don’t miss the beautifully sung folk song ‘Mero Gaam’ by Preeti Sagar and performances of timeless actors such as Smita Patil and Girish Karnad, Mohan Agashe, Amrish Puri, Kulbhushan Kharbanda and Naseeruddin Shah.

And, if the delectable sugary-savory Gujarati snacks baffle you, do not miss this movie clip from 3 Idiots to tempt your taste buds…!